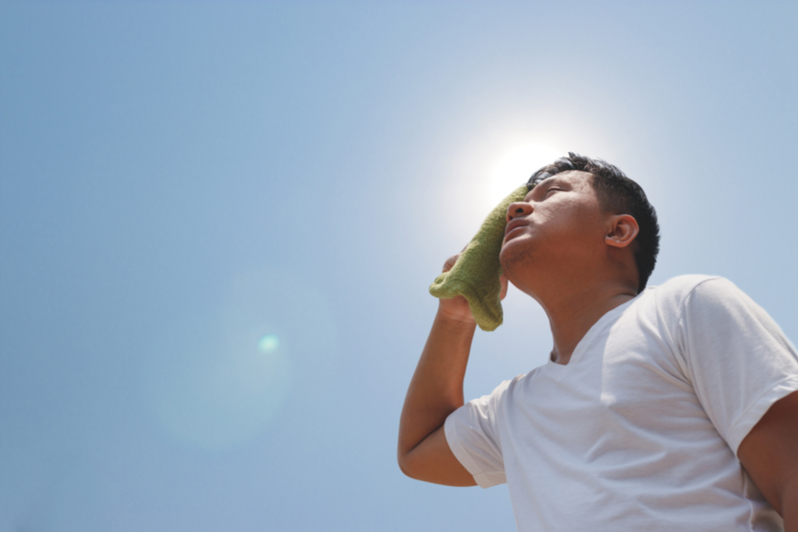 It’s no secret that Texas can get toasty. It’s arguably the hottest place in the country, and as populations grow it only continues to get hotter. But which days in Texas history really take the cake on the mercury scale?

5 – June 26 and 27, 1980 (113 degrees). The summer of 1980 was not kind to Texas residents, with temperatures rising well into the three-digits. Dallas and Fort Worth hit record highs for a couple of these days, with Thursday, June 26 bringing temperatures to a roasting 113 degrees and Friday continuing the trend.

3 – June 27, 1994 (116 degrees). Forget April, June keeps proving itself as the cruelest of months with yet another ranking on our countdown. This time, the year is 1994 and the place is … multiple places. Midland–Odessa took the top spot with a high of 116 degrees, but Lubbock wasn’t far behind at 114. Luckily for Midland-Odessa residents, 114 degrees followed a day later. What a relief.

2 – June 28, 1980 (117 degrees). The runner-up spot goes to Wichita Falls, once again in June 1980. The whole weekend was a scorcher, with the whole state running triple-digit temperatures but Wichita had it the worst, finishing the day at 117 degrees.

And the No. 1 hottest day in Texas is two days: August 12, 1936, and June 28, 1994 (120 degrees). The familiar 1994 heatwave returns to the rankings but shares the top spot with the earliest heat atrocity on record. Both Fort Worth and Seymour hit a statewide record high of 120 degrees on that Wednesday in 1936, the likes of which was not seen again until Monahans’s 1994 reading.

With temperatures like these and plenty of others that barely missed the list, it’s no wonder Texas has a reputation as the hottest of the hot. But we still consider the state #TexasCool. Stay cool this summer, and make sure your air conditioner is ready for the blast.

This week’s #TexasCool reader question: Who are the Top 5 Texas musical artists? Give us your answers in any of the following ways: on Twitter (@chooseenergy) and Instagram (@choosetexascool), on our Facebook page (in a comment on any of our #TexasCool posts), or by email.