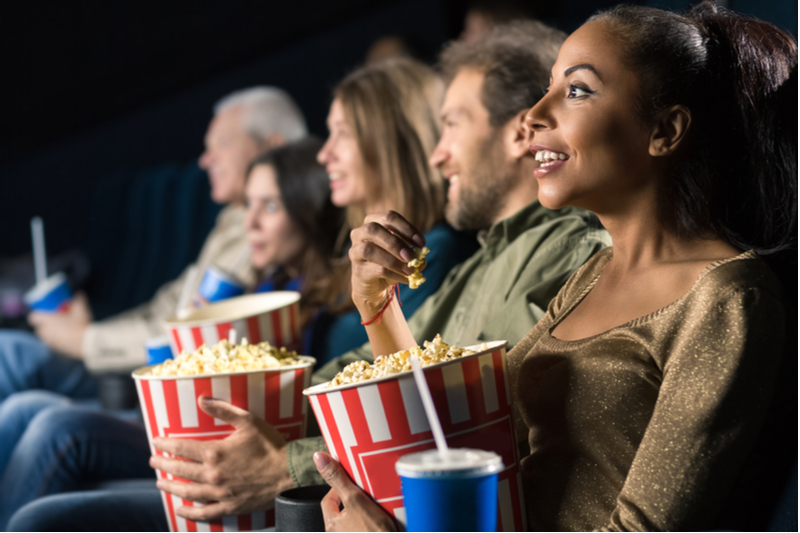 Texas is big, of course, and it’s no shocker that it’s big in movies. We put the question – What’s the best movie about Texas? – to readers and experts, and the candidates for best picture are all over the place. Spoiler alert: Because of all the great Texas movies, there’s no Bonnie & Clyde, no North Dallas Forty, no Texas Chainsaw Massacre. Here are the movies that made the cut:

5 – Giant. Starring James Dean (in his final role before his fatal car wreck), Elizabeth Taylor, Rock Hudson and a bunch of others (including a young Dennis Hopper), the movie mixes ranching, oil, and more for a true Lone Star saga.

4 – The Richard Linklater Division. The epic Boyhood, Dazed and Confused, Bernie, and Slacker head the list of Texas-focused movies from the acclaimed filmmaker.

3 – The Larry McMurtry Division. Movies based on his books include The Last Picture Show, Terms of Endearment, and Hud – 10 Academy Awards among them. And that’s not including Lonesome Dove – perhaps the greatest TV mini-series of all time and winner of seven Emmy Awards.

2 – Friday Night Lights. What’s more Texas than high school football? Did it win a bunch of awards? No. But it stars the great Billy Bob Thornton (who’s from Arkansas but ought to be from Texas) and spawned a critically acclaimed TV show as well.

And the No. 1 movie about Texas … No Country for Old Men. A Coen Brothers classic about a hunter who stumbles across the aftermath of a drug deal and becomes the hunted. Starring Texan Tommy Lee Jones and winner of a Best Picture Oscar.

Next week’s #TexasCool reader question: What are the best breweries in Texas? Give us your answers in any of the following ways: on Twitter (@chooseenergy) and Instagram (@choosetexascool), on our Facebook page (in a comment on any of our #TexasCool posts), or by email.