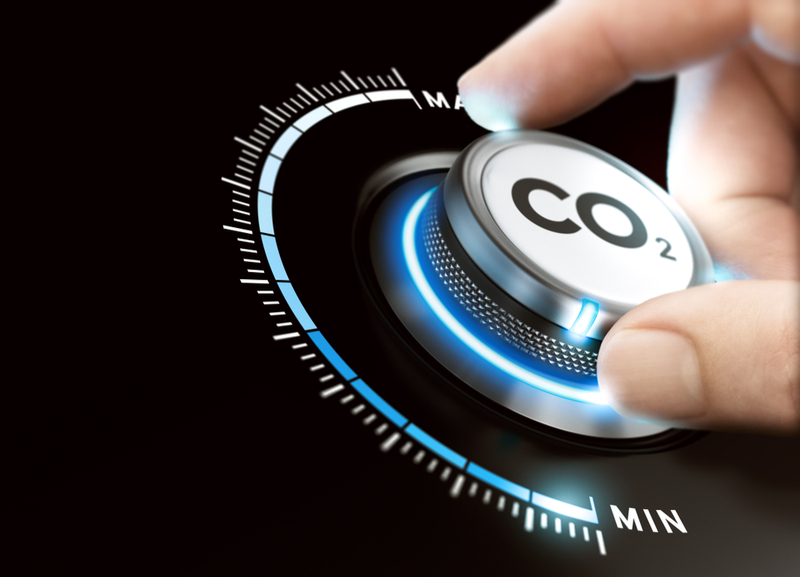 “Addressing climate change is a priority for our company as it presents one of the greatest challenges and opportunities of our time,” explains Mauricio Gutierrez, NRG’s president and CEO. “By realigning our carbon reduction efforts to the new climate imperative, we create value for all stakeholders and lead our sector towards achieving a sustainable future.”

Another ambitious carbon reduction plan was presented by Irving-based Vistra Energy. The company, which provides power to 20 states, committed in October to cutting carbon output by more than 50 percent by 2030 and more than 80 percent by 2050.

American Electric Power, the parent company of AEP Texas, also recently unveiled a plan to slash carbon output. In September, the utility said it will cut carbon emissions by 70 percent by 2030, instead of its original goal of 60 percent. A spokesman added that the company’s aspirational goal is zero net emissions by 2050, although its official target remains set at a cut of 80 percent. CEO Nicholas Akins praises the “significant progress” already made by AEP in reducing emissions, adding, “Technological advances, including energy storage, will determine how quickly we can achieve zero emissions while continuing to provide reliable, affordable power for customers.”

Although these targets and many others outlined by utilities across the country sound ambitious, some analysts are not convinced. Concerns include the continued support well into the future for coal and gas power plants, accounting techniques that make targets look more impressive than they really are, and the challenge of developing the new technologies required for a low-carbon or carbon-free power grid.

Many major utilities continue to build large amounts of natural gas plants. The natural gas sector is booming in Texas and beyond. Duke Energy, for example, which operates across six states and generates more electricity than any other US company, plans to construct 7.6 gigawatts of gas plant capacity in North Carolina and South Carolina by 2030. Given that the investments required to build a new plant are considerable, energy providers usually require several decades to recoup the money through profits from running the plant. This provides a powerful incentive for gas plants to run up until 2050 and beyond.

Eli Kasargod-Staub, executive director of Majority Action, a non-profit that campaigns for utilities to do more to adopt green energy, believes utilities have a stark choice. “Will these utilities be realigning their near-term capital investments to be eliminating carbon emissions as rapidly as possible, or will they continue with major fossil fuel projects and claim they are in line with a net-zero target?” she asks.

While gas plants emit CO2, coal power plants represent an even bigger challenge for utilities trying to get their carbon output down. Michigan-based DTE Energy, while claiming it plans to cut its emissions to net zero by 2050, still intends to operate the Monroe coal power plant until 2040. Monroe is one of the largest coal-powered generators in the country and has been running since the 1970s.

For Daniel Cohan, a professor in environmental engineering at Rice University, such decisions raise serious doubts about the credibility of a utility’s carbon reduction plans. “Any plan that leaves a substantial amount of coal around isn’t a serious climate plan,” he states.

Supporters of the utilities’ efforts at carbon reduction point to the industry’s declining emissions over recent years. Figures from the Energy Information Administration show carbon emissions from utilities were down 28 percent between 2005 and 2018.

However, the reductions from some utilities may be less impressive than they appear. According to E&E News, AEP reports that its carbon emissions dropped by 59 percent between 2000 and 2018. The date of 2000 was chosen as the starting point because this was when AEP merged with Central and Southwest Corporation, meaning that the utility could count all power plants from both companies in its carbon emissions. The 59 percent reduction also includes plants which AEP sold during the subsequent 18 years. While this approach allows AEP to boost its overall carbon reductions, the sold plants continue to emit carbon under their new owners.

Summing up the mood among the utilities’ critics, Joe Daniel at the Union of Concerned Scientists questions whether the growing number of long-term targets being announced by utilities will result in substantial change. “Some utilities are looking at what their current plans are, finding a way to make that look ambitious, even though it’s business as usual, and trying to take advantage of the good press opportunity for touting their emission reductions,” argues Daniel. “I am genuinely concerned that this won’t translate into support for policy-driven emission reduction, whether it is carbon regulation, policy incentives or whatever that policy may be.”