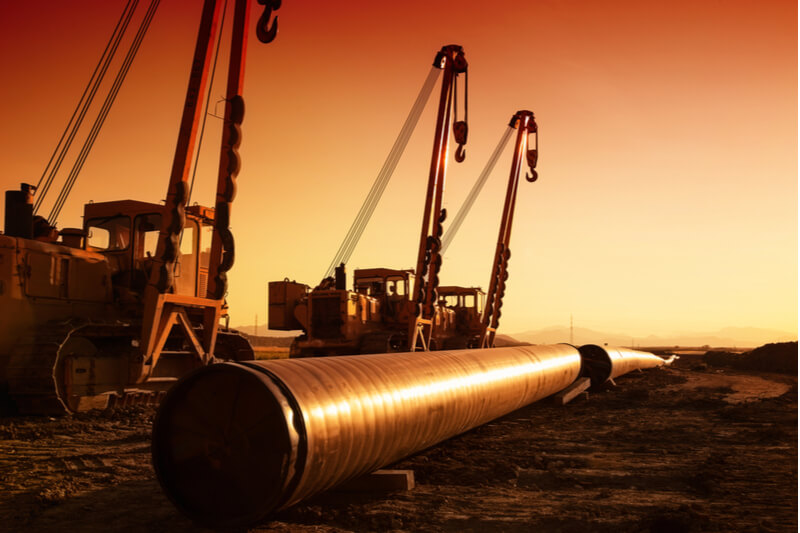 Duke Energy and Dominion Energy recently announced they were walking away from the $8 billion Atlantic Coast Pipeline being constructed in West Virginia, Virginia and North Carolina.

Dominion sold the assets to Berkshire Hathaway for $9.7 billion, according to Forbes.

The 600-mile multi-state natural gas pipeline was proposed in 2014. But it’s been plagued with permit delays and litigation skyrocketing the project’s original estimate of $4 to $5 billion ever since it got off the ground.

The sale of the Atlantic Coast Pipeline is the “largest deal announced this year to buy U.S. energy assets,” according to Bloomberg. The pipeline announced the cancellation in a July 5 media release citing “too much legal uncertainty” as the cause of the bailout.

In a joint statement on the project’s website, Dominion Energy CEO Thomas Farrell and Duke Energy CEO Lynn J. Good said increased legal issues continue to overshadow large-scale energy and industrial infrastructure projects in the U.S. “Until these issues are resolved, the ability to satisfy the country’s energy needs will be significantly challenged,” the statement said.

The public announcement came as somewhat surprising news since the project just prevailed in a 7-2 victory in the U.S. Supreme Court in June, which would’ve allowed the developers to run beneath the Appalachian Trail.

The decision to nix the project was allegedly influenced by a court ruling in Montana, where a U.S. District Court overturned an established federal permit authority for waterbody and wetland crossings, combined with a May 28th Ninth Circuit ruling. Dominion Energy said in a statement that the Montana decision is “likely to prompt similar challenges in other Circuits related to permits issued under the nationwide program including for ACP.”

“This new information and litigation risk, among other continuing execution risks, make the project too uncertain to justify investing more shareholder capitol,” Dominion Energy said. “…Unfortunately, the inability to predict with confidence the outcome of the project’s permits and the potential for additional incremental delays associated with continued legal challenges, means that committing millions of dollars of additional investment for tree-felling and subsequent ramp up for full construction is no longer a prudent use of shareholder capitol,” the energy company added.

Reactions to the cancellation

“The Atlantic Coast Pipeline project took meaningful steps to ensure the pipeline was safely constructed and the Appalachian Trail and surrounding areas were protected. The pipeline would have created good paying construction and manufacturing jobs for hard working West Virginians, reinvested in our energy markets increasing our domestic energy supply, and strengthened national security with reliable energy to key military installations,” Manchin said in the written statement.

“Today’s announcement is yet another reminder of why it is critically important we work together to find a responsible balance between the environment and economy,” Manchin added.

The Atlantic Coast Pipeline, which crossed over mountains, bodies of water and topography in the eastern U.S., drew opposition from landowners and environmental groups such as the Sierra Club – who dubbed the project “risky and costly … and unnecessary” in August 2019. On the other side of the fence, Atlantic Coast Pipeline supporters argued that the project created thousands of jobs and was an avenue to help lower energy costs.

The Atlantic Coast Pipeline wasn’t the only U.S. pipeline to recently take a hit.

U.S. District Judge James Boasberg ordered the Dakota Access Pipeline to temporarily shut down for environmental review on July 5 – and he gave them 30 days to do it. Boasberg said, “…The impossibility of a simple fix, the fact that Dakota Access did assume much of its economic risk  knowingly, and the potential harm each day the pipeline operates, the Court is forced to conclude that the flow of oil must cease,” according to the Associated Press.

The Keystone XL pipeline, which would follow a 1,200-mile path from an Alberta hub to Nebraska, was also waiting for a greenlight to start production after the U.S. Supreme Court “without explanation or noted dissent, left in force part of a federal court order that blocks use of a key federal permit,” per Bloomberg. “Although the justices cleared the way for other oil-and-gas pipeline construction projects to use the permit, they refused to do so for Keystone XL,” Bloomberg reported.

Jackie Whetzel is a freelance writer who has been featured in newspapers and publications across the country. She has written on the topics of energy, education, government, and business. You can find her on Instagram.