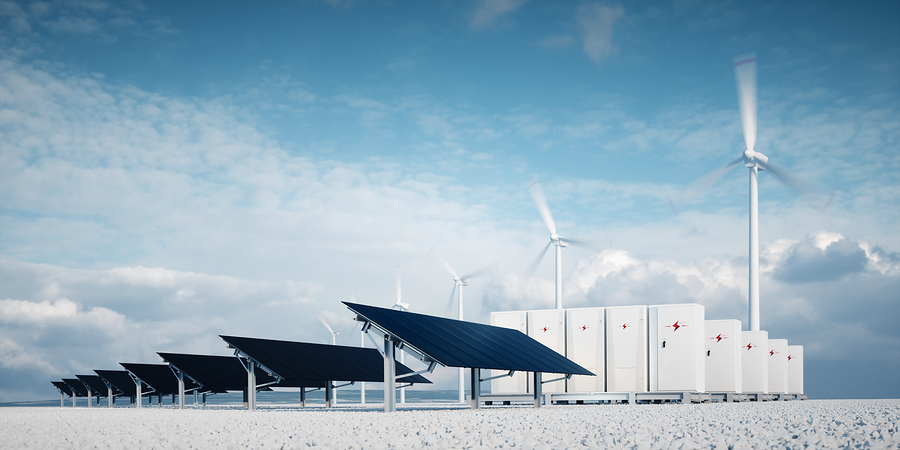 A recently-announced energy storage project in Utah will be capable of powering 150,000 houses for a year. The Advanced Clean Energy Storage (ACES) facility combines several storage technologies and will store 1,000 megawatts of energy when completed, making it the largest energy storage facility in the world.

“For 20 years, we’ve been reducing carbon emissions of the U.S. power grid using natural gas in combination with renewable power to replace retiring coal-fired power generation,” explains Paul Browning, president of Mitsubishi-Hitachi Power Systems Americas, which is jointly operating the project with Magnum Development. “In California and other states in the western United States, which will soon have retired all of their coal-fired power generation, we need the next step in decarbonization.”

“Mixing natural gas and storage, and eventually using 100 percent renewable storage, is that next step,” Browning said. “The technologies we are deploying will store electricity on time scales from seconds to seasons of the year. For example, when we add gas turbines powered with renewable hydrogen to a hydrogen storage salt-dome, we have a solution that stores and generates electricity with zero carbon emissions.”

An “epicenter of utility-scale storage”

The scale of the project, which is expected to cost $1 billion, means it will take many years to complete. An initial 250 megawatts of storage is projected to be available by 2025. The facility will include below-ground storage in Magnum’s salt dome and an above-ground plant to generate renewable hydrogen from excess renewable energy taken from the western power grid.

The companies say that the facility will be able to support the deployment of renewables like solar and wind power throughout the United States, since it will supply power to the grid when demand exceeds supply from variable renewables.

The ambitious project is still in the scoping stage. However, it already enjoys the backing of Republican Governor Gary Herbert, who hopes it will turn Utah into an energy storage hub for the western United States. Herbert presented the project at an energy summit in Salt Lake City, which was also attended by US Energy Secretary Rick Perry.

“I’m proud that Millard County’s skilled workforce, strategic energy infrastructure and unique geological salt domes have put Utah on the map as the epicenter of utility-scale storage for the western United States,” says Herbert. “This investment shows Utah is not only blessed with unique energy resources but also benefits from wise policy and the ability to forge unprecedented partnerships that help drive innovation.”

Questions remain over how much of the 1,000-megawatt total each storage technology will generate. MHPS and Magnum explain that the exact composition of the facility will depend on market demand. This will only become clear in the coming stages of the project when energy agreements are finalized. Suppliers also still need to be found for the flow battery and fuel cell technologies.

MHPS also noted that the 1,000-megawatt figure for the site’s capacity takes into account the AC and DC transmission lines, which could be maxed out if the market shows enough interest in power agreements.

Both companies hope that the unprecedented scale of the project will allow it to compete for market share with more established energy storage options, like lithium ion batteries. If the project can offer stored energy at a competitive price, Browning believes that another factor could make the ACES project more attractive than lithium ion.

“Lithium ion is really the benchmark for storage right now,” said Browning. “But it is generally used for shorter duration storage – anything from seconds to maybe a few hours. If you want to have longer-term storage, that’s where hydrogen and compressed air really have a huge advantage.”

In other western US states, major storage projects have been built in conjunction with solar and wind power facilities, such as the 380-megawatt Wheatridge Renewable Energy Facility in Oregon. The project consists of 300 megawatts of wind power generation, 50 megawatts of solar power, and 30 megawatts of lithium ion battery storage.

The mix of energy sources alongside lithium ion battery storage is designed to enable Wheatridge to offer a steady supply of energy even when wind or solar generation drops. Meanwhile, whether MHPS and Magnum will be successful in their alternative to lithium ion remains to be seen.