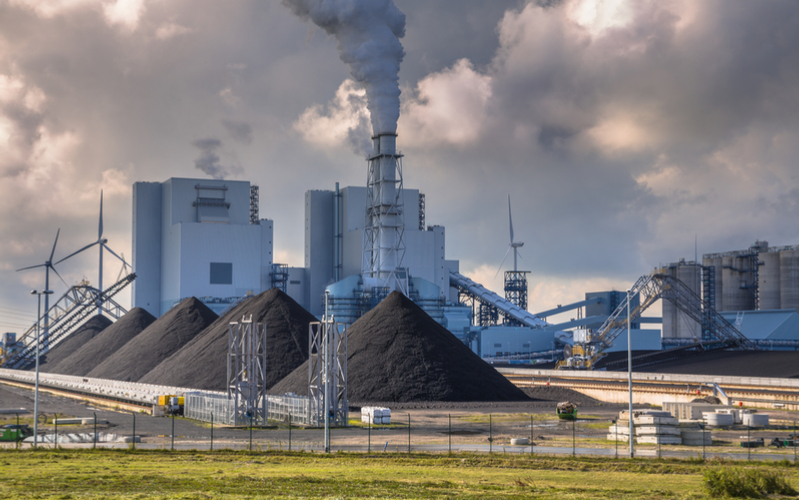 Coal ranks as Public Enemy No. 1 when it comes to carbon dioxide emissions from the generation of electricity, accounting for more than two-thirds of the CO2 produced by the process. Some states have moved away from coal for that reason.

Overall, the country generated 27.5 percent less electricity from coal in 2018 than it did five years earlier, according to a Choose Energy® analysis of data from the U.S. Energy Information Administration. In 2014, 38.3 percent of the nation’s electricity came from coal; last year, only 27 percent came from that source. Here’s how coal use for electricity has changed during the past five years:

Five states that no longer burn coal for electricity:

Which states generate the most electricity from coal?

Which states use the least coal?*

Which reduced coal use the most during the past five years?

Which increased coal or reduced it the least during that time?

Which states get the greatest percentage of their power from coal?

Which states get the smallest percentage of their power from coal?*

So is coal still relevant? Three experts weigh in

The obvious answer is that coal still matters, since more than a quarter of the nation’s electricity comes from burning it. And over the years, it has become cleaner – certain processes and technology remove some of its harmful effects.

As for the future, following are comments from experts about the use of coal:

Stephanie Bell, energy consultant, Stephanie Bell Consulting, Lexington, KY
“I have over 20 years of experience in energy regulation in Kentucky (coal country). I have a variety of clients, including municipals and investor-owned utilities. It’s very important for utilities and municipals to have an energy portfolio that includes all sources of energy. Coal, natural gas and a mix of renewables is definitely the safest bet for utilities and consumers. Coal-fired power definitely comes into play and is the most reliable during extremely cold winters, including those with polar vortex.

“During the polar vortex of 2014, there was a lot of stress on the grid. If not for coal-fired power plants there would have been many states … that would not have had power due to the stress. With the retiring of coal fleets around the country, this may be a problem in the future.”

Matthias Alleckna, energy industry analyst, energyrates.ca, Canada
“Coal is losing its share in electricity generation for multiple reasons. First of all, other fossil fuels such as petroleum are getting cheaper. After the oil crisis and some governmental carbon pricing measures, the oil industry is finding ways to make oil and gas more affordable to increase its consumption.

“Renewable energy sources are becoming both more affordable and available, so it will become easier for consumers to purchase them instead of choosing a highly emitting fuel such as coal. Many countries across the globe have long-term coal use reduction plans, mostly because electricity-related emissions from coal are much higher than from oil, especially in North America.

“Of course, none of these changes are as quick as people imagine. They require time, and it will probably take some decades until we see homes, neighborhoods and cities going net-zero.”

Richard Donin, consultant, The Donin Co., Portland, OR
“I’ve been in the energy business for over 30 years as a consultant and have worked with numerous electric utilities across the nation. To begin with, coal is the dirtiest form … of fossil fuel and it has always been. Historically, the coal burning in London is responsible for many deaths due to the famed killer fog and led the king to ban the burning of coal in the city. It’s also responsible for countless miner’s deaths due to dangerous mine conditions, but most importantly, Black Lung Disease that has killed hundreds of thousands of miners around the globe.

“The burning of coal is the major producer of greenhouse gases that are still contributing to … global warming. There currently are no means of scrubbing away carbon dioxide [CO2] with the use of particulate scrubbers. These scrubbers remove toxic heavy metals and fly ash from the smokestack.

“Scrubbers are mandated by US law for any power plant or other major coal user. Currently, there is no such thing as clean coal and the research has been going on since the 1970s without any progress. Refined coal is a false industry pronouncement that doesn’t exist except to confuse the public.

“Today, the solar power industry employees twice as many workers as does the coal industry. The electric utility industry has switched away from coal to natural gas as it’s somewhat cleaner, but most importantly, cheaper. These same utilities are investing in wind and solar electric generation because of cost and public pressure.

“Coal is an 18th-century fossil fuel source that is dying as are the companies that mine for it. It has very few uses outside of electrical power generation.”