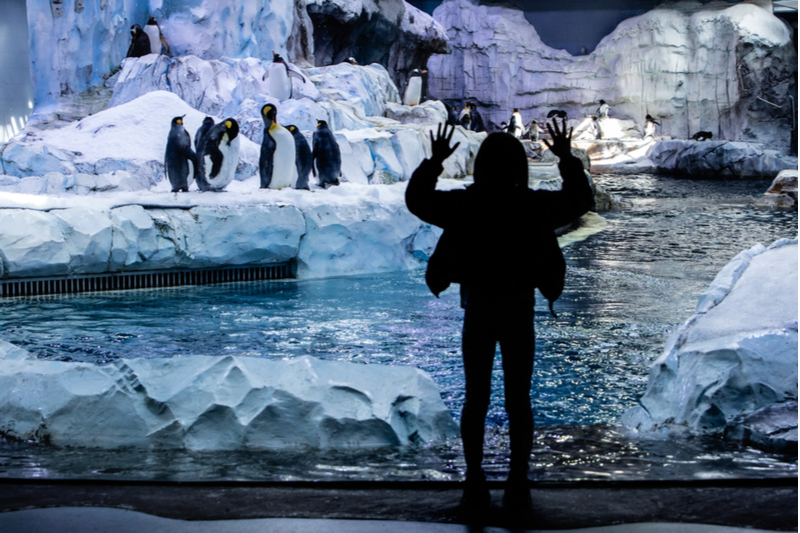 The transition to renewable energy will offset 7,425 metric tons of carbon dioxide that the zoo releases annually. This is not the first time the zoo society has received acclaim for its dedication to the environment. In 2015, DZS received the Green Award from the Association of Zoos & Aquariums, an award reserved for the greenest zoo in the country. The zoo is also involved in extensive conservation efforts worldwide.

The zoo’s path toward renewable energy

DZS has taken strides towards sustainability with its “Greenprint” plan through DTE Energy’s MIGreenPower program. The MIGreenPower is a voluntary DTE program launched in 2017 that aims to reduce carbon emissions by 80 percent by 2040.  According to the DZS website, the “Greenprint” program “guides our operations and is the plan by which we refine and improve our facilities and daily practices, develop new policies and programs and improve green literacy and action in our community.”

Ron Kagan, executive director and CEO of DZS, told the DZS newsroom, “Joining MIGreenPower is a major step forward for us, as our power needs significantly exceed what we can produce on-site. Their program helps reduce our carbon footprint while also supporting local, Michigan-made renewable energy.”

How the zoo will reach renewable energy goals

The DZS switch to renewable energy is multifaceted and already underway. The zoo previously became the first zoo in the country to install a Smartflower, “an all-in-one ground-mounted solar-panel system…estimated to generate more than 4,000 kilowatts of electricity annually.” Additionally, DZS has installed more than $2 million worth of energy efficient upgrades in its lighting and control equipment. There are also solar panels installed on top of the zoo’s 38 solar/electric golf carts.

Kagan explains, “Our commitment to sustainability is integrated into everything we do, from our environmentally responsible operations to our community-wide education programs.” In addition to the renewable energy programs already established, DZS has eliminated the sale of single-use plastic bottles, plastic bags, straws and lids.

In order to generate the renewable energy needed to power the zoo, DTE plans to source three new wind parks that will be functionable in late 2020. The carbon dioxide that the wind parks offset will equate to the amount of carbon sequestered by 8,740 acres of U.S. forests each year.

DZS continues to lead U.S. zoos and aquariums in sustainability and conservation efforts. To read the DZS press release outlining details of its renewable energy plan, visit the DZS website.