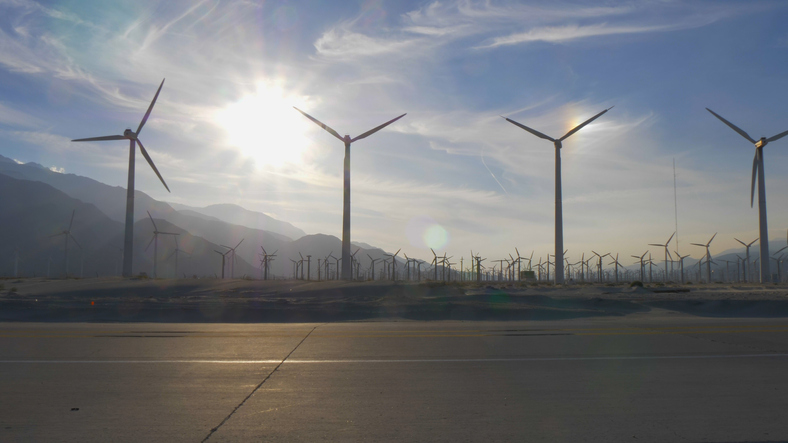 When you think of Texas energy, you may think about oil derricks and natural gas pumps. But wind turbines have become a prominent part of the landscape of the Lone Star State. Texas leads the nation in electricity generated by wind energy. The December ChooseEnergy.com® Wind Generation Report analyzes the latest data from the U.S. Energy Information Administration and shows how much wind energy each state generates in the month.

Texas produced 23.5% of the nation’s electricity generated by wind in September, according to the EIA’s most recent data. That’s more than double the amount from the next state, Iowa. Here are the top 10 states producing wind power, shown in thousand megawatt-hours.

Nationally, electricity generation from wind rose 11% from August to September.

Following are the states with significant wind energy generation, the amounts (in thousand megawatt-hours) produced in September, and the percentage increase or decrease from the previous month.

How does the month compare with the previous year?

Total wind generation fell by 6.8% nationally from September 2021 to September 2022. Generation increased by the greatest percentage in Rhode Island, where wind energy production rose by 114%.

Top 10 states where wind generation increased the most since 2021

The largest decline was in Ohio, where wind generation fell by 41.9%. Alaska also experienced a decline in wind energy generation since September 2021, falling by 30.8%.

Top 10 states where wind generation decreased the most since 2021

Which states get the highest percentage of their power from wind?

The answer can vary from month to month. In September, Iowa took the top spot on the list, receiving 54.2% of its total electricity from wind.

States with the most wind turbines

Because Texas leads the nation in wind energy generation, it makes sense that the state is also a leader in the number of wind turbines. The Lone Star States has more than 18,000 active wind turbines, according to the most recent report from the U.S. Wind Turbine Database.

Top 10 states with the highest number of wind turbines

Are you a journalist or researcher writing about wind energy who needs to know more about electricity generation? Send us details about what you need and we’ll get back to you with an answer and a relevant quote from one of our energy experts.