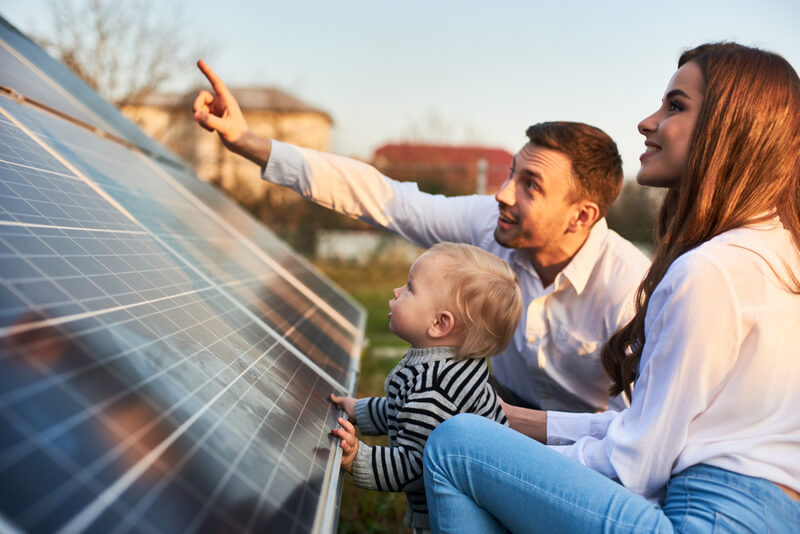 Ohio isn’t a state that is known for its substantial developments in solar power. At the end of 2020, it ranked 28th out of the 50 states with a little less than 100 megawatts of utility-scale solar. The state’s solar facilities were capable of powering just over 42,700 homes, according to the Solar Energy Industries Association.

But all that could be about to change. According to estimates, Ohio’s utility-scale solar capacity will more than quadruple to over 400 megawatts in 2021. The Ohio Power Siting Board is responsible for approving new projects. It has 12 projects registered with it at various stages of development. If all 12 are constructed, Ohio could have over 5,000 megawatts of utility-scale solar by the mid-2020s.

It’s unlikely that all of these solar projects will be built. The SEIA predicts that 1,900 megawatts of new solar will be installed over the next five years.

The rapid growth of the industry in the state is impressing observers. “We’re glad to see the development there,” commented Sean Gallagher, vice president of state affairs with the SEIA. “It shows it can be done. It could lead to more development and more economic development.”

Dan Sawmiller of the Natural Resources Defense Council agrees. “You’re seeing buyers go into contract with these projects before they’re even permitted, because the demand is outpacing supply,” he said.

Two factors driving the solar boom in Ohio are large quantities of relatively cheap land for developers and strong demand for clean energy from the corporate sector.

One of the largest initial projects is the 200-megawatt Hillcrest site, which began construction last March. “Southwest Ohio has a perfect topography for solar. It’s nice and flat. It’s very buildable. There’s not a lot of disruption,” explained David Little, a representative of the company overseeing construction.

One of the major corporate investors in Ohio’s solar boom is Facebook. The social media company agreed to purchase the renewable energy credits and 150 megawatts of energy generated from a solar park in Hardin County, which recently came online.

In May, Amazon announced plans to invest in two Ohio solar projects with a combined generating capacity of 280 megawatts.

The rapid growth of solar has come as something of a surprise. Ohio adopted legislation to curb solar and wind power developments over recent years. In 2014, Senate Bill 310 was introduced. The legislation loosened clean energy rules for utilities, including allowing them to count renewables generated out of state towards their clean energy goals.

Then in 2019, House Bill 6 abolished all renewable energy requirements. It also provided a multi-million dollar support package to nuclear and coal power plants. As a result of HB 6, utilities only need to obtain 8.5 percent of their electricity from clean energy sources by 2026. After that date, the regulation will be dropped altogether.

The fact that solar is booming despite these regulatory hurdles underscores that it can increasingly compete with other energy sources on the open market. Figures from the SEIA show that the cost of solar power has declined by 45 percent over the past five years in the state.

The growth of solar and wind, together with the continued abundance of cheap natural gas, is forcing coal out of the Ohio market. Last October, Texas-based Vistra energy announced it would close two of Ohio’s largest coal-fired plants by the end of 2027. This will result in a reduction of coal power generation capacity by 6,200 megawatts.

Despite these market trends, some state lawmakers still oppose solar developments. In November 2020, a draft bill was filed in the Ohio House calling for a ban on all solar and wind projects for three years. Renewable energy advocates don’t expect it to win sufficient support to pass.

Republican State Rep. Tod Smith commented that the goal of his bill, HB 786, is to “press the pause button,” not permanently halt solar development.

Neil Waggoner, Ohio campaign leader for the Sierra Club’s Beyond Coal program, strongly disapproves of HB 786. “Despite the fact that large-scale renewables have been a reality for years, now without any justification they’re saying we shouldn’t do this anymore,” he stated. “It’s not just a bad policy. It’s terrible policy.”