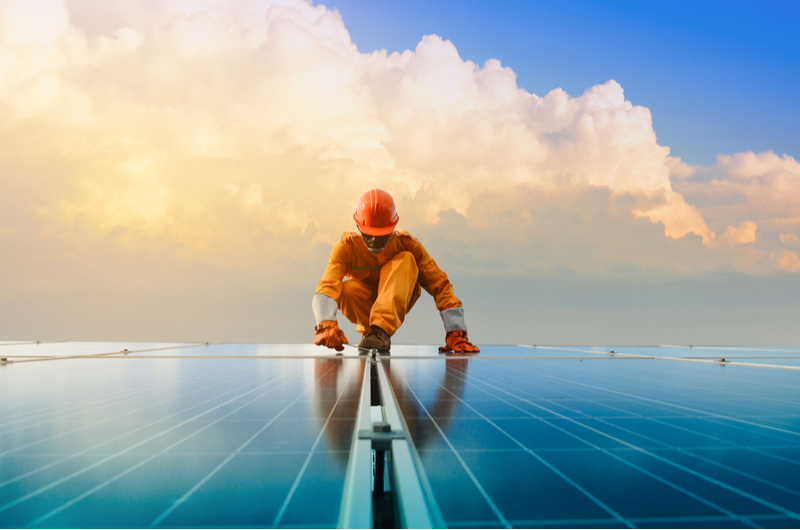 Growing numbers of Texas consumers rely on renewables to power their homes and businesses. In the first six months of 2019, Texas electricity generation by wind overtook production by coal for the first time, and solar power generation is on the brink of a major boom.

According to the Electric Reliability Council of Texas (ERCOT), renewable power capacity rose by about 10 percent from 2017 to 2018, increasing from 26.3 gigawatts to 28.9 gigawatts. However, the lion’s share of the Lone Star State’s energy is still generated by nonrenewable sources, such as natural gas (53.1 percent) and coal (17.9 percent).

Despite the heavy concentration on natural gas and coal for generation, Texans do have options for energy consumption. ERCOT operates a Renewable Energy Certificate plan, under which energy providers buy or sell credits to meet customer demand. RECs can cover energy generated from wind, solar, biodegradable materials, hydro and landfill gas operations. RECs are equivalent to the generation of 1 megawatt hour of electricity for the grid.

With some utilities committing to expand renewables over the coming years and decades, customers often wonder how much influence they can have on the energy transition through the REC program.

Dallas resident Adam Evans purchased a 100 percent green energy plan for his home several years ago. He was motivated by his concern at the amount of CO2 emissions in the United States.

Evans knows that a 100 percent green energy plan doesn’t mean that his home is only powered by renewables. “It’s not as though there’s a line that goes to my house that is wind and one that goes to my neighbor’s that’s coal,” Evans explains.

Nonetheless, he hopes that by purchasing a green energy plan, which requires the provider to buy RECs worth the same value as the customer’s energy use, he is encouraging energy companies to build more renewables. “I would be disappointed if you told me that the way I described it is completely off base,” he adds.

When the REC program was first established, its goal was to expand renewable energy capacity in Texas by 2,000 megawatts by 2009. It requires all energy retailers to register with the Public Utilities Commission of Texas and retire RECs each year as they are used.

According to Don Tucker, manager of settlement and metering at ERCOT, there is no requirement for more renewables to be built as more customers purchase RECs. Currently, there is enough renewable capacity online to meet the demand generated by green energy plans.

“In a competitive market like the one that powers Texas, the government cannot compel generators to build additional capacity,” adds Andrew Barlow, a spokesman for the Texas Public Utilities Commission.

RECs come in for criticism

Critics argue that customers’ inability to know where their money is going and whether they actually are supporting the growth of green energy are major drawbacks to the REC system.

RECs can be sold on regulated markets until they are three years old. Unregulated RECs can be traded for an even longer period of time, and at very low cost. Critics say this system has flooded the market with RECs, which does more to help energy suppliers boost their profits than it does to support the development of new renewable energy sources.

Supporters of RECs counter that they help generate more financial support from the corporate sector, which can be used to expand renewable power generation. Since the companies that buy them don’t necessarily need to use the power directly, as they would in the case of power purchase agreements, RECs enable investors to provide financial backing from further afield.

One example of this is Facebook, which invested in a 379-megawatt solar power project in west Texas using RECs. Two months earlier, Starbucks used RECs to invest in several solar farms run by Cypress Creek. In addition to financing these projects, the companies can offset the RECs they buy against the energy they use to meet their clean energy goals.

“We hope such investments can be a new avenue of meaningfully engaging with projects, which might be easier for some companies than a long-term power-purchase agreement, thereby unlocking new options for more organizations to meet their goals and grow the market,” says Facebook’s energy strategy manager Peter Freed.