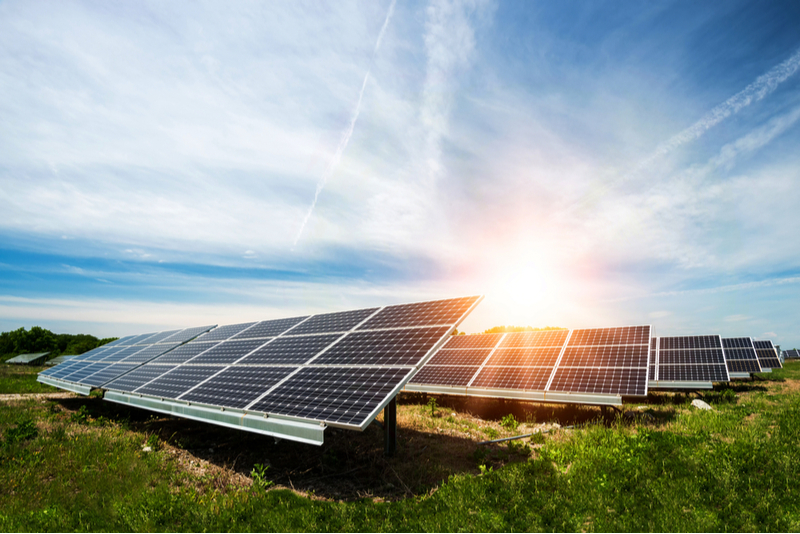 Solar power currently accounts for just 1 percent of energy generation in Texas, but that’s all about to change. According to the Electric Reliability Council of Texas (ERCOT), solar generation capacity will double across the state in 2020, before almost doubling again in 2021.

Additionally, some experts believe the declining cost of utility-scale batteries, which will allow companies to store energy to use when the sun isn’t shining, could help solar power have a similarly explosive impact on the Lone Star State’s energy market as wind power over the past two decades.

The positive outlook for solar in Texas is primarily being driven by technological improvements that are making solar panels cheaper to install. In addition, Texas has one of the sunniest climates in the country. The state is also benefiting from a rush by solar developers to install facilities before federal tax credit programs aimed at supporting solar expire in 2022.

With Texas energy prices up this year by an average of 43 percent, solar developers have an extra incentive to invest. However, according to Ramanan Krishnamoorti, chief energy officer at the University of Houston, the longer-term effect of more solar power will be to push prices down. “That will stabilize prices and make $9,000 per megawatt hour a distant nightmare possibility never to be seen again in Texas,” he says.

Benefiting from the natural gas boom

Ironically, the growing opportunities for solar power’s expansion in the Lone Star State are thanks in part to the boom in oil and natural gas output in the Permian Basin. The vast quantities of energy required by oil and gas companies to run their operations mean that a higher demand for energy in the Texas market.

“There’s tremendous incentive for solar to be built,” explains Colin Smith, an energy analyst with Wood Mackenzie Power Renewables. “There’s a lot of room for solar to grow.”

However, the rapid expansion of solar appears set to make the market more competitive, meaning companies relying on more expensive methods of energy generation could suffer in the longer-term. Bloomberg NEF analyst Joshua Daniel estimates an increase of solar capacity by 5 gigawatts would cut revenue from Texas power plants by 11 percent, or $1.4 billion per year.

The expansion of solar power in Texas is strengthening those who argue renewable energy can compete economically with fossil fuels. According to Bloomberg NEF figures, building a solar power facility in Texas currently costs $32 per megawatt hour if the cost is spread out over the entire life of the plant. That’s compared to $38 per megawatt hour for a high-efficiency gas plant. Moreover, a solar facility can be completed in six months, whereas gas plants take much longer to construct.

David Campbell, executive vice president and CFO of Texas-based Vistra Energy, stresses that cost competitiveness has proven crucial in Texas. “To date, we have not seen as much development of solar in Texas as in some other states,” he comments. “Texas does not have a state-level subsidy for solar other than relatively benign transmission build-out rules, and solar has simply not been economically competitive with just the federal subsidy. That is changing. What’s in flight now and what’s expected to come online reflect that solar economic dynamics have greatly improved.”

An additional advantage for solar is that it produces the most energy when demand is at its highest – during the day when oil and gas companies are operating at full capacity, and residents are using air conditioning units to stay cool.

Energy providers in Texas are looking to take advantage of the rise of solar power. Houston-based NRG, which sold off its renewable energy operations in early 2018 to focus on coal and gas power generation, reversed course just a few months later and announced new investments in solar projects. The company partnered with Cypress Creek, an independent solar developer, to create 25 megawatts of power generation that NRG plans to sell to commercial and industrial customers.

More recently, Occidental Petroleum, a major player in the Permian Basin, signed a deal with the Green Investment Group and Core Solar LLC. to provide it with 109 megawatts of energy from 2021. Additionally, Exxon Mobil, which wants to expand its Permian output to 1 million barrels a day by 2024, signed a deal with renewable energy firm Orsted to provide 500 megawatts of solar and wind power for its operations.

These deals may only be the initial stage of a growing tendency by energy firms to rely on renewables to power their oil and natural gas operations in the Permian. According to ERCOT, energy demand in west Texas will increase by 10 percent per year over the next five years.