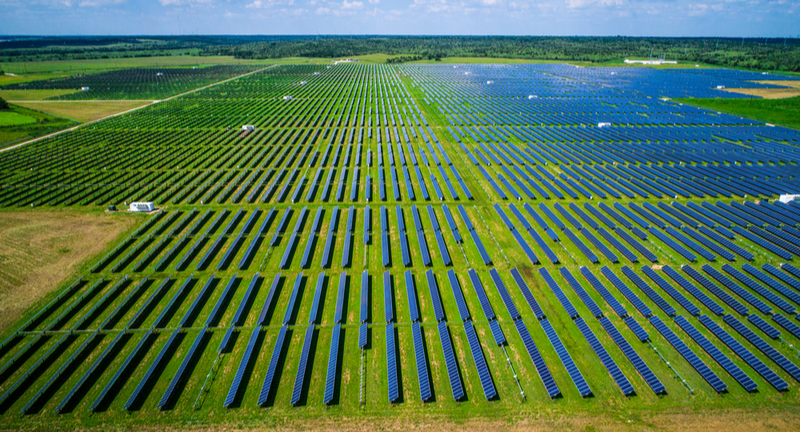 The OSU study, published in the journal Scientific Reports, found that solar panels function more efficiently in cooler and slightly windy climates. The findings of this study practically point out great factors for solar energy produced in Texas, where the bulk of land is committed to agriculture. This study analyzed the power production data collected from five grid-tied, ground-mounted solar panels installed by Tesla on agricultural lands owned by Oregon State.

Corresponding author and OSU associate professor Dr. Chad Higgins spoke to the Oregon State University Newsroom, stating, “We found that when it’s cool outside the efficiency gets better. If it’s hot the efficiency gets worse. When it is dead calm the efficiency is worse, but some wind makes it better. As the conditions became more humid, the panels did worse.”

“Solar panels are just like people and the weather, they are happier
when it’s cool and breezy and dry.”
– Dr. Chad Higgins

The findings of this study stand contrary to the popular belief that solar panels function most efficiently in deserts or barren lands. In fact, as Higgins explained to the OSU Newsroom, “Their efficiency drops the hotter the panels get.” When asked about the misconception that solar panels thrive in high temperatures, Higgins told us, “This has been well known from a material science perspective for a while. So, it’s been well-known, but not in the public sphere.”

The conclusion about solar panels

The OSU study calls into question whether solar farms in regions like Texas are reaching their maximum energy potential. For example, the Roserock Solar Facility in Pecos County, TX, covers approximately 1,300 acres of open land. However, the extreme summer temperatures and lack of wind in this area could lead to less efficient solar panels compared to panels installed in a milder climate.

Texas consistently ranks among the top states in the nation for solar power and is the 2nd largest state in land area. The number of Texas solar panel installations have skyrocketed in recent years and have generated enough solar power to support more than 350,000 homes. However, with 86% of Texas land devoted to agricultural production, this OSU study suggests pairing solar panels with farmlands in Texas could be a more efficient option.

The OSU study’s analysis found that the global electric energy demand could be met if less than 1% of agricultural land was converted into solar panels. While the results of this study may not shock renewable energy experts, solar panels are certainly more complex than the average energy consumer may know. As Higgins stated to the OSU Newsroom, “Solar panels are just like people and the weather, they are happier when it’s cool and breezy and dry.”

The implications of the OSU study suggest that we should rethink the way that we approach solar energy. Rather than functioning as an individual aspect of environmentalism, pairing solar panels with agricultural land could be mutually beneficial in Texas. When asked about the effects of this study on the public perception of solar energy, Higgins said, “I hope that it starts a conversation about how to work potentially with agriculturalists and to try and work in a way that benefits agricultural production and energy production.”