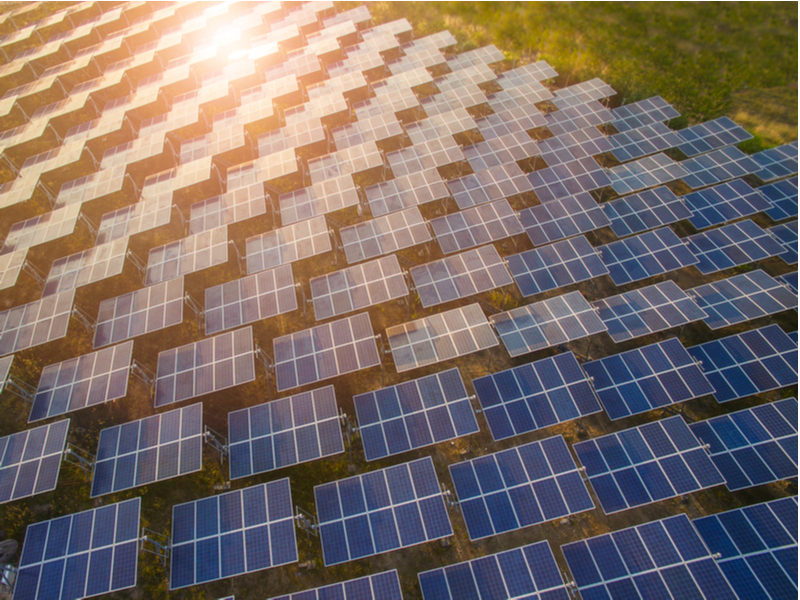 Two large utility-scale solar projects in Wisconsin will result in a dramatic expansion of the state’s solar energy output. The 450 megawatts of power generation added by the projects near Two Rivers and in Iowa County dwarf the state’s current solar capacity, which is estimated by advocacy group Renew Wisconsin to be 103 megawatts.

“These projects are an important first step in decreasing the carbon footprint of Wisconsin’s energy production,” wrote the state’s Public Services Commission, which approved the two projects. “Wisconsin is ready to embrace a clean energy economy thanks to declining costs of renewable infrastructure and utilities responding to customer demands for clean energy options.”

Both projects are expected to come online by the end of 2021.

The announcements coincided with three additional solar projects totaling 299 megawatts, including a 50 megawatt operation in the town of Buena Vista. According to Renew Wisconsin, the 749 megawatts that could be produced from all five projects would be sufficient to power 2.1 percent of the state’s energy needs.

Other states throughout the Midwest are also embracing solar power. PV Magazine reports that some 200 megawatts of community solar projects are under construction in Minnesota, while applications for a total of 1.8 gigawatts of solar power generation have been submitted in Illinois. This figure is 10 times higher than administrators had anticipated.

The ramping up of solar output in Wisconsin will support a recently-announced policy shift to increase the use of clean energy. As a state that relies heavily on fossil fuels for its energy generation needs, 55 percent of which are met by coal and 20 percent by gas, Wisconsin only gets 9.3 percent of its energy from renewables and about 15 percent from nuclear power.

This is all about to change. Following the election of Gov. Tony Evers in last year’s mid-terms, the state committed to a target of securing 100 percent of its energy from carbon-free sources by 2050.

It remains to be seen whether Wisconsin’s legislature adopts Evers’ proposal, but utilities are already moving to slash their reliance on fossil fuels. Madison-based Alliant Energy is committed to cutting its carbon emissions by 80 percent by 2050, including completely abandoning the use of coal. We Energies, which supplies Milwaukee and parts of Green Bay, also has an 80 percent reduction target, and it hopes to reach 40 percent by 2023.

Xcel Energy, which also operates in Minnesota and other states, pledged last December to generate all of its energy from carbon-free sources by 2050.

Wisconsin is being joined in its clean energy transition by neighboring Minnesota. Gov. Tim Walz committed to securing 100 percent of energy from carbon-free sources by 2050. Minnesota already has met a target of obtaining 25 percent of its energy from renewable sources, meaning it is ahead of Wisconsin in reaching the ultimate goal.

The shift towards clean energy is being welcomed by researchers at the University of Wisconsin-Madison. They argue the transition will help create new jobs and save the state money.

In a study prepared by the University of Wisconsin-Madison’s Center on Wisconsin Strategy, the researchers noted that the present reliance on fossil fuels means the state is obtaining most of its energy from out-of-state sources.

“What that really means is that we’re importing energy,” explains Katya Spear, a co-author of the study. “And we’re exporting money to import energy to the tune of some $14-plus billion a year.”

The study argues that a combination of solar, geothermal, wind power, hydro, and nuclear could generate 100 percent of Wisconsin’s energy needs and more than double the number of jobs in the state’s energy sector. Researchers also note that the transition would reduce levels of air pollution, which would have a positive impact on public health.