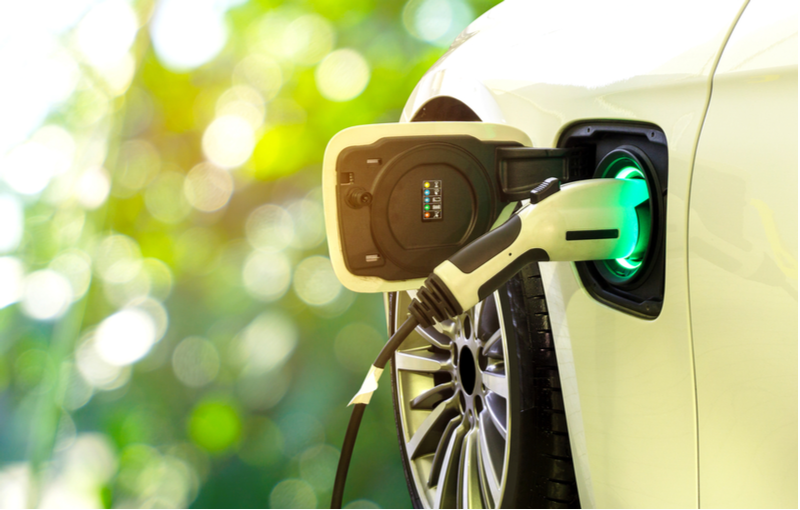 Utilities seeking to secure their business for the future have an unprecedented opportunity over the coming years, according to a new study. Accenture forecasts that the market for utilities in North America and Europe investing in electric vehicles (EVs) could reach $2 trillion.

Utilities: Lead the Charge in eMobility argues that 10 million EVs will be on the roads within six years and that they’ll outnumber conventional vehicles by 2040. However, accomplishing this transformation doesn’t just mean a revolution in how cars are manufactured. It also brings business opportunities for EV infrastructure, including charging stations, modernizing electricity grids, and other related services.

Creating the necessary public charging infrastructure to make EV use viable will cost some $150 billion, the Accenture study notes. While this sum represents substantial investments, the report also points out that utilities would gain access to a $250 billion market in eMobility services by getting involved.

Another key area will be residential charging stations. Accenture surveyed 6,000 consumers for its study and found that 80 percent of them would like to charge an EV at home when they own one. However, only 55 percent of those surveyed currently own a garage. This gap unlocks the chance for utilities to offer affordable services to customers who lack the facilities to charge their EV.

“Companies that can help make EV ownership easy and affordable for consumers will accelerate adoption and improve competitiveness across their industries,” explains Bruno Berthon, senior managing director and global utilities lead for Accenture Strategy. “Utilities are uniquely positioned to play a significant role in the eMobility market by providing differentiated and meaningful customer experiences, while making critical ecosystem partnerships.”

Accenture believes that the unique position held by utilities in the marketplace enables them to play a critical role in supporting consumers during the EV transition. The study calls on utilities to exploit the customer data they currently have access to – including consumption patterns and payment preferences – to create platforms and services to encourage consumers to adopt EVs.

One way utilities could do this is by partnering with car manufacturers, ride-sharing companies, or parking space operators to offer a package of services to consumers. Such partnerships could be used to assist customers in financing the purchase of EVs or developing apps to make the charging and payment process easier. As the study puts it, “Utilities should strategically invest in a portfolio of services aimed at simplifying ownership experiences and removing barriers to adoption.”

Another crucial area for utilities to invest in is continued development of their grid infrastructure. Although estimates suggest that a customer who charges his or her EV at home will use an additional 20 percent of energy, Accenture researchers argue that utilities can respond to this with effective grid management, rather than having to produce more energy.

For example, the report points out that 53 percent of customers plan to charge their EVs between 5 p.m. and 10 p.m. However, utilities could devise market-based congestion management systems to balance supply and demand, so that overall power usage would not change much.

A separate report recently released by the Boston Consulting Group concurs with this assessment, urging utilities to invest in their grid infrastructure. “These investments will be primarily related to increasing capacity – the amount of energy that can be delivered at one time – as opposed to increasing overall electricity production,” write the BCG authors in Electric Vehicles are a Multibillion Opportunity for Utilities. “That’s because we expect EV penetration to have a relatively small impact on total energy demand (including residential, business, and industrial uses) through 2030. However, significant increases in demand in certain locations or at certain times of the day will stretch the capacity of the current grid,” the study says.

Both the Accenture and BCG studies stress that failure to intervene in these new markets won’t simply mean a missed opportunity for utilities. Rather, it would result in utilities losing market share to competitors, such as car manufacturers, and oil and gas companies, all of which are investing in EVs.

British-Dutch oil company Shell has invested $1 billion in renewables and EV infrastructure. One of its investments was the purchase of Greenlots, a startup that specializes in EV charging infrastructure. Shell says it plans to use Greenlots’ technology to expand its business in Europe and enter the North American market.

France’s Total is also getting in on the act with the purchase of G2mobility, a company offering EV charging solutions. This is part of the oil giant’s goal of growing its low-carbon assets from 5 percent to 20 percent of its overall investment portfolio.

Summing up the extremely competitive EV market, BCG writes, “First movers will be able to shape – and capture – the value created by TE (transportation electrification). And other players, including those in the oil and gas and auto industries, are already staking their positions. That’s why it is critical for utilities to plan now and act right away to influence and support TE regulation and policy and position themselves at the center of TE ecosystems.”