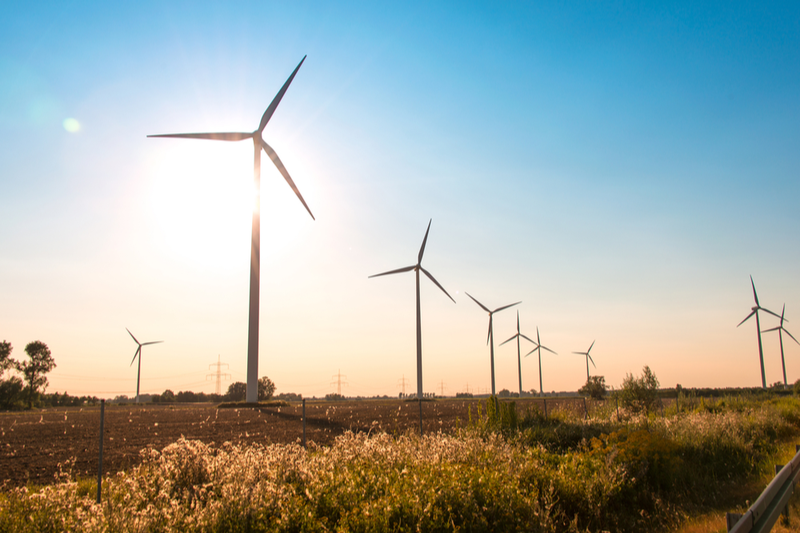 Wind power generation outpaced coal in Texas during the first half of 2019 for the first time in recorded history. The Electric Reliability Council of Texas noted in its Demand and Energy Report that wind power accounted for 21.78 percent of the state’s energy generation, while coal made up 21.37 percent.

Gas remains by far the state’s most important source of energy, generating over 40 percent of total resources. However, the increasing importance of wind reflects a longer-term shift in renewables that impacts how grids in Texas and across the country operate.

On the national level, Texas leads the country in wind power generation. In 2018, according to the Energy Information Administration, Texas, Oklahoma, Iowa, and Kansas accounted for half of the 270-megawatt hours of power generated by wind turbines in the United States. Over the past three years, Texas has produced at least 25 percent of total US wind power generation annually.

A large amount of the Loan Star State’s wind generation capacity was developed between 2006 and 2009, when some 7,000 megawatts came online. The big breakthrough came in 2008 when the Public Utility Commission of Texas approved the development of the state’s transmission system to facilitate the transfer of energy throughout the state. The PUC approved the creation of five competitive renewable energy zones (CREZ) and the transfer of 18,500 megawatts of wind from these zones to other parts of the state.

The expansion of transmission lines was necessary because most of the wind turbines are in the rural western and northern parts of Texas, but most energy demand is needed in the major cities in the south and east.

Before the grid expansions were built, ERCAT curtailed large amounts of wind power to prevent the grid from becoming overwhelmed. The excess wind power also led to prices dropping into negative territory in western Texas when power generation levels peaked.

The grid developments had the desired effect, with curtailments and negative prices dropping sharply by 2014.

The movement towards wind power over coal in Texas comes as renewables are challenging coal’s dominance across the country. In April, the EIA reported renewables outpaced coal power generation for the first time,. Renewables energy includes wind, solar, hydro, geothermal, and biomass.

Experts think coal will overtake renewables in the short term over the summer, when energy demand is higher due to the need for air conditioning. But longer-term developments confirm the sharp shift in favor of renewable energy. Whereas coal accounted for 52 percent of energy generation in 2000, it dropped to just 27 percent last year.

By contrast, the wind energy industry is growing. The American Wind Energy Association reported that in 2018, wind power capacity rose by 8 percent. “America’s least expensive source of new electricity generation is also clean and inexhaustible, which gives our economy an edge in the global marketplace,” says Tom Kiernan, CEO of the AWEA. “We’re proud to report the wind industry employs a record number of Americans, supports a robust domestic manufacturing sector with over 500 factories, and contributes over a billion dollars a year to states and rural communities.”

Can renewables take over in Texas?

Although the growth of wind power in Texas is now challenging coal, natural gas remains the dominant energy source. However, some observers, including Professor Daniel Cohan from Rice University, believe that integrating wind power facilities with solar generation will help renewable resources rapidly close the gap.

“There’s a legacy in Texas to identify the most sensible places to locate wind power, but that hasn’t carried over yet to where solar farms should best be located or how to bridge some of the coastal wind sites to West Texas transmission zones,” Cohan explains. “Only in the past couple of years has solar become competitive with wind. Now Texas has two strong renewable options. That’s why this is the time to look at integrating these sources so they can do better than either can do on its own.”

Even if combining solar and wind power takes some time, the growth of wind in Texas appears set to continue. Some 7 gigawatts of new developments are in the pipeline, if all ERCAT-approved projects are built.