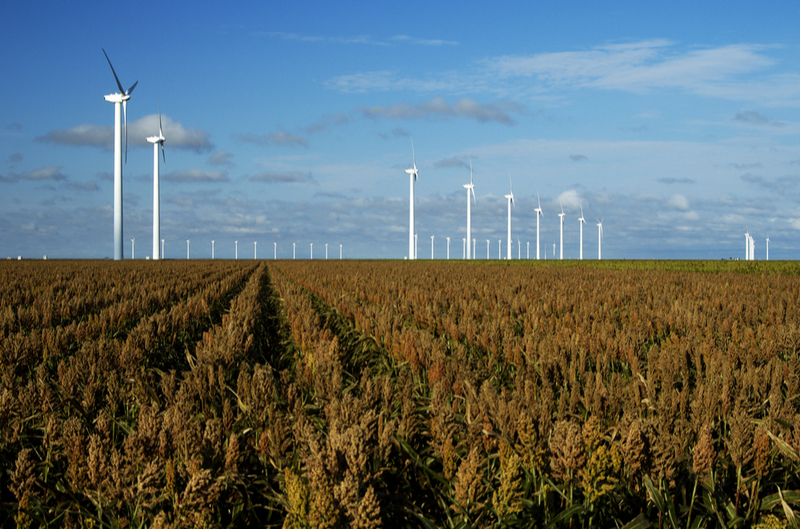 Editor’s note: Today begins a two-part series on wind power. Part 1 examines the status of wind power today and where it has come during the past year.

Wind power generates about 8 percent of the nation’s electricity, but that amount should be rising. The U.S. added about 17.3 percent to its wind generation capacity in 2019, with 22,114 megawatts more under construction this year, according to the American Wind Energy Association. Which state is the leader? Texas, with nearly three times as much wind energy capacity as No. 2 Iowa.

Nine states, scattered throughout the South, have no wind generation capacity, though Arkansas and Virginia are adding it.

The best states for wind power

All figures from the American Wind Energy Association, unless otherwise noted.

Texas
The Lone Star State generates the most electricity of any state, and that goes for wind generation as well. It has 28,843 megawatts of installed capacity. That capacity comes from 14,874 turbines. The state has enough capacity to power nearly 7.3 million homes.

The state’s status as No. 1 likely won’t change soon. It added the most capacity in 2019 – nearly double that of No. 2 Iowa – and has the most under construction this year.

Oklahoma
If there seems to be a pattern here, it’s only because there is. The pattern, of course, is that the top states for wind are found in Tornado Alley, that portion of the Midwest where powerful winds can cause devastation as well as generate power. (Spoiler alert: The fourth-ranked state for wind energy also is part of the region.)

Kansas
Kansas gets more than 40 percent of its electricity from wind. Its wind capacity is 6,128 megawatts coming from 3,160 turbines. It can produce enough energy for more than 1.8 million homes.

California
The outlier among the top five is California. Its 6,613 turbines can generate nearly 6,000 megawatts of electricity, enough for 1.3 million homes.

The worst states for wind

Following is a chart that shows the installed capacity (in megawatts) of wind power for every other state, the number of wind turbines, and the equivalent number of homes powered by wind.

Which states have added the most capacity?

The U.S. increased its wind energy capacity by 17.3 percent during 2019 – adding 15,580 megawatts of generation capacity. As stated earlier, Texas added the most capacity. But nine states added more than 500 megawatts to their total.

Following are the states that added the most capacity last year:

Following are the states that increased their capacity by the largest percentages last year:

Which states have the largest projects under construction?

Following are states with projects under construction in 2020:

Coming Friday: Electricity from wind power isn’t the only benefit of that method of generation. The environmental impact of wind power stretches well beyond green power.

Arthur Murray directs ChooseEnergy.com’s newsroom, taking advantage of nearly 30 years of newspaper and magazine experience. His articles have appeared on Zillow.com, Business.com, Nasdaq.com, and USNews.com, among others. Reach out to us with any questions or concerns.