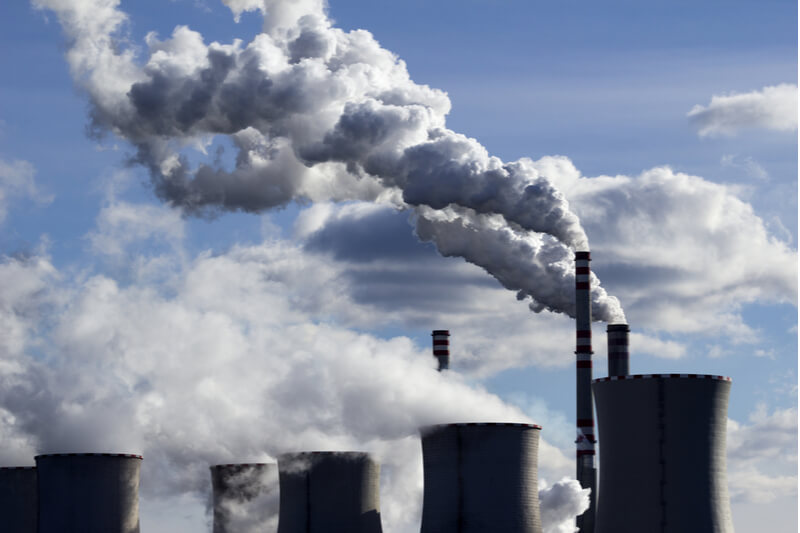 Around 70 percent of coal power capacity in Texas will be at risk by 2022 and the majority of the state’s 11 coal plants will be shutting down by 2025, according to a new report. The Institute for Energy Economics and Financial Analysis argues that the main cause of coal’s early departure from the energy market will be a vast growth in solar capacity, supported by the expansion of battery storage.

Although total solar power generation only accounted for 1 percent of energy produced in the Electric Reliability Council of Texas (ERCOT) marketplace last year, its growth is expected to be rapid. Its percentage of total output is set to double this year to 2 percent of all energy generated. In absolute terms, solar power capacity is expected to increase to more than five times its 2019 level by the end of 2021.

Dennis Wamsted, an IEEFA energy analyst who was the lead author on the report, stressed that solar is already playing a more important role in energy generation at certain times of the day and throughout the year compared to its overall share of generation. For example, during the month of June 2020, solar power accounted for between 4 and 5 percent of all energy generated in ERCOT’s market.

The continued growth of solar will “irreversibly alter the market’s daily dynamics,” states the report, delivering a “crippling blow” to the Lone Star State’s remaining coal plants. To underscore this point, the report noted that in the first six months of 2020, total solar generation was 88 percent higher than during the first six months of 2019.

By January 2022, the report predicts 70 percent of coal’s daytime share of demand will be at risk of disappearing to solar. The main reason for this drastic shift is the competitive energy market in Texas, the authors say, which gives cheap sources of energy like solar an advantage over the more expensive coal.

Wind and batteries will also push coal plants out

Alongside solar’s impressive surge, coal’s market share will come under pressure from a substantial rise in wind power generation. A smaller but no less important increase will occur in battery storage, which the IEEFA believes will help renewables cover more of Texas’ energy needs. Storage in combination with wind or solar power facilities allow for energy produced at times of low demand to be held in reserve for peak times.

The IEEFA’s estimate, based on figures provided by ERCOT, is that installed wind power capacity could increase to 35,000 megawatts by the end of 2021 from its current level of 24,000 megawatts. Wind power drew virtually level with coal in terms of total energy output in Texas in 2019. In the first six months of this year, wind’s market share has risen above 25 percent, while coal has declined to 16.8 percent.

The larger presence of battery storage on the grid will help solar compete with coal even when the sun isn’t shining. “Solar will become an increasingly round-the-clock force as developers and utility companies invest in a once peripheral and now mainstream area of the electricity industry: battery storage technology,” the report states.

Conclusion based on market dynamics

The IEEFA doesn’t just base its pessimistic outlook for coal on the assumption of the growth of solar and storage. Another crucial factor is the current dynamic in the ERCOT marketplace.

The report argues that energy demand within ERCOT will continue to grow, but that this growth will largely be covered by an expansion of gas and wind power. This has been the case over the past decade, which has seen a sharp spike in natural gas generation due to the low prices produced by the shale oil and gas boom.

As a result, other sources of power generation will be left competing for a relatively constant quantity of megawatts on the grid. As solar generation grows and its costs sink, this form of renewable energy will continue to eat into coal’s share of generation.

Is there still a future for coal in Texas?

Even trade groups representing mining companies have been forced to acknowledge that coal usage is in decline. But Ches Blevins, executive director of the Texas Mining and Reclamations Association, hopes that the Trump administration’s removal of environmental standards implemented under the Obama administration could ensure coal plants remain part of the energy mix.

Coal mining “primarily for energy production, will continue for a number of years as our population grows and the economy stays strong in part because this baseload availability, reliability and cost competitiveness is important to Texas,” Blevins argued.

But with yet another coal plant scheduled for closure in the fall, even the most friendly regulatory environment may struggle to secure coal’s long-term place in the energy market if it can’t compete with cheaper, reliable alternatives. “We’re not gonna see another coal plant. It’s just an expensive, wasteful way to generate power,” says Chrissy Mann, senior representative of the Sierra Club’s Beyond Coal campaign. “The future of Texas is solar, wind and storage with a tiny bit of gas.”