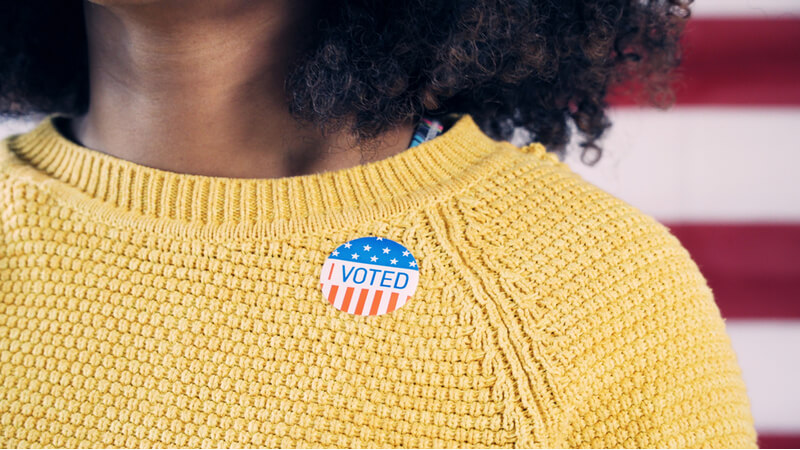 As America moves into election season, all eyes and ears will soon be focused on the upcoming presidential race. Of the many crucial issues that will undoubtedly be discussed, debated, and dissected throughout the election, the candidates’ policies regarding green energy, climate change, and sustainability will likely stand front and center.

Following is a rundown of each candidate and their green energy policies.

Former Vice President Joe Biden is the Democratic candidate for the 2020 election. According to his own statements, Biden pledges to “lead the world to address the climate emergency and lead through the power of example, by ensuring the U.S. achieves a 100 percent clean energy economy and net-zero emissions no later than 2050.”

Biden recently released his detailed policy plan, called “Build Back Better,” which seeks to invest $2 trillion in clean energy and rebuild infrastructure. The Build Back Better plan calls for the U.S. to reach net-zero carbon emissions by 2050. To achieve this goal, the plan aims to reach a carbon pollution-free power industry by 2035.

Biden’s proposal also introduces environmental justice components, such as creating an Environmental and Climate Justice Division within the Department of Justice.

President Donald Trump is the Republican candidate running for reelection in 2020. On his campaign website, his administration states, “President Trump has approved the infrastructure and provided the resources needed to unleash oil and gas production in the U.S.”

The Trump administration has drawn criticism from the renewable energy industry and environmental experts. During his presidency, President Trump announced his intention to withdraw the U.S. from the Paris Climate Agreement and rescinded several environmental policies enacted by the Obama administration, including ending limitations on carbon emissions for power plants.

In all, President Trump has reversed, revoked, or rolled back almost 70 environmental regulations. As explained in his website’s statement, the Trump administration prioritizes the oil and gas industry over green energy expansion.

Howie Hawkins is the Green Party candidate for the 2020 election. According to the party’s official website, the Green Party is “an independent political party that is connected to American social movements, and is part of a global Green movement that shares key values, including our Four Pillars: Peace and Non-Violence, Ecological Wisdom, Grassroots Democracy, and Social Justice, and our Ten Key Values.”

As the candidate for the Green Party, Howie Hawkins has outlined many environmental policies in his campaign. His plan is called the Ecosocialist Green New Deal and includes plans to reach zero to negative carbon emissions by 2030, bans fracking and new fossil fuel infrastructure, and implements policies for regenerative organic agriculture, to name a few.

On his campaign website, Hawkins outlines how he plans to pay for the Ecosocialist Green New Deal, pointing to cuts in military spending, reducing tax loopholes, and implementing progressive and ecological taxes. These include a carbon tax with rebates to low- and middle- income households, as well as severance taxes on the extraction of natural resources such as fossil fuels.

On her campaign website, Jorgensen addresses environmental policies, stating, “I will work to remove government barriers to replacing coal-burning and oil-burning power plants in the United States with safe, non-polluting, high-tech nuclear power plants – and allowing off-grid use of solar power. Worldwide, I believe we need to consider all scientific & economic knowledge to care for our environment, not cherry-pick data to support a pre-determined outcome. Most pollution is generated in developing countries, so reducing pollution worldwide requires cost-efficient zero emission energy sources like nuclear.”

As a member of the Libertarian party, Jorgensen plans to cut government spending across the board and reduce taxes, including income tax. Jorgensen also outlines policies to reconfigure social security, the healthcare system, and the criminal justice system.