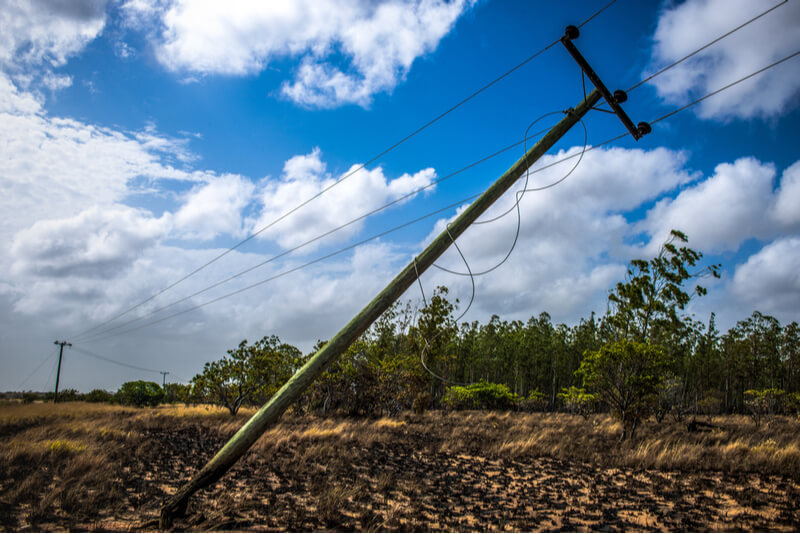 This week, Hurricane Laura was at the forefront of many Texans’ minds as the storm approached the Texas Gulf Coast. Hurricane Laura eventually made landfall as a Category 4 hurricane, hitting regions of Louisiana the hardest. Today, approximately 840,003 residents in Louisiana and more than 240,000 Texans are without power.

Hurricane Laura made landfall on the Texas-Louisiana coast late Wednesday night as a Category 4 hurricane. It brought catastrophic storm surge and flash flooding.

According to the National Hurricane Center, the storm moved inland through southwestern Louisiana with maximum sustained wind speed reaching 150 mph on Thursday morning. Experts believe the storm surge reached up to 20 feet. Throughout the day on Thursday, the storm weakened to a tropical storm.

As of Thursday morning, more than 240,000 Texans were without power in Jefferson and Orange counties, which sit near the Louisiana border. Additionally, about 43,087 people in Arkansas and 12,633 in Mississippi have also lost power.

Prior to the storm making landfall, approximately 10,000 people evacuated from Texas, Texas Gov. Greg Abbott told ABC’s Good Morning America. “It could have been a lifesaver,” Abbott said. “That may be one reason why we don’t have any reports of loss of life yet.”

Sadly, Louisiana Gov. John Bel Edwards recently reported the first known storm-related death in Louisiana was a 14-year-old girl. Edwards confirmed the death in an interview on Thursday morning, saying the fatality occurred when a tree fell on a home.

New Orleans-based Entergy Corp. has begun periodic power outages for customers in Texas, including far northern and eastern parts of the greater Houston area. Residents in four counties could be affected, including Montgomery, Chambers, Liberty, and Walker counties.

Reports indicate these brownouts are a result of damage done by Hurricane Laura to a transmission line in the Entergy service area. This damage has impacted Entergy’s power supply, forcing the company to limit the supply when demand is normally at its peak. Montgomery County Judge Mark Keough stated these brownouts could last for three days and will take place in the heat of the day when demand is highest.

Keough stated, “Right now they are working to reenergize transmission lines that if all goes well tonight should be up soon and will bring most of us out of the dark. They are continuing to power up a current shut down power plant that was shut down due to evacuation of the area. If these options come online tonight we should see power back on at some point tonight.”

According to Keough, the third option is to connect to the ERCOT grid. This route would be difficult and will remain a backup plan if all else fails.

The majority of the Houston area is covered by Houston-based CenterPoint Energy. As of yesterday, more than 99 percent of customers in CenterPoint’s service area still had power, according to the company’s Electric Outage Center.