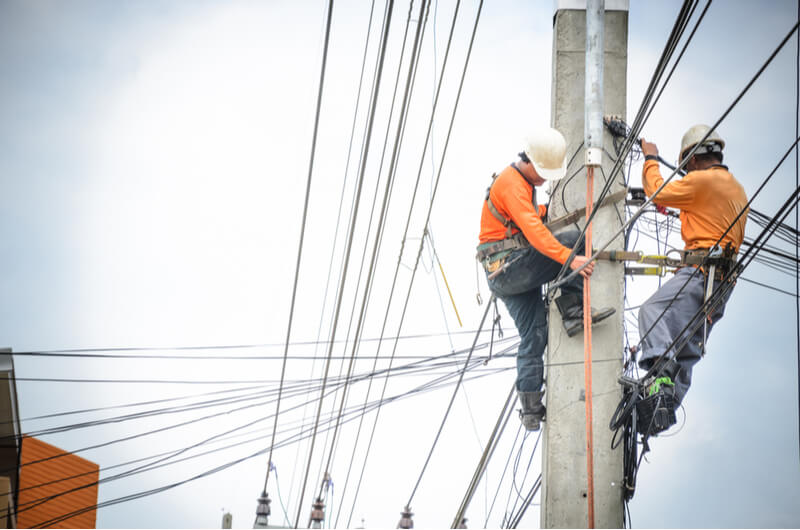 The PSC sees the transmission line as a key part of the state’s push to get 70 percent of its electricity from renewable sources by 2030. The target is sometimes labeled the “70 by 30” goal. It is the first step in a strategy to achieve a carbon-free grid by 2040 and net-zero emissions across all economic sectors by 2050.

“Even greater quantities of various types of renewable generation are necessary to achieve the clean energy mandates for 2040 and 2050,” the PSC wrote in a recent report. “Meeting these milestones will require investment in renewable generation, as well as storage, energy efficiency measures, electrification of the transportation and heating sectors, and electric transmission and distribution infrastructure.”

New York outlined its energy targets in 2019 with the Climate Leadership and Community Protection Act (CLCPA). This act includes installing 9 gigawatts of offshore wind power by 2035. It also outlines adding 3 gigawatts of battery storage by 2030 and fitting 6 gigawatts of rooftop solar by 2025. This act also pledges to improve energy efficiency by 60 percent by 2030.

As of October 2020, New York got about 28 percent of its electricity from renewables, according to the National Resources Defense Council. To reach the goal of 70 percent, the state will need to more than double this share. The state hopes to achieve this by simplifying the approval process for new projects.

New regulations require authorities to approve renewables projects with a capacity of more than 25 megawatts within one year of an application. In the past, the application process for new developments took as long as 10 years. This is because wind and solar projects were subject to the same regulations as fossil fuel plants. Between 2011 and 2018, for example, the state only approved two out of 42 utility-scale renewable projects.

Also, these new regulations lower the approval period for brownfield projects to six months. Brownfields are locations that have previously been used for industrial developments.

“We’re working against the clock to protect New York State from the effects of climate change, and cutting red tape so that renewable energy sources can be built and distributed more easily is part of that effort,” commented New York Gov. Andrew Cuomo.

Expanding transmission infrastructure is another building block for New York’s energy transition. In New York City, there is a need for lines to bring clean energy from rural areas to heavily-populated regions. About 88 percent of the electricity grid in upstate New York is powered by carbon-free sources. But downstate residents still rely on fossil fuels for over two-thirds of power.

In early 2021, New York State began the bidding process for three major transmission projects. One of them, a 330-mile line, will bring power from the Canadian border to New York City.

“If the state is going to satisfy the renewable energy mandates that are in the law, transmission absolutely needs to be built out,” Conor Bambrick, director of Environmental Advocates NY, told the Financial Times.

The importance of transmission will likely increase in the coming years. In a 2019 study, consultancy firm McKinsey estimated the power grid accounts for about 17 percent of New York’s greenhouse gas emissions. The vast majority of this comes from buildings and the transport sector.

Electric vehicles and electric-powered heating for buildings will be essential if New York is to meet its emissions goal by 2050. But this will place extra strain on the grid, with McKinsey projecting New York State’s electric demand will rise by one-third by 2040.

McKinsey suggested 17 gigawatts of offshore wind, 11 gigawatts of onshore wind, and 23 gigawatts of utility-scale solar will have to link to the grid by 2040 to handle this increased demand. These figures are “well above the state’s targets,” the consultants wrote.