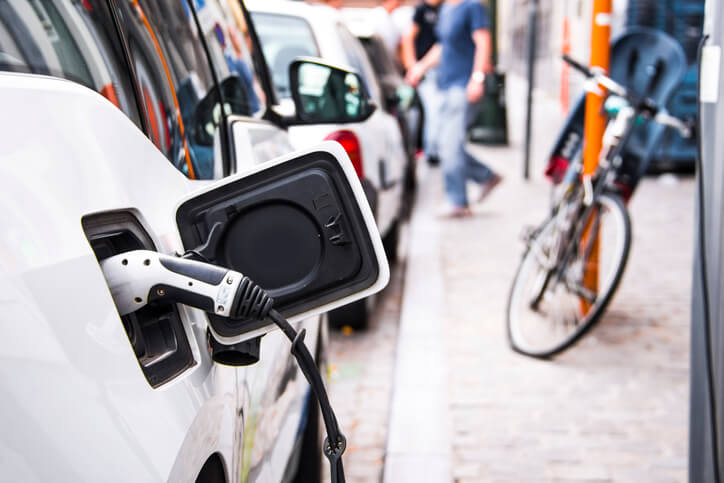 The sale of internal combustion engine-powered passenger cars and trucks will be banned in the state of New York by 2035, according to new legislation. The bill, which is awaiting the signature of Gov. Andrew Cuomo, also sets a 2045 deadline for the electrification of all new medium-duty and heavy-duty trucks.

A week before the New York legislation passed the State Senate, Cuomo joined 11 other governors in signing a letter to Biden urging the adoption of a 2035 target for all new vehicle sales to be zero emissions.

“By establishing a clear regulatory path to ensuring that all vehicles sold in the United States are zero-emission, we can finally clear the air and create high-road jobs,” explains the letter. “Moving quickly towards a zero-emission transportation future will protect the health of all communities.”

The New York measure is critical to achieving ambitious greenhouse gas reduction targets set in the 2019 Climate Leadership and Community Protection Act (CLCPA). Primary goals in that piece of legislation include:

Greening the state’s car and truck fleet will play a major role if these emissions reduction goals are to be achieved. Currently, transportation accounts for about 28 percent of greenhouse gas emissions.

Cuomo has pledged that the state will invest $1 billion over the next five years in growing the EV market. This includes supporting the buildout of charging infrastructure.

However, some advocates believe the state’s timetable is too slow. They argue that gas-powered cars and trucks sold in the early 2030s could still be on the road in large numbers well past 2040, since the life of a vehicle can be 10 to 15 years.

Kathy Harris, a clean vehicles and fuel advocate at the Natural Resources Defense Council, says the time frame for greening medium- and heavy-duty trucks should be shifted forward to 2040. Commenting on the legislation in general, she adds, “We would actually like to see a more aggressive timeframe…We need standards in place to help the market achieve these goals.”

A long way to go

New York has a lot of work to do to achieve the 2035 target. A statewide goal of having two million electric vehicles on the road by 2030 is only three percent complete.

One contentious issue in rolling out the necessary charging infrastructure for electric vehicles to reach the goal is who should pay for it. Last year, New York’s Public Service Commission approved a $700 million program to support the construction of around 55,000 charging stations across the state. The funds are being raised through charges to ratepayers on their power bills.

A related topic of debate is the rates to be charged for vehicle charging once the infrastructure is in place. Zero-emission vehicle advocates have endorsed a proposal to require utilities to draft new commercial tariffs for different classes of vehicle charging. But utilities like Consolidated Edison have criticized this proposal because it could pass the burden onto all customers.

Allan Drury, a ConEdison spokesperson, explains that the proposal would be “too prescriptive and would unfairly shift costs from charging companies to other customers, including those who struggle to pay their bills.”

Michelle Hook, vice president of New Yorkers for Affordable Energy, argues against the 2035 zero-emission vehicle target in its current form. She notes, “New York is actively working to add electric vehicles to the grid while simultaneously replacing low-cost, reliable natural gas with intermittent renewables. If both efforts move forward, the outcome will leave New Yorkers paying more for less reliable electricity. The state should pump the brakes on a massive overhaul of the energy industry until we know the costs associated with such a plan, and the increased demand EVs will place on our energy grid. If not, the consequences could be dire for average New Yorkers who are left unable to pay their energy bills and potentially in the dark.”