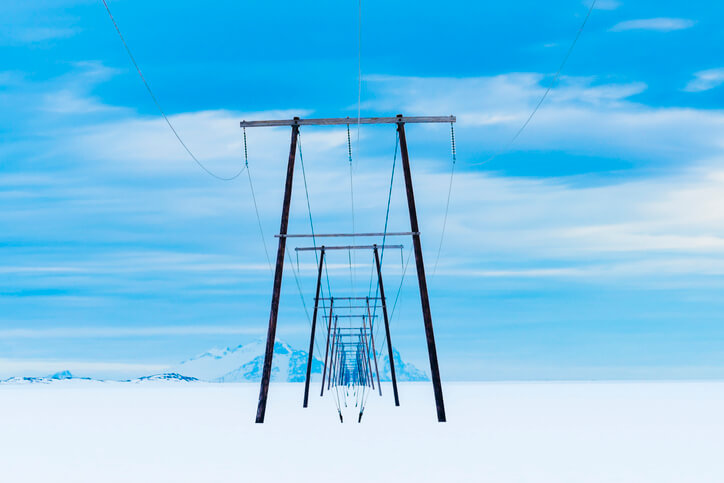 Electricity companies in Texas require a multi-billion dollar bailout to prevent bankruptcies and market trouble following last February’s failure of the power grid. That’s the message being sent by lawmakers in the Texas House, who have supported a bill calling for a new charge to fund approximately $2.5 billion in financial support for struggling electricity providers. The Senate is expected to adopt the measure soon.

The proposal, known as HB4492, was passed by the Texas House earlier this month. It includes a surcharge for electricity companies, which would pass this on to ratepayers through their power bills. Lawmakers would not say how high the charge would be but indicated it could last for over a decade. The revenue from the charge will buy bonds to cover the debts of electricity companies that can’t be repaid. A new entity called the Texas Electric Securitization Corp. would manage these funds.

Advocates for the charge, which was supported by a vote of 129 to 15 in the House, say it’s necessary to prevent several companies from going bankrupt.

Brazos Electric Power Cooperative provides just one example of this threat. The rural cooperative supplies electricity to 1.5 million customers. Brazos Electric declared bankruptcy due to debts totaling $1.8 billion to the Electric Reliability Council of Texas (ERCOT). ERCOT is the entity that manages the power grid.

Rayburn Country Electric Cooperative, a not-for-profit that supplies electricity to four distributors in northeast Texas, also petitioned ERCOT in early May to stop requesting and collecting invoice payments for the period during the February storm.

The main source of the debts was the spike in electricity prices during the February storm. Over 30 gigawatts of power generation fell off the grid due to the inability of natural gas power plants and wind turbines to continue operating in cold temperatures. In turn, this caused power prices to rise up to $9,000 per kilowatt-hour, the maximum allowed by ERCOT. Electricity providers paid these high prices for several days to purchase power from power generators.“This is a financial crisis, and it’s a big one,” explains James Schaefer, a senior managing director at investment bank Guggenheim Partners. “You’ve got to free the system. It’s horrible that a bunch of folks have to pay, but it’s a system-wide failure. If you let a bunch of folks crash, it’s not a good look for your state.”

While most state representatives and senators recognize the financial support is required, some have criticized the bailout. They say it supports companies who failed to prepare for the crisis, despite advanced warnings. Over 100 people died in Texas due to the power outages, and 4 million households lost power.

“I have to go back to Laredo and say, ‘I know you didn’t have electricity for several days, but now I’m going to make you pay a little more for the next 20 years‘,” said State Rep. Richard Peña Raymond to The Texas Tribune. Peña explained that despite his concern, he voted for the bill to stabilize the market.

Some ratepayers appear less willing to accept such arrangements, especially with reports revealing that providers cut off customers during the storm in order to sell their power on the spot market for higher prices.

Austin Energy, for example, had 220,000 customers without power at the peak of the crisis. But the company is anticipating some $54 million in power sales from the same five-day period. Austin Energy argues it was merely following requirements imposed by ERCOT, which needed the power on other parts of the grid to prevent more long-lasting and catastrophic blackouts.

According to the Washington Post, more than 200 ratepayers had signed up for liability lawsuits against energy companies by mid-April. Laron Limuel, an Austin resident who lost power in February and was forced to sleep in his car, told the Post that he blames Gov. Greg Abbott for not ensuring “that the system is running right.”

“There’s no doubt there’s a lot of sinning here,” adds Brent Coon, an attorney from Houston. “There’s a lot of moral wrong. The question is, was there legal wrong?”

Failure to act will increase cost of power bills

Supporters of the bailout counter the critics by pointing out that if no financial support is offered to the electricity providers, bills will go up even more than under the bailout plan. They say that’s because investors will be less willing to put their money into the Texas market, which will reduce competition and push up electricity prices.

Republican State Rep. Chris Paddie, who sponsored the bailout bill, tells the Texas Tribune, “(N)one of us want to increase fees or taxes…We have to deal with the reality set before us.”

A second bailout proposal aimed at helping power generators winterize their facilities so they don’t fail when cold weather strikes again is also being debated. According to Forbes, the current plan will see another fee added to utility bills for years to come.