House fires are among the most common disasters in the country. In fact, about 27 percent of all fires in the U.S. occur in residential homes. And according to the National Fire Protection Association, residential fires are the leading cause of fire-related deaths each year.

There are many ways to ensure your home is protected from a fire. Practicing prevention methods and following fire safety procedures can help you keep your home safe and fire-free.

Following are a few of the most common fire safety tips. 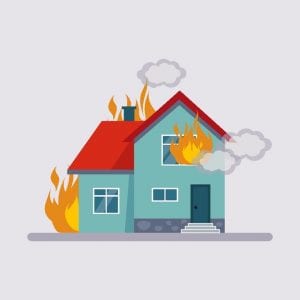 In the living room:

Types of fires and fire extinguishers

There are five types of fires, and they are usually determined by the fuel source. Types of fire are broken down into Class A, Class B, Class C, Class D, and Class K fires. Based on the classification of fire, there are also different types of fire extinguishers.

Class A Fires and Class A fire extinguishers

Class A fires burn ordinary combustibles as their fuel source, including wood, cloth, trash, plastics, and paper. Class A fires are often accidental – for example, a bonfire that grew too large or a trash fire that spread quickly.

Class A fire extinguishers normally use pressurized water or dry chemicals. While the water works to put the fire out, the dry chemicals absorb the heat or coat the fire completely.

Class B fires burn from flammable liquid or gas. Commonly, Class B fires include gasoline, kerosene, or petroleum-based oils and paints. Butane and propane also act as a fuel source in Class B fires. It’s important to note that any fire created by cooking is classified as a Class K fire.

It is important to note that you should never use a water-based extinguisher on a Class C fire. Fighting an electrical fire with water is not only ineffective, but also dangerous and can put you at risk of electrical shock. When choosing a Class C fire extinguisher, be sure to stick to the approved materials.

Class D fires are fueled by combustible metals such as aluminum, magnesium, titanium, and lithium as the fuel source. Class D fires can be especially dangerous in lab environments.

Class K fires are cooking fires involving oils and grease found in kitchens. Naturally, Class K fires are most common in the food and restaurant industries. When a Class K fire reaches a high temperature, it can spread quickly and become especially destructive.

How to extinguish fires

It’s important to understand the components of a fire. There are four key elements that make a fire: fuel, oxygen, heat, and the chemical reaction of fire. See the fire triangle below:

How to use a fire extinguisher

What to do if there’s a fire

Here is a step-by-step explanation of what to do in the event of a fire:

How to extinguish types of fires

Microwaves: If the fire has not spread past the microwave, close the microwave door and unplug the appliance if you’re able to safely reach the outlet. Shutting the door will cut the fire off from oxygen and suffocate the flames.

Televisions: The heat from a television can start a fire if flammable objects are too close. And, like most types of electric devices, televisions can malfunction, spark, and cause an electrical fire. If your television is smoking or on fire, unplug it if you’re able to do so safely. Be sure to have the correct type of fire extinguisher in your home in the event of an electrical fire.

Campfires: If your weekend plans involve burning a campfire, remember to keep the flames at a manageable level and never leave the fire unattended. Once the wood has burned down to ash, pour water onto the embers until you no longer hear a sizzling sound. If you don’t have water on hand, dirt will also put out the embers. Before leaving the campfire, carefully test the heat level with your hand. If it still feels hot to touch, it’s too hot to leave unattended.

Fires can lead to a myriad of environmental, societal, and financial hardships. In the U.S. alone, NIFC reported more than 52,000 wildfires burned nearly 8.9 million acres in 2020.

2020 was a particularly bad year for wildfires in the U.S. More than 30 fatalities were reported  on the West Coast as wildfires ravaged California, Oregon, and Washington. 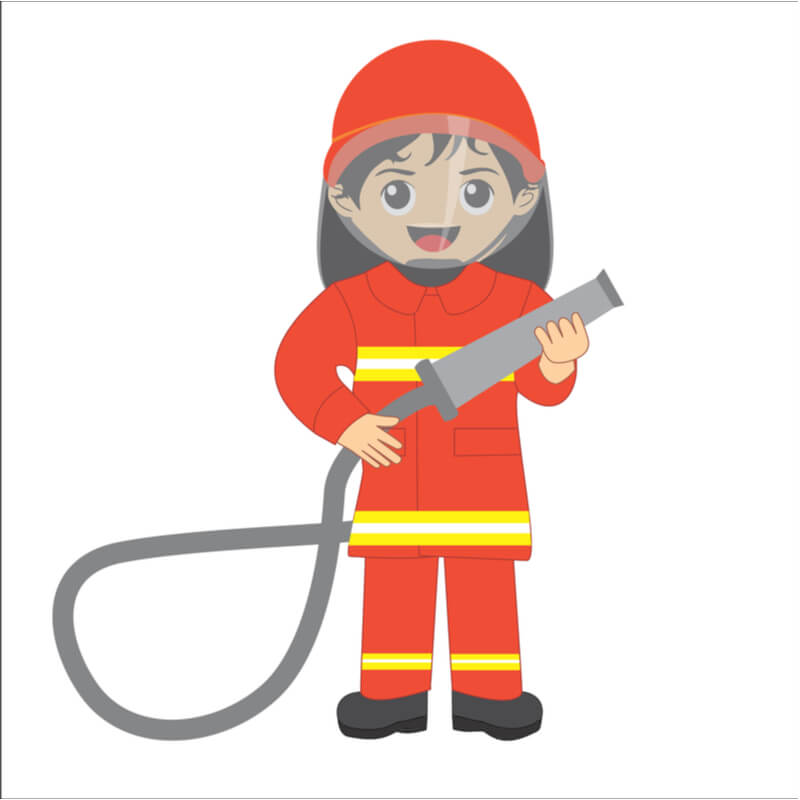 Keep fire materials away from your kids

People ages 65 or older are twice as likely to be injured or die in a house fire compared to the rest of the population. Following are fire safety tips for senior citizens.

More than 43 million Americans live with a disability. So, it’s important to understand how to stay safe in the event of a fire. Here are fire safety tips for people with disabilities:

A fire can have a major impact on your life. But preparing ahead of time and practicing prevention habits can ease the risk of house fires.

The most important tip in this guide is to make a safety plan for your household. With your fire safety plan intact, you can escape from a house fire with minimal damage.

It’s worth noting that everyone’s fire safety plan will look different. Depending on your living situation, you may need to account for different challenges if a fire breaks out. That’s ok – just think through what you will need to quickly and safely exit your home.

“In just two minutes a fire can become life-threatening, ready.gov says. In five minutes, a residence can be engulfed in flames. Prepare now for what could happen.”