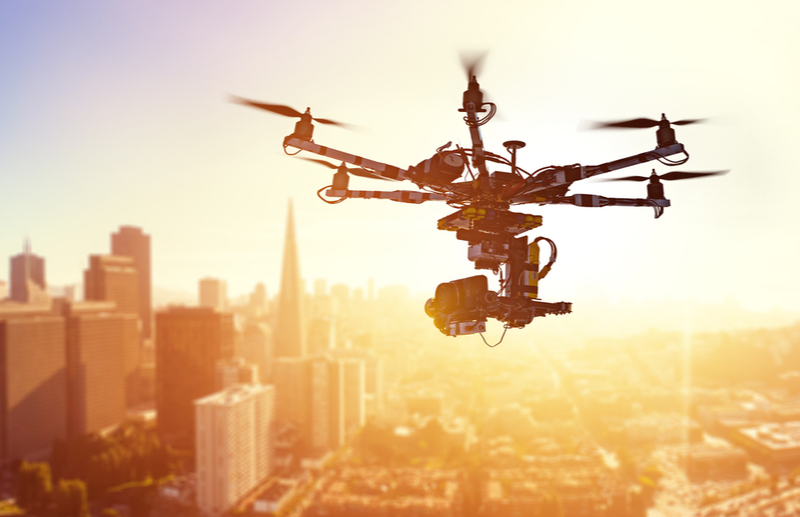 In the plight to decelerate the sure impact of climate change, who to call? Robots, of course.

Now, and into the future, robots and Artificial Intelligence are set to take on greater roles to offset the carbon dioxide burden that is turning up the heat worldwide. Most scientists agree that extreme weather events are the new norm, and it will take a diversity of approaches to address the impact of climate change.

Planting more trees could keep global warming at bay until 2050 when experts warn of dangerous times ahead. Getting one trillion trees or more into the ground to knock back a decade’s worth of CO2 is one option. Everyone could grab a shovel and pitch in, or maybe the robots can help.

“Every year, 15 billion trees are destroyed from natural and anthropogenic causes. Despite the U.S. $50 billion a year spent on replanting, there remains an annual net loss of 6 billion trees,” according to BioCarbon Engineering. The company founded by NASA engineer Lauren Fletcher says its drones are prepared to plant one billion trees a year. That technology can identify best planting locations, then set the drones into action using pressured air to drive 120 nutritionally primed seedpods into the ground per minute.

No doubt that lessens the time spent for planting, but it takes years for trees to mature to sequester carbon. In the meantime, others hold out hope for smarter technology that is just on the horizon.

BiomiTech celebrates the creation of its BioUrban air purification system that boasts “100% Mexican technology,” and as un-tree-like as it appears, it may grow on human sentiment over time. One “tree” by itself sucks up enough air to purify air at the level of 368 trees.

Robots and AI offer humans a variety of interesting approaches

Drones are on the fly, able to squeeze into extremely cold and hot spaces where humans dare not tread. They efficiently capture data, measurements and samples of heavy CO2 concentrations.

They could also track the nonstop dirty logistics movement of goods via trucks, trains and cars, with AI leading the way for GIS technology to pinpoint heaviest carbon impact using geospatial data. Spotting those ecological impact trends could then be used to drive policy and legislation toward clean energy solutions.

Harvard scientists are also working on several AI projects. One catalytic converter has coating fashioned after the wings of a butterfly that could reduce pollution and cut the cost of air purification, making clean air accessible to worldwide. Among numerous other applications, the scientists are also developing a bionic leaf that converts sunlight and CO2 into clean liquid energy.

This year so far, some 70,000 fires have ravaged the Amazon rainforest, the world’s greatest source of carbon sink, often known as “lungs of the earth.” In the battle to quench the fires, and tackle so many other carbon impact issues, the prospect of robots fixing humanity’s mistakes holds strong appeal.

But John Leary, executive director of Trees for the Future, takes a more pragmatic view. He believes the main goal must be to take care of the earth’s existing resources and restabilize systems by properly addressing healthy soil, farmland and food systems.

As one might expect, he believes trees are the answer, but Leary isn’t impressed with the rapid mass deployment of robots. Instead, he says that society must keep existing forest systems intact.

Not all trees are alike

If the types of trees and placement aren’t carefully planned, it could do more harm than good. Experts warn that planting one trillion trees without real direction is too simplistic, and there needs to be more understanding about what types of trees grow best in which areas.

Leary stresses the fires now destroying the Amazon are directly linked to Brazil’s sale of beef and soy as the threat of global hunger drives the purchase of those two environmentally devastating products.

Slashing and burning, followed by years of grazing and plowing kill the soil quickly, and the earth becomes unable to heal itself. He explains that the result is accelerated climate change impact manifesting in extreme weather patterns that drive wildfires.

Cutting down existing trees to make room for monocrop agriculture deteriorates the soil faster, making it impossible to plant more trees once the land is destroyed. Leary contends that society must change its mind about the global food system, realizing there are ways to feed the planet without destroying forests.

“Robots aren’t the solution because the slow rate of tree planting isn’t the problem. The problem is our food system and our inability to acknowledge that we are detrimentally dependent on animal agriculture – and that process is killing our planet,” he adds.