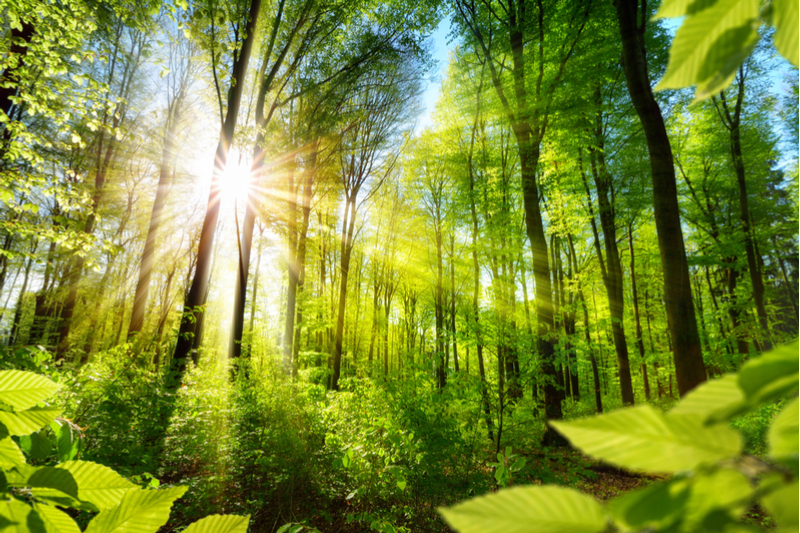 New carbon capture and recycling theories are under development across the globe, with the hope that widespread adoption could balance or even reverse the effects of climate change.

However, the best carbon capture option might be to work with what we’ve got.

Carbon engineering technologies such as Direct Air Capture cost more than anyone is willing to pay, and – at least for the time being – are only theoretical. Even if these technology theories came to fruition, experts believe they would not be enough to stall the earth’s temperature from rising above a catastrophic 2.7-degree heat threshold.

Colleen Kredell, director of research for the nonprofit Next 10, says California especially is feeling the effects of centuries of greenhouse gas emissions.  Carbon dioxide continues to pump into a hotter atmosphere and as the earth gets drier, it won’t be able to handle much more carbon in the ground.

Given the current trajectory, Kredell says to expect more extreme weather and raging wildfires as a result of climate change. Luckily, she explains, there are naturally efficient carbon-negative solution already in our environment.

“Trees and vegetation have been taking carbon out of the atmosphere since the beginning of the world,” Kedrell says. “So, how can we manage the processes of this land so that we increase their potential to capture and store more carbon over time – to become more of a solution for climate problems than a risk?”

While tree planting services are helpful for carbon reduction, she explains that climate change has already reduced the earth’s ability to naturally store carbon. Other practices, including switching to new fuel-efficient vehicles, can also help avoid emissions but won’t help eliminate what’s already in the air.

Working lands, however, are a proven carbon-capture strategy.

To meet California’s 2045 climate goals, Next 10 and The Nature Conservancy highlight the bigger picture of carbon storage in their recent report.  Among their recommendations, researchers call for better forest management and the use of natural land to store carbon. Selective harvesting for younger trees, which stores less carbon while simultaneously saving older trees, would preserve a better carbon sink.

Right now, the majority of greenhouse gas emissions come from the transportation and electricity sectors (although electric emissions have been on the decline in recent years). To move more permanently away from fossil fuels, Kredell says the challenge is in changing consumer decisions and building the necessary infrastructure to support alternative energies – i.e. providing electric vehicles with charging stations along roadways.

“We need to electrify our transit system to truly accomplish our climate goals long term. That being said, working lands can provide part of the solution, a cost-effective solution,” she explains.

According to Dick Cameron of The Nature Conservancy, who conducted the study in collaboration with researchers from U.C. Santa Barbara and Bowdoin College on behalf of Next 10, California also must invest significantly more in its natural and working lands as part of its long-term climate strategy,.

“By implementing land use strategies that are currently available, our forests, rangelands, and farmlands can pull carbon out of the atmosphere and achieve five to seven percent of the emissions reductions needed by 2050,” Cameron explains.

Next to China, the U.S. pumps out the most carbon into the atmosphere worldwide, with the majority of the carbon dioxide emissions attributed to oil, gas and coal.

In its recent analysis, Michigan Technological University goes so far as to say that the planet must exclusively power itself with solar energy or that the earth must be mostly covered in trees to offset the damage done by burning coal.

David Turnbull, strategic communications director of Oil Change International, says the mechanical process of capturing carbon emissions and storing them underground is not only very costly but also impossible given the level of emissions that the Earth needs removed.

Climate solutions are simply not moving fast enough toward full-scale implementation. Turnbull adds that the current tax credit for CCS capture with Enhanced Oil Recovery hurts rather than helps the environment.

“The oil industry claims to be sequestering carbon emissions. This is essentially a gambit to get tax credits for injecting carbon dioxide into the ground to try to stimulate more oil production from old oil wells,” he says.

The process entails taking carbon dioxide produced by various sources and pushing it back into the ground, in an attempt to draw out even more oil. This common practice by the oil industry, rather than permanently eliminating carbon dioxide from the atmosphere, produces even more carbon dioxide when it’s eventually burned.

Negative emission systems, including several CCS systems, may someday be more economically-viable on an industrial scale, but in the meantime, there are trees. Turnbull says Direct Air Capture is one of several CCS approaches that are either not proven to be technologically viable or economically feasible.

“If it doesn’t go right, all of a sudden we have continued our reliance on the burning of fossil fuels, which we know is the contributor to the climate crisis,” he warns.

Currently, the CCS process of capturing carbon emissions as they are released pushes the carbon dioxide through pipes and injects it into the ground where it would remain indefinitely – or not.

Carbon dioxide injection into natural gas wells raises its own host of concerns about whether it actually stays in the ground or if it can be disturbed and rereleased into the atmosphere or nearby waterways.

“[Carbon capture is] extremely expensive, and it’s not entirely proven whether it would stay in the ground forever. There are questions of health with contaminating drinking water, and causing problems with ecological cycles where it’s being done,” says Turnbull.

RELATED: The case for carbon capture

Turnbull believes that the most critical component in controlling climate change is to stop fossil fuel production completely. But, while world governments continue to fight over the continued use of fossil fuels, we have the trees: “We should be focusing on making sure that we’re not cutting them down at the rates that we are,” he said. “A lot of the other technologies that people are talking about are essentially still unicorns, they don’t really exist. Trees exist.”

Dianne Anderson covers education, health, and city government stories with an eye on legislative impacts to diverse communities. She has received awards from the American Cancer Society – Inland Empire, and the Southern Poverty Law Center. Over the years, she has reported for the Long Beach Leader, the Inland Valley Daily Bulletin and contributed to the Pasadena Weekly.