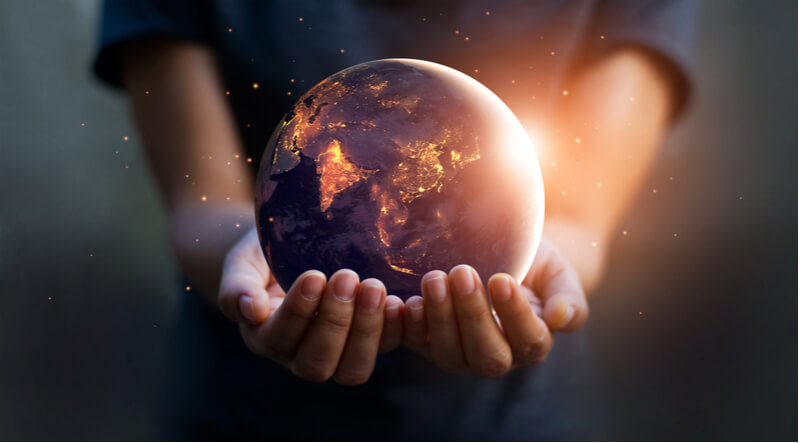 Earth Day usually involves outdoor celebrations, gatherings, and events geared toward celebrating sustainability and the environment. However, this Earth Day arrives during a nationwide quarantine, meaning most Americans are unable to celebrate in their usual fashion.

But there are still other ways to celebrate Earth Day and support environmental organizations. Keep reading for a few ways to get involved and recognize Earth Day virtually this year.

Earth Day Network (EDN) has celebrated every year since the very first Earth Day in 1970. This organization works with more than 75,000 partners in 190 countries and hosts global events each year to celebrate the holiday.

This year, however, EDN is taking its celebrations online to mark Earth Day 2020 – the 50th anniversary of the holiday. EDN will host 24 hours of digital events across the world in support of the environment. Tune in for livestreamed discussions, a global digital surge, and other events that viewers can watch live from their computers. The EDN website also offers an interactive map to help you find digital events in your area so you can celebrate Earth Day virtually.

Located in San Francisco, the Exploratorium offers programs and events aimed toward educating the public, especially kids and adolescents.

The Exploratorium’s Earth Day celebration this year will be livestreamed on the website, but viewers can also watch the stream on Facebook or YouTube. The program will cover topics ranging from Earth science in the kitchen to the environmental benefits of sheltering in place.

Participate in a socially-distant run

Earth Day celebrations frequently involve running in a race alongside lots of other runners. However, events such as the Run for Clean Air in Philadelphia are moving online to avoid large crowds and follow social distancing guidelines.

The Clean Air Council encourages participants to register online and do their own 5k, 10k, or 3k walking route. Participants can share their running or walking route online with the hashtag #runforcleanair. Because exercise is still allowed during quarantine, getting outside and going for a run or walk is an easy way to celebrate the Earth without being physically near other people.

Earthx is partnering with National Geographic to offer virtual events this year in honor of Earth Day’s 50th anniversary. Lasting until April 26, these events are free to virtually attend and can be accessed through the Earthx website.

Events this year include conferences and panels covering renewable energy, environmental law, and sustainability within politics. Anyone interested in streaming these events can register online to celebrate Earth Day virtually.

Animation and Poetry for our 50th Earth Day

Hosted by artist and animator Marilyn Zornado, this celebration offers a program of short animated films to mark the 50th anniversary of Earth Day. This 25-minute program will include eleven short films from artists and animators from the Pacific Nortwest.

This year’s Earth Day may feel different, but the spirit of the holiday remains the same. Increased effort and education can make a difference in the health of the planet. So to mark the 50th anniversary, take time to celebrate Earth Day virtually.