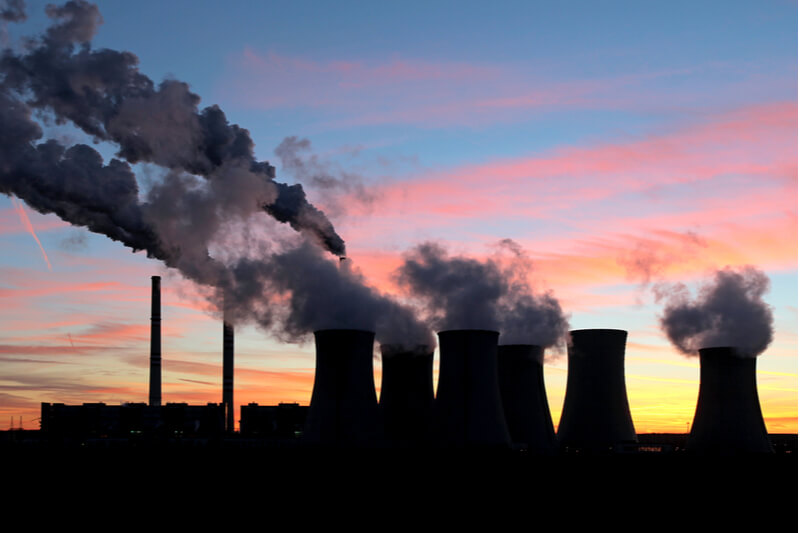 Houston-based CenterPoint Energy, which serves 7 million electricity and natural gas customers across eight states, is aiming to slash its operating carbon emissions by 70 percent over the next 15 years. That’s one of the main goals contained in the company’s recently released emissions reduction strategy, which also includes a target of cutting emissions from its natural gas usage by 30 percent by 2040. These goals are based on the company’s 2005 emissions.

CenterPoint interim president and CEO John Somerhalder says the company aims to hit the 70 percent reduction target “by continuing our robust pipeline replacement program … and partnering with our suppliers to lower their methane emissions.” Large investments in its gas distribution business have enabled CenterPoint to cut greenhouse gas emissions by 30 percent per unit of natural gas delivered since 2012, he added.

One of the alternative fuels being pursued by the energy company is renewable natural gas (RNG). It is currently engaged in a second attempt to gain approval for an RNG trial program in Minnesota.

Critics call for commitments on coal

Not everyone was impressed by CenterPoint’s announcement. The main critique is that it avoids referencing the approximately 1 gigawatt of coal power generation controlled by CenterPoint, which it uses to supply its gas customers in Indiana.

CenterPoint-owned Vectren plans to present an integrated Resource Plan in May that will outline its intentions for the coal power plants. Vectren was acquired by CenterPoint in a 2018 merger worth some $6 billion. At the time, CenterPoint pledged that the takeover would not result in increased energy costs for its customers.

“Our hope is that as part of this emissions reduction goal, CenterPoint’s intention is to phase out their coal fleet in Southwest Indiana within this IRP process and replace those plants with affordable renewable energy,” said Wendy Bredhold, a senior representative for the Sierra Club’s “Beyond Coal” campaign.

The Sierra Club and Morgan Stanley produced separate research reports showing that consumers could save millions of dollars if Vectren switched its coal to renewables in its energy plan. The report found that all of the utility’s coal resources would be uneconomical compared to wind power in Indiana by 2024. The Sierra Club study noted that replacing the entire F.C. Culley plant with renewables and energy storage would cost less through 2030 than Vectren’s plan to shut down most of the plant but continue running F.C. Culley unit 3.

Questioned by Utility Dive, a CenterPoint spokeswoman refused to be drawn on any commitment to close the A.B. Brown and F.C. Culley plants. However, Angela Retherford, CenterPoint vice president of environmental affairs and corporate sustainability, laid out the company’s general commitment to clean energy in a news release.

Retherford noted, “There are significant benefits to transitioning to cleaner energy beyond just environmental. By investing in new projects that lead to good-paying, green jobs, CenterPoint Energy is helping to support local communities, while showing how energy companies can be a partner in building America’s clean energy future.”

Despite the criticism of its emissions reduction plan, CenterPoint believes it has a track record it can build on.

“On the electric side, we’ve had a strong history of reducing carbon and we believe that there is potential to serve our customers’ energy demands with lower carbon resources on the gas side,” Amber Lee, CenterPoint’s director of regulatory affairs, told a Senate committee hearing in February.

CenterPoint took a leading role during the early 2010s in developing integrated smart grid technology for its customers in Houston, where it serves over 2.4 million customers. “We’re thinking of this as an enterprise foundation for the future,” commented Kenny Mercado, CenterPoint senior vice president for electric operations.

Referring to the rise of rooftop solar, energy storage, and energy-smart home and businesses, Mercado added, “Within 10 years or sooner, the distribution grid will look a lot different — and we can’t wait until it’s too late. We need a system that’s ready to absorb these dynamics now.”