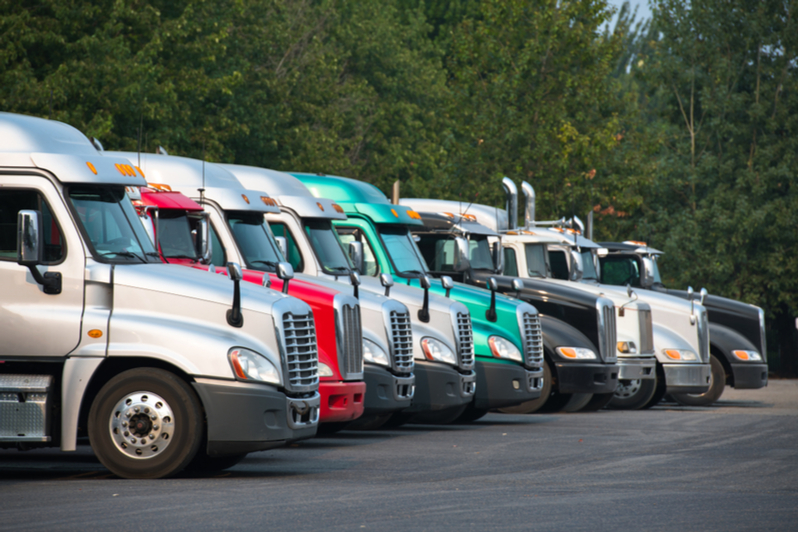 Each year, hundreds of billions of dollars flow through the nonstop goods movement of Long Beach and Los Angeles ports, fueling California’s economy, providing thousands of trucking jobs for mom and pop businesses. But over the long haul, the region is gasping under some of the worst pollution in the state and nation, with higher asthma and cancer rates – not to mention high costs at the pump.

Considering the smog impact, climate advocates say that too much money and too many resources are going toward support for Near Zero Emissions natural gas demonstrations, prolonging the switch to Zero Emissions battery electric trucks. To date, there are no commercialized ZE trucks in demonstration as the technology winds its way through development and pilot test mode.

Matt Arms, the port’s acting director of environmental planning, said demonstration trucks come and go, and many haven’t been delivered yet. Orders have been placed for Low NOx natural gas engines are expected soon, but for now the main focus is figuring out how different technologies can work within a port range environment.

Ongoing San Pedro Bay Ports Clean Air Action Plan (CAAP) studies keep close tabs on the transition to ZE, with a goal of getting to ZE port terminal equipment by 2030, and ZE trucks by 2035. Those studies run on a three-year cycle to revisit technology, commercial viability, economic and operational feasibility, and available infrastructure.

“We look at the assessment to say, is there a technology today widespread throughout San Pedro Bay that can be deployed? We’re right on the cusp,” Arms explains.

Manufacturers are looking at several different platforms through various demonstration projects. “There’s some battery electric out there, hydrogen fuel cell, hybrid, natural gas, and each OEM, Original Engine Manufacturing. The people that build these and technology developers are looking at their trucks and take that information to refine it further,” Arms said.

One target is getting to the point where manufacturers have something they can sell on a commercial market, but CAAP has also drawn public criticism against natural gas taking the lead in demonstrations simply because it is easier to be deployed.

“I think that is a very real debate that is going on throughout this space, is are we going to do something that is a transition or transformational? There are very good pros and cons on both sides,” he said.

Another major concern is that small businesses and independent truckers simply can’t afford to make the switch to clean trucks.

Incentive funding could help truckers get into clean energy trucks

Whether NZE or future ZE trucks, Arms said until the trucks are mass-produced and commercialized, the incremental upfront costs will be substantial. Except for some CARB and AQMD sources that offer incentives, funding is currently unavailable.

POLB has advocated for more incentives in the near term and partnered with AQMD to boost incentives for Natural Gas vehicles.  He is hopeful that more support will be available in the future to help drivers and truck owners offset the state purchase price of these new types of trucks.

So far, over the past year and a half, POLB, the second busiest port in the United States, has received $70 million in state grants to demonstrate actual equipment and infrastructure.

Community groups and businesses also worry over the “methane slip” of using Near Zero Emissions, both in operation, production and transmission of natural gas. One change late last year was that all new drayage trucks entering registry were required to be 2014 or newer.

Arms said they are trying to thread the needle. “We are technology and we are fuel neutral,” he said. “We have our zero-emission goals that we are committed to achieving, but at the same time, there are possibilities for real emissions reductions today.”

On the upside, they are making progress

Since 2005, the POLB reports that port-related air pollution emissions in San Pedro Bay have dropped 87 percent for diesel particulate matter, 58 percent for nitrogen oxides, and 97 percent for sulfur oxides. Compared with most other state ports, Taylor Thomas, research and policy analyst with East Yard Communities for Environmental Justice, said that Long Beach and Los Angeles ports have the jump in planning for what to do about the 100 tons of daily smog the ports generate in Southern California.

But she adds that CAAP’s NZE proposals are not nearly good enough to reach the states anticipated clean air goals. The fleets must be greened for the electricity system, and the ports must get ZE quickly.
More money into zero emissions demonstrations and research is needed now, along with better support for companies that are creating and developing zero-emissions technologies, she said.

EYCEJ, as well as many other groups, are pressuring regulators for policy language that specify any incentives that utilize public dollars go toward zero-emissions only. She feels the smaller fleets and zero emissions should get priority in receiving incentive dollars.

“Industry loves incentives because it makes it easier for them to buy their equipment. I think generally we prefer the polluters pay to transition their own technology,”  said Thomas.

When it comes to emissions, Taylor stresses there is a big difference between net zero, near zero and zZero.  EYCEJ feels CAAP Zero goals are still too conservative and lack interim steps needed to transition to a zero-emission port. “You have to deal with the operators, terminal owners, the manufacturers, the labor. On top of that, laying down the infrastructure. Who’s going to buy the trucks and maintain the trucks?” she said.

Doug Epperhart, president of Coastal San Pedro Neighborhood Council, said scientists on the council have discussed going NZE natural gas versus straight to zero emission. But he said the fight is still stuck on square one.

“One thing we’re trying to push at the port is getting charging stations out there, set up the infrastructure for electrical charging. If nothing else, put regular vehicle chargers out there. Do something,” he said.

Epperhart, who has a background in economics, has sat through years of CAAP meetings and public  comments. He believes that workable solutions are available.

For instance, he says, the state could float a $1 billion bond issue, purchase clean trucks and put them in the ports where they could lease them to companies and drivers at cost.

“We can rent, do whatever we need to do to make this happen. That’s a huge economic incentive. That’s not something that costs us,” he explains. “That’s something that ultimately economically benefits us.”