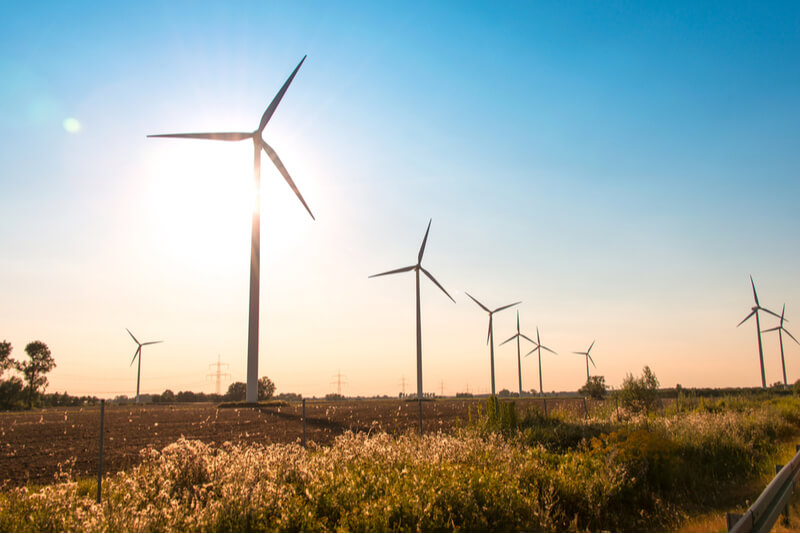 As trillions in financial aid dollars wind through several phases of Congress, clean energy trade groups are holding out hope that they can protect their workers and jobs.

At the very least, they’re pressing for whatever help they can get to keep the lights on for members during the coronavirus crisis. The wind energy industry alone comprises about 20 percent of all electricity, representing some 35,000 jobs and over $40 billion of investment that could be at stake without policy intervention.

Right now, projects are at risk because of the global disruption of the supply chain. If not for the pandemic that stopped the world, they would have received the Safe Harbor provision credit.

With social distancing efforts, the disruption of the supply chain has made it difficult to get the parts needed to complete projects, and it’s hard to predict the longer-term impact on construction. The AWEA is requesting that 2017 projects extend to the end of 2022, along with an extension of the Safe Harbor provision and extension of direct pay.

In the economic crisis of 2009, the stimulus package included strong financing and investment toward renewable energy in ways that helped spring the industry forward. This time, however, clean energy is holding back an array of ready projects that are either under construction or advanced development.

Tom Kiernan, CEO of the AWEA, expressed in a recent statement his disappointment and concern that the clean energy sector is absent from this year’s stimulus bill. The AWEA has 114,000 wind energy workers operating in 50 states.

The association emphasizes that they will continue to push for relief provisions so their renewable projects can move ahead to stay on Safe Harbor schedules, and to not lose existing tax credits due to COVID-19 delays.

“Taking these steps will protect thousands of American jobs and billions in economic investment, particularly in rural America, while preserving our country’s progress towards a strong economy and clean future. Without assistance, 35,000 American jobs, $43 billion of investment, and $8 billion in payments to local communities are at risk,” Kiernan stated.

Other climate change bills, such as HR 763, have also been eclipsed by COVID-19. A carbon pricing policy promoted by the Citizens Climate Lobby had been picking up speed in recent months.

The CCL is a grassroots worldwide advocacy on climate legislation and policy. At a time when clean energy concerns are taking a backseat to the pandemic, the CCL is still calling for members to contact their Congress members to let them know that HR 763 is an important bill.

The CCL’s 2020 International Conference and Lobby Day, scheduled for June 7-9, has been canceled, but the organization is calling for everyone to participate in their virtual conference to discuss, among other things, the longstanding ramifications of coronavirus on climate change action.

Under the theme of “Heal our democracy, solve climate change,” the organization is asking people to join, organize, train, and connect with 1,500 other members to learn how to engage their congressional members and community on climate change issues.

Texas State Coordinator Susan Adams leads the Third Coast Region, including Texas and Louisiana. Under the HR 763, she says, oil companies can plan their business around carbon pricing as a mechanism to address climate change. Businesses can also keep better track of how pricing is going up and plan accordingly.

Under the bill, the carbon fee for emitting greenhouse gasses starts at $15 per metric ton and increases $10 per year.

“The price is at the barrelhead, at the point of extraction, so it’s kind of low down at the chain. It’s making it easier for them to manage,” Adams said. “It’s not being tacked on later when manufactures are making their goods.”

Eventually, the idea is that polluters will turn more and more to alternative energy sources. The goal is to reduce the nation’s emissions by at least 40 percent in the first 12 years.

The CCL is also working on municipal and community endorsements for the bill in Texas. So far, the bill has received support from the cities of Dallas and Arlington as well as endorsements from major media outlets.

Locally, the organization continues to work on building momentum, now with over 35 active chapters and 9,000 volunteers in Texas alone.

If passed, Adams said the revenue generated goes directly back into the pockets of Americans.

“What’s unique about CCL’s bill is that it gives a dividend check instead of the money being kept by the government to do infrastructure projects or whatever else. It is returned in a dividend check,” she said.

Dianne Anderson covers education, health, and city government stories with an eye on legislative impacts to diverse communities. She has received awards from the American Cancer Society – Inland Empire, and the Southern Poverty Law Center.

Over the years, she has reported for the Long Beach Leader and the Inland Valley Daily Bulletin and been a contributor to the Pasadena Weekly.