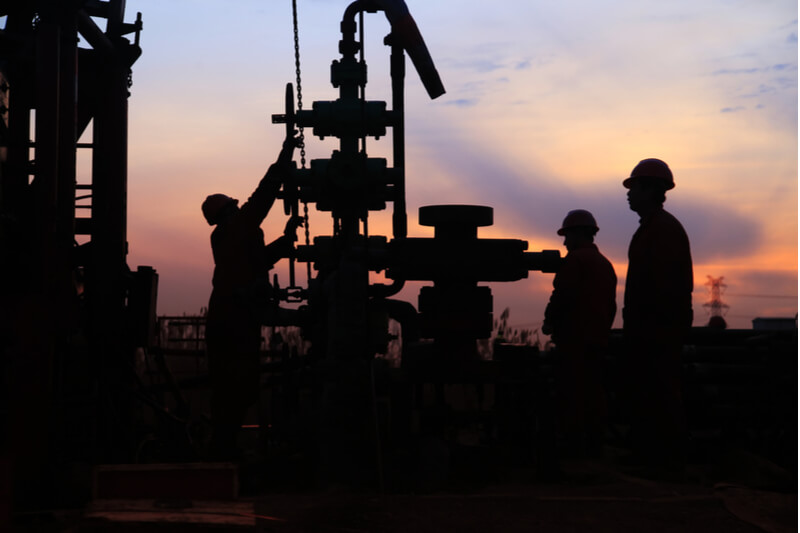 The rapid spread of the coronavirus around the world, which has infected hundreds of thousands of people and led to the deaths of more than 8,000, also is hammering energy companies. Crude oil prices have plunged over recent weeks, with one of the main reasons being the significant economic slowdown that will result from the global impact of the pandemic.

For oil producers in Texas, this is leading to substantial cutbacks in their operations and production. With oil prices around $30 per barrel, and the potential for them to drop even further, operations in the Permian Basin and southern Texas are becoming unprofitable. The New York Times reports that the most efficient wells in southern Texas can break even with an oil price of around $38 a barrel, while the Permian Basin oilfields can manage if the oil price drops a few dollars lower.

Oil prices are likely to remain at or below these levels for the foreseeable future. In addition to the economic impact of the coronavirus, the failure of oil producing nations, particularly Russia and Saudi Arabia, to reach an agreement to cut back production is also driving prices down.

According to Dallas-based Comerica Bank, reduced output in the oil sector will lead to a slowdown in economic growth across Texas. While the bank projected 3.1 percent growth rate for 2020 in February, which would already represent a slowdown from the 4.4 percent achieved in 2019, Bloomberg suggests that the onset of the Coronavirus crisis could see Comerica peg its projection down even further to just 2 percent.

Spending in Permian Basin could drop by 40 percent

Looking ahead over the coming two months, Corus Research estimates that producers in the Permian Basin will cut spending by 40 percent this year. Goldman Sachs and other financial analysts predict that oil demand could decline in 2020, only the fourth time this has happened since 1980.

Exxon Mobil, one of the largest producers in the Permian Basin, indicated in early march that it plans to cut output by 10 percent over the next two years. However, in a sign that producers believe the energy sector can soon bounce back, the company added that this will not change its long-term strategy of tripling Permian Basin output by 2024. “We’ve got a very challenging short-term margin environment which is now being compounded by the growing economic impact of the Coronavirus,” explains Exxon CEO Darren Woods. “Exxon will therefore adjust the place of development.”

Clarke Williams-Derry, an analyst at the Institute of Energy Economics and Financial Analysis, agrees with the bleak outlook for oil and gas firms. “It’s been a terrible month capped by a terrible few days,” comments Williams-Derry, who believes the industry could be headed for a “worst-case scenario.”

One of the biggest problems feared by observers is the amount of debt held by companies and banks in the oil and natural gas sector. While high levels of debt could be managed while production was increasing, the collapse on the stock market over recent weeks points to broader economic concerns that could cause investors to lose confidence in the ability of producers to service their debts. This, in turn, could lead to a growth in insolvencies among producers. “A lot of these companies are already on shaky financial footing, so what’s happened could push them over the edge,” adds Williams-Derry.

In spite of the grim projections for the coming months, communities reliant on the oil and gas sector are well used to the boom and bust nature of the industry. Even now, workers and residents are trying to remain positive in the face of adversity.

“Everybody knows oil is boom and bust, and everyone thinks it may not be today, tomorrow or next week, but eventually the price will go back up,” states Ken Roberts, city manager in Karnes City, a center of drilling operations in south Texas. “This isn’t their first rodeo.”

Positive hopes were strengthened when the Trump administration announced that the Department of Energy will buy up to 500,000 barrels of oil per day for the US Strategic Petroleum Reserve over the next few months.

Trip Ruckman, president of the Karnes County National Bank, explains that the full impact of the crisis remains to be seen. “Probably in a few weeks to a month or two, I think you’re going to see things slow down,” he says. “but we’ll still be here — we were here before the oil.”