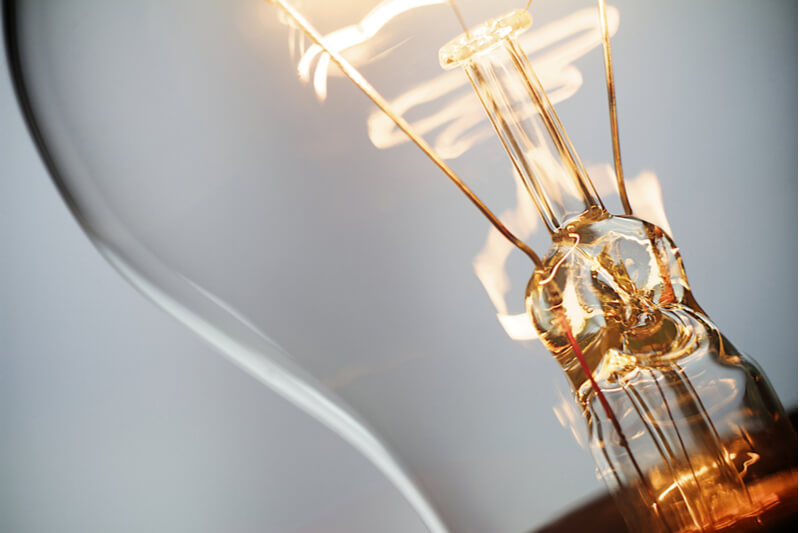 This data coincides with other studies that reached a similar conclusion. According to economic analyst John Howat, African American families experience more disconnections, disconnect notices, and energy insecurity than white families with the same income level. And for millions of Texans, this was especially clear during the rotating blackouts caused by February’s winter storms.

What does energy poverty mean?

Energy poverty is when a household is unable to pay its electricity bills. Financial and housing experts say that energy bills are “affordable” when they consume less than six percent of a household’s income.

DeAndrea Newman Salvador, economist and founder of The Renewable Energy Transition Initiative, explained, “Lower-income households fall into something we and others call ‘energy poverty,’ which is typically recognized as when someone spends just under about 10 percent of their income on energy-related expenses.”

Salvador continued, “Compared to a middle-to-upper-income household that may spend 5 percent or less, as low as 1 percent, what I found in North Carolina is that a lower-income family can spend greater than 20 percent.”

According to the EIA’s most recent Residential Energy Consumption Survey, about 31 percent of American households struggle to pay their energy bills. Of those households, approximately one-fifth reduces or skips buying food, medicine, or basic necessities to pay their electric bill.

“Of the 25 million households that reported forgoing food and medicine to pay energy bills, 7 million faced that decision nearly every month,” stated the EIA report.

And while this report revealed inequities in the energy industry impacted low-income families, it also shows that People of Color are more likely to feel the effects of energy poverty. Half of the participants who reported energy insecurity identified as Black, while more than 40 percent identified as Latino.

Energy Efficiency for All is an organization focused on making “multifamily affordable homes energy and water efficient.” According to the EEFA website, “Reducing energy and water use in affordable multifamily housing will improve the quality of life for millions, preserve affordable housing across the country, reduce the energy burden on those who feel it the hardest, and cut carbon pollution.”

In 2016, the EEFA and the American Council for an Energy-Efficient Economy (ACEEE) released a study revealing that low-income households paid more than twice as much for utilities than the median household and three times more than high-income households.

In addition, this study showed low-income and affordable housing communities tend to be less energy efficient, leading to higher consumption of electricity each month. And as energy consumption increases, so do electricity bills.

Improving the efficiency of homes could lessen this gap. “For African-American, Latino, and renting households, 42 percent, 68 percent, and 97 percent of their excess energy burdens, respectively, could be eliminated by raising household efficiency to the median,” the study concluded.

The EEFA and the ACEEE suggest the following four initiatives to improve the impact of energy poverty on low-income families:

The February 2021 winter storms and rotating power outages enforced by ERCOT impacted more than 4 million Texans and showcased how some communities experience energy insecurity at a higher rate than others. Recent reports show low-income and minority communities were four times more likely to lose power during the rotating outages compared to more affluent, predominantly white areas.

During the Texas power crisis, social media posts circulated showing Oncor’s outage map. On the map, it appeared that a Dallas neighborhood called Highland Park did not lose power despite the rolling blackouts. Highland Park households are 90 percent white and the average median household income is approximately $207,000 each year.

Following the aftermath of the storms, further research seemed to confirm that there was inequity in which communities were hit hardest by power outages. The Electricity Growth and Use in Developing Economies (e-GUIDE) Initiative used satellite images tracking light patterns during the power outages. The findings showed communities with a higher percentage of minority families were more likely to have experienced power outages.

According to the e-GUIDE Initiative, predominantly white neighborhoods had an 11 percent chance of power outages, while areas with a higher percentage of minority households had a 47 percent chance of losing power.

Initiative lead Jay Taneja explained, “Though the analysis does not tell us why differences in blackouts arise, the end result, that already-vulnerable populations endure more widespread blackouts, is tragic and unacceptable.”

Energy poverty and discrimination is not limited to the Lone Star State, although the rotating power outages in February certainly emphasized this issue. With 31 percent of American families struggling to pay their electric bills, experts say now more than ever there is a need for state and federal assistance programs, residential winterization efforts, and energy-efficiency initiatives to remedy this issue for the impacted communities.