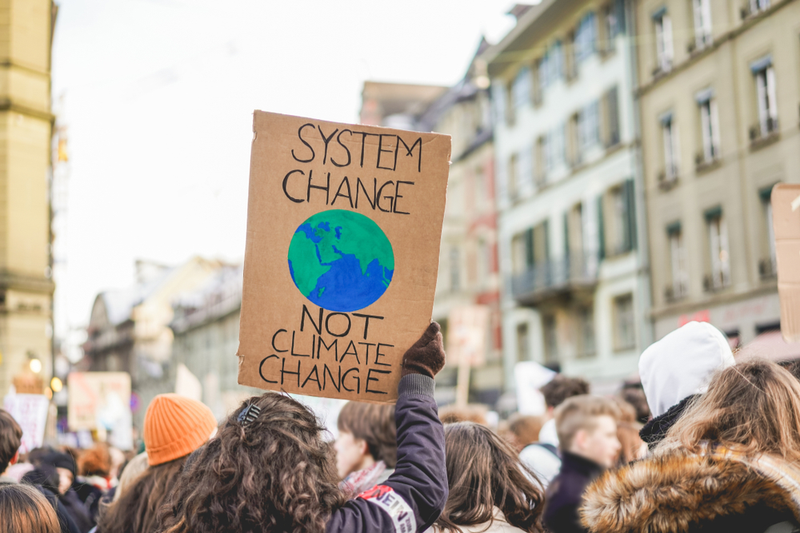 Discussions surrounding climate change are generating outrage and protests from experts and the general public alike. With bleak predictions from scientists and high-profile stories such as the Amazon wildfires, an increasing amount of the population are demanding immediate action from policymakers.

The climate is currently warming at a faster rate than has been recorded in the last 2,000 years, and experts predict that record-breaking fatal heat will continue to worsen in the near future.

The Union of Concerned Scientists recently released a grave forecast reporting the average number of days with a heat index above 100°F will more than double, while the number of days per year above 105°F is set to quadruple between 2036–2065 unless significant changes take place.

Severe warnings regarding climate change are becoming more common, but have not been enough to significantly impact clean energy policy or legislation. For that, climate activists plan to take their message to the streets, organizing public protests and demonstrations to call attention to the dangers of rising temperatures.

Nearly 90 percent of scientists agree that climate change is a current and dangerous issue, and this belief is growing more popular with the general public, as well. Studies claim the world is in a state of transition, and strange weather in recent decades is directly connected to a global warming crisis caused by humans.

In 2017, the EPA reported transportation was the largest contributor of greenhouse gases at 28.9 percent. Electricity accounted for 27.5 percent, while industry came in at 22.2 percent. Most of these emissions were produced from burning fossil fuels.

11.6 percent of emissions were produced from businesses and residential homes. Agriculture contributed 9 percent from methane emitted by livestock. Land use and forestry acted as carbon sinks and offset greenhouse gas emissions by absorbing more CO2 than they produce.

Organizations and nonprofits push for a common goal

Erin Fitzgerald, press secretary of Earth Justice, explains the national and international movements center around a need for clean and renewable energy policy. Many groups are bringing unique skills to the front line of the climate fight.

Earth Justice is a nonprofit environmental law organization aimed at protecting the planet. Similar organizations have emerged with the goal of policy change and public education. Extinction Rebellion is an international group that is galvanizing young adults with sit-ins to raise awareness. Similarly, the Sunrise Movement is pushing for the Green New Deal.

“I think what we’re seeing is that each group pops up for a specific purpose. The real synergy that comes from that [arising] is that we can all work together to achieve a common goal,” Fitzgerald says.

Fitzgerald is also encouraged to see younger leaders, as well as many scientists, that are stepping forward in support of policy change. “There’s a common thread. We have to change our behavior right now,” she adds.

The Global Climate Strike and week of action from September 20-27 will unite activists across all demographics for protests and rallies in cities around the world. This strike aims to draw the attention of policy-makers and apply pressure for responsible climate legislation. The strike also plans to shut down Washington, DC with a call to end the dependence on fossil fuels.

Participants of the Global Climate Strike emphasize the studies produced by the UN Sustainable Development Goals and several Intergovernmental Panel on Climate Change reports on the impact of global warming by 1.5°C.

Recently, scientists and climate experts have pointed to the year 2050 as a pivotal point in time. Reports show that renewable solutions are crucial before 2050 in order to slow climate change and global warming.

The UCSUSA killer heat map shows many locations in the United States that experience one to two days of extreme heat annually will face a month or more of scorching days in the coming decades. For instance, Raleigh, NC experienced approximately one day a year of temperatures over 100 degrees from 1970 to 2000. At the current rate of climate change, the city will average 81 days of over 100-degree temperatures between 2070-2099.

Thanu Yakupitiyage, a spokesperson for 350 Action, explains the Global Climate Strike and other protests worldwide are magnifying the urgency of the global warming deadline.

According to Yakupitiyage, applying global public pressure on all elected officials across the globe is critical to show the demand for climate action cannot be ignored. “The September 20th climate strikes will bring millions of people to the streets in a movement led by young people who are fighting for their right to a sustainable future. Collectively, they are asking governments to do more than pay lip service to climate action,” she emphasizes.

These strikes call for steps to phase out fossil fuels and transform our energy economy to 100 percent renewable energy, which could slow climate change and create millions of jobs in the renewable industry.

There is no time to waste.

“We’ve already seen the power of our movement to influence policy – from the Green New Deal being proposed to candidates racing to create the boldest climate action plans,” Yakupitiyage explains. “We have ten years to make significant changes to preserve our future, and protest is magnifying this urgency.”