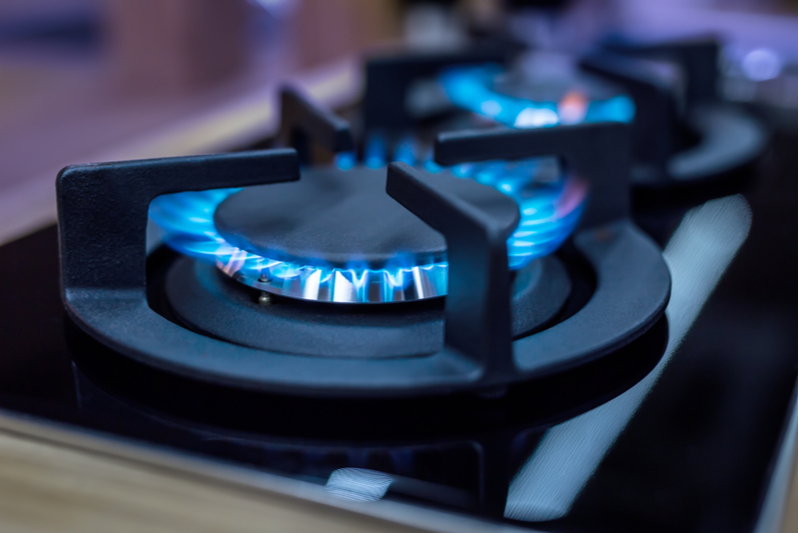 If you own a home or have shopped for an energy plan, odds are you’ve heard the term “natural gas” plenty of times. But what exactly is natural gas? Why is it natural? How does it impact the environment?

Andy Dwyer from Parks and Recreation once said, “I don’t know [what natural gas is] and at this point I’m too afraid to ask.” Or something along those lines. But fear not, Andy Dwyers of the world! We’re here to help. Check out our guide to natural gas – and don’t worry, we’ve simplified it down for you.

And for those of you who are short on time, skip to the bottom for a list of the major takeaways. We won’t judge you.

What is natural gas?

Let’s begin at the beginning. The very beginning. Millions and millions of years ago, plants and animals absorbed a bunch of energy (in the form of carbon molecules) from the sun. Because all good things must come to an end, these plants and animals eventually died and sunk to the bottom of the ocean.

The dead and sunken plants and animals were buried under sand, silt and rock, eventually building up thick layers underwater. These layers were exposed to intense heat and pressure for millions of years – much like the pressure we experience during a holiday season with extended family. Eventually, the pressure turns that pressure into gas. Fun fact: This is why we call it “natural” gas –natural elements created it.

Where is natural gas and how do we get it?

Remember that stuff under the ocean? Fast forward a few million years. Today, we find natural gas in underground rocks called reservoirs, which have small holes that trap and hold water, natural gas and oil. When natural gas is trapped under a reservoir, it will stay there until it’s extracted (which is a fancy word for “taken out,” for those of you who aren’t sure and are too lazy to look it up).

Once extracted, natural gas is sent through pipelines to processing plants, where hydrocarbons and fluids are separated from the natural gas. After this, it’s pumped back through those pipelines to distribution centers or stored.

Is natural gas a renewable resource?

The simplest answer is no, it’s not. Natural gas is an example of a natural resource that is non-renewable. As a reminder, renewable resources can be replenished quickly and, for the most part, they replenish on their own.

However, (and here’s where things get a little complicated,) there is a type of natural gas that doesn’t come from fossil fuels. This gas is called biomethane and is made from organic matter such as livestock, wastewater and waste from landfills. It doesn’t take nearly as long to make biomethane and it comes from natural resources. So, while traditional natural gas is non-renewable, biomethane is considered a renewable resource. Confused yet?

How do we use natural gas?

The real question is how don’t we use natural gas? For the most part, natural gas is used for residential and industrial heating or to generate electricity. It can also fuel vehicles and serve as a feedstock for fertilizers and other chemical processes.

According to the Energy Information Administration, the U.S. has five main sectors that consumed natural gas in 2018:

How does natural gas impact the environment?

Natural gas has become a hot – you see what we did there – topic now that we’re dealing with a little issue called the climate crisis/impending doom. On the one hand, natural gas is a relatively clean-burning source of energy that is fairly inexpensive. However, there are alternatives to consider, too.

Burning natural gas releases fewer carbon dioxide emissions than coal or petroleum products, which is a big plus. According to the EIA, “The clean burning properties of natural gas have contributed to increased natural gas use for electricity generation and as a transportation fuel for fleet vehicles in the United States.”

That being said, when we drill and process natural gas, sometimes that gas leaks into the atmosphere from wells, tanks, pipelines and processing plants. Not great. Natural gas is made up primarily of methane, which is a strong greenhouse gas. Greenhouse gas emissions directly contribute to global warming and the breakdown of the environment. The most well-known bad boy of greenhouse gases is carbon dioxide. However, methane is nearly 34 times more potent than carbon dioxide.

While methane emissions do contribute to the climate crisis, the most immediate environmental concern with natural gas is the result of drilling. Drilling a natural gas well can disturb fragile ecosystems, produce air pollution and demolish large areas of land. Drilling and processing natural gas can also lead to a lot of contaminated water. Even your new Brita won’t be able to handle this level of contamination, friends.

Another issue is the environmental impact of natural gas flaring. Sometimes, we mine natural gas, but it doesn’t make sense to pay to transport it to sell because we won’t get enough money for it. So instead, it is burned, or flared, at the well site. Flaring produces carbon dioxide, carbon monoxide, sulfur dioxide and many other chemical compounds that are released into the atmosphere. And flaring has been on the increase.

To sum it up, natural gas can hurt the environment, but it isn’t as bad as coal or gasoline. There’s some disagreement over whether we should rely on natural gas as we transition away from coal. Many believe natural gas won’t solve the climate crisis at all – and that we need to switch to purely renewable sources of energy such as solar and wind energy.

Natural gas can be confusing. We get that! Here are a few takeaways that you should remember when thinking about natural gas.

Natural gas isn’t as bad for the environment as coal, but it isn’t nearly as clean as solar or wind. If you’re thinking about switching to a green energy plan, you should know that natural gas doesn’t exactly fall into that category.