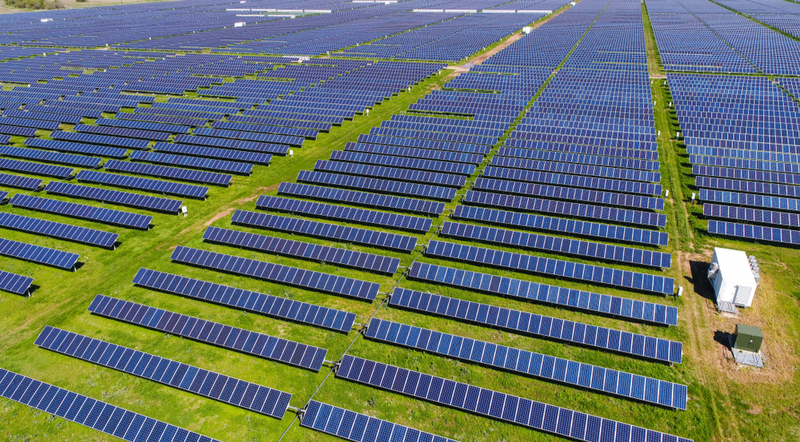 The city of Houston recently announced a proposal to develop a 70-megawatt solar farm, which will initiate substantial growth in its overall solar capacity. Sunnyside Energy will oversee the project, which is expected to come online within the next two years. The solar farm will be located on a former landfill and could generate enough power for 12,000 homes.

The project will be one of Texas’ largest urban solar farms. Development will be led by Wolfe Energy, which is supported in the Sunnyside Energy group by EDF Renewables and MP-2 Shell. The Sunnyside community is home to many low-income residents who will hopefully benefit from the new project. “It is fitting that Sunnyside would be home to one of the largest urban solar farms in Texas,” Houston Mayor Sylvester Turner states. “The project proposes to not only revitalize an underutilized piece of property that has been an eyesore to the community for years, but could also make Sunnyside a more complete, sustainable and resilient community.”

In 2018, Houston more than doubled its overall solar capacity to a modest 20 megawatts. The Sunnyside project would more than quadruple that figure.

The project is a critical part of Houston’s involvement in the C40 Innovative Cities competition, a global initiative that rewards carbon free urban projects. The solar farm is projected to be carbon neutral by its fifth year, meaning that the carbon needed to construct the facility will be offset by the energy it produces by that time. Thereafter, the carbon free energy produced by Sunnyside will offset emissions from fossil fuel power plants.

Houston is one of several U.S. cities generating solar power in urban spaces. According the Environment America Research & Policy Center and the Frontier Group, 23 cities had more than 50 megawatts of installed solar capacity in 2018.

Los Angeles leads the way, with over 400 megawatts of installed solar capacity. However, Honolulu maintains the most solar power installed per head of population. Both cities have benefited from strong state policies designed to assist the growth of renewables.

San Antonio is the leading city in Texas for solar capacity, coming in seventh in the rankings. A total of 186 megawatts of power generation were installed in San Antonio by 2018.

“America’s major cities have played a key role in the clean energy revolution and stand to reap tremendous benefits from solar energy,” explain researchers from the Environment America Research & Policy Center and the Frontier Group. “As population centers, they are major sources of electricity demand and, with millions of rooftops suitable for solar panels, they have the potential to be major sources of clean energy production as well.”

The growth of solar power in Texas

Despite significant growth in recent years, solar remains a small percentage of Texas’ energy landscape, accounting for around 1 percent of total energy generation. But the prospects for growth suggest that this will soon change, and this growth is not limited to the state’s urban cities. One of the key factors driving this growth is the declining cost of solar, making it increasingly competitive with coal and gas plants.

Another strong resource in Texas is wind energy, which recently overtook coal as the second most important energy source for the Lone Star State. Nearby solar sites use the extensive network of transmission lines already in place to carry wind energy from the rural western parts of Texas to heavily-populated areas.

Moreover, constructing solar and wind generation facilities helps offset the unpredictability of renewables because wind and solar tend to vary in complimentary ways.

Following the construction of new solar facilities, Texas rose from seventh to sixth in the  national ranking of solar producing states last year. The Solar Energy Industries Association expects that by 2021 Texas will be outpaced only by California in terms of the solar energy it produces. One of these major projects is an 1,800-acre solar farm in Fort Bend, a city near Houston, which is expected to be able to power around 40,000 homes.