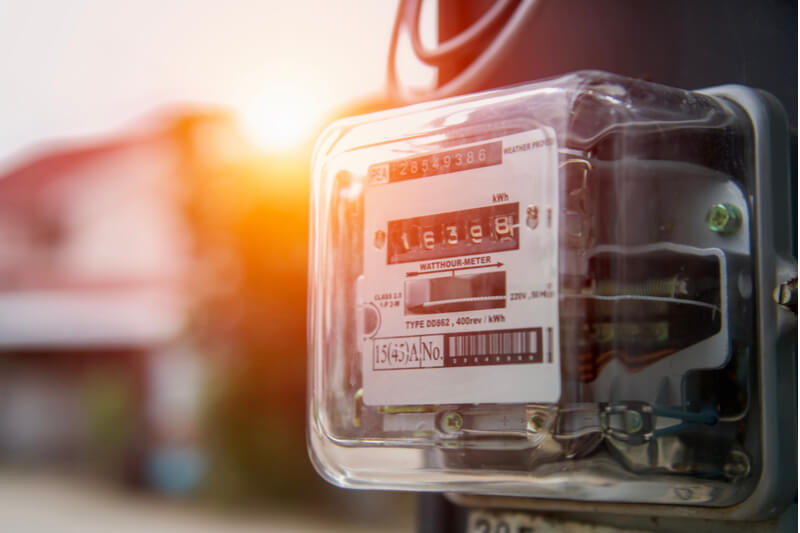 With the entire state of Texas under a stay-at-home order from April 2-30, it’s no surprise that energy use has changed. How has COVID-19 affected Texas electricity? Businesses and schools are closed, and living rooms are now the center of everyone’s daily lives.

Commercial electricity use is down, but residential usage is up. People are homeschooling, working from home, and otherwise using a lot more electricity at home than they normally would. What does that mean for the state’s energy market?

The Electric Reliability Council of Texas (ERCOT) has been keeping a close eye on Lone Star State energy use as it tries to predict what’s to come this summer. So far, COVID-19 has not caused much of an impact at all, ERCOT says, other than a slight drop in overall usage. 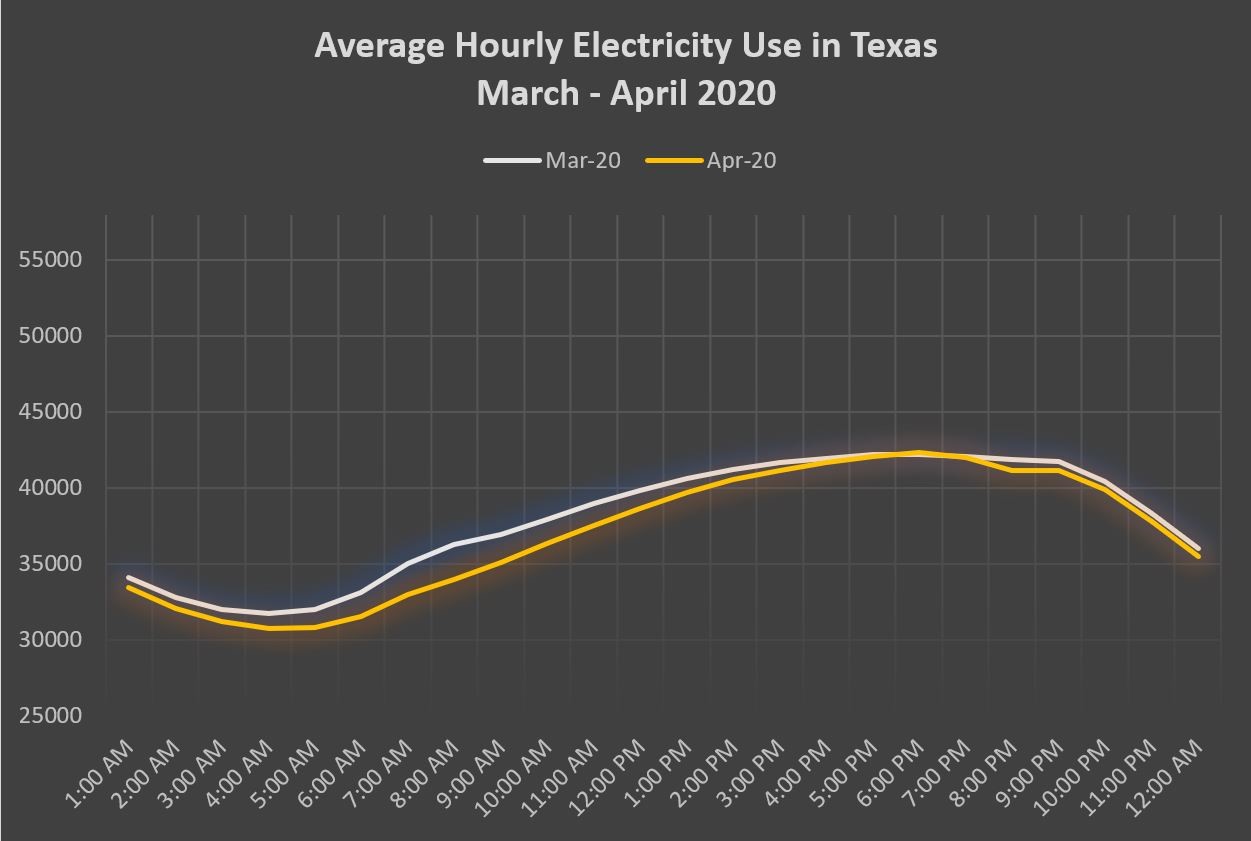 In March, the Council recorded a two percent drop in overall weekly energy usage (all charts are in megawatts). As the stay-at-home order took effect in April, that dropped further – down 4-5 percent. The one large difference ERCOT did note was a dip of 6-10 percent in morning usage between 6 to 10 a.m., presumably as residents skipped their usual wake-up times and businesses didn’t fire up their lights for the day.

Considering that energy use rises every year, the pandemic primarily appears to have knocked 2020 usage down to 2019 levels, when “coronavirus” was simply a scientific name for the virus family of the common cold. 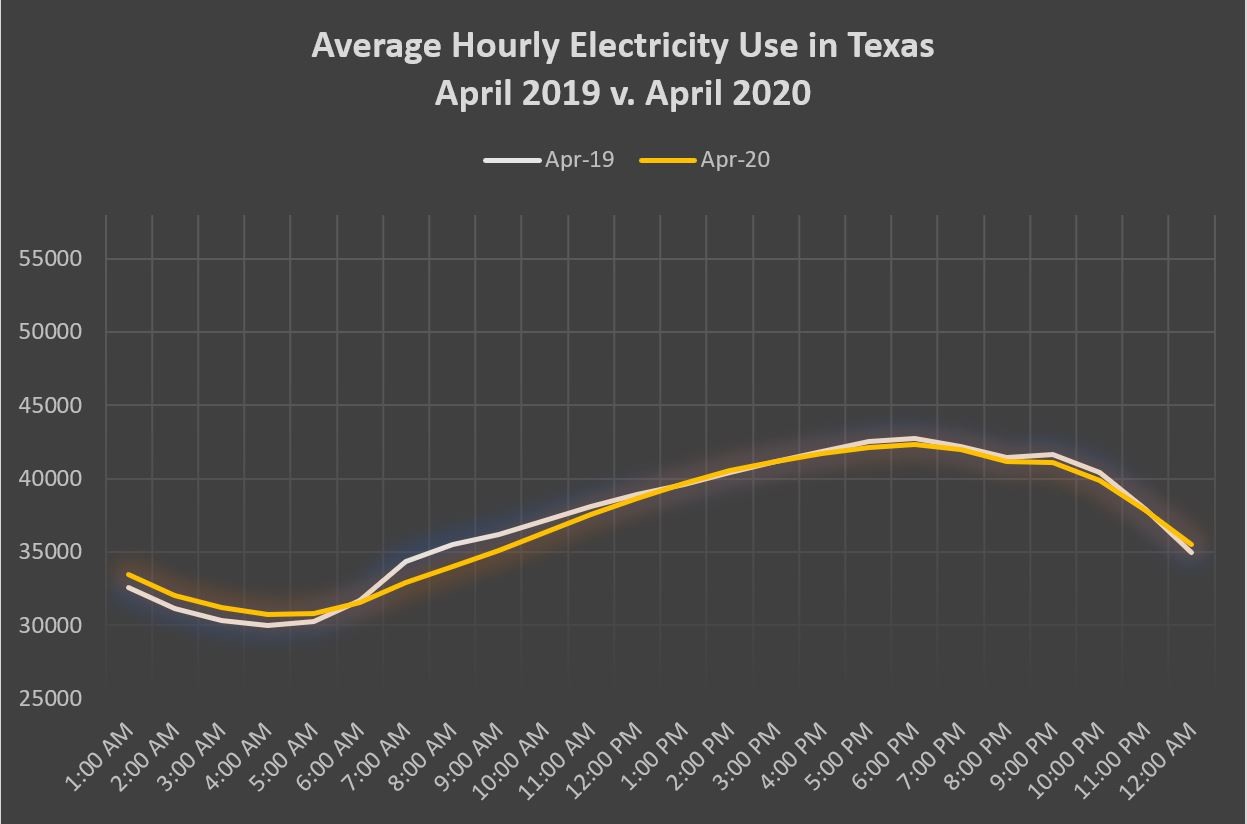 Overall, COVID-19 has changed how Texans consume energy, but not how much they consume. The electricity supply is holding steady, and there’s no reason to believe that will change.

Electricity use in Texas changes with the seasons, as consumers use less energy cooling or heating their homes and businesses in the spring and fall than in the winter and summer.

Last year, the seasonality curve followed a distinct pattern from January through March, as residents heated and lit their homes while getting ready for work, used less energy while at work, and bumped up the lights and the heat again upon returning home. 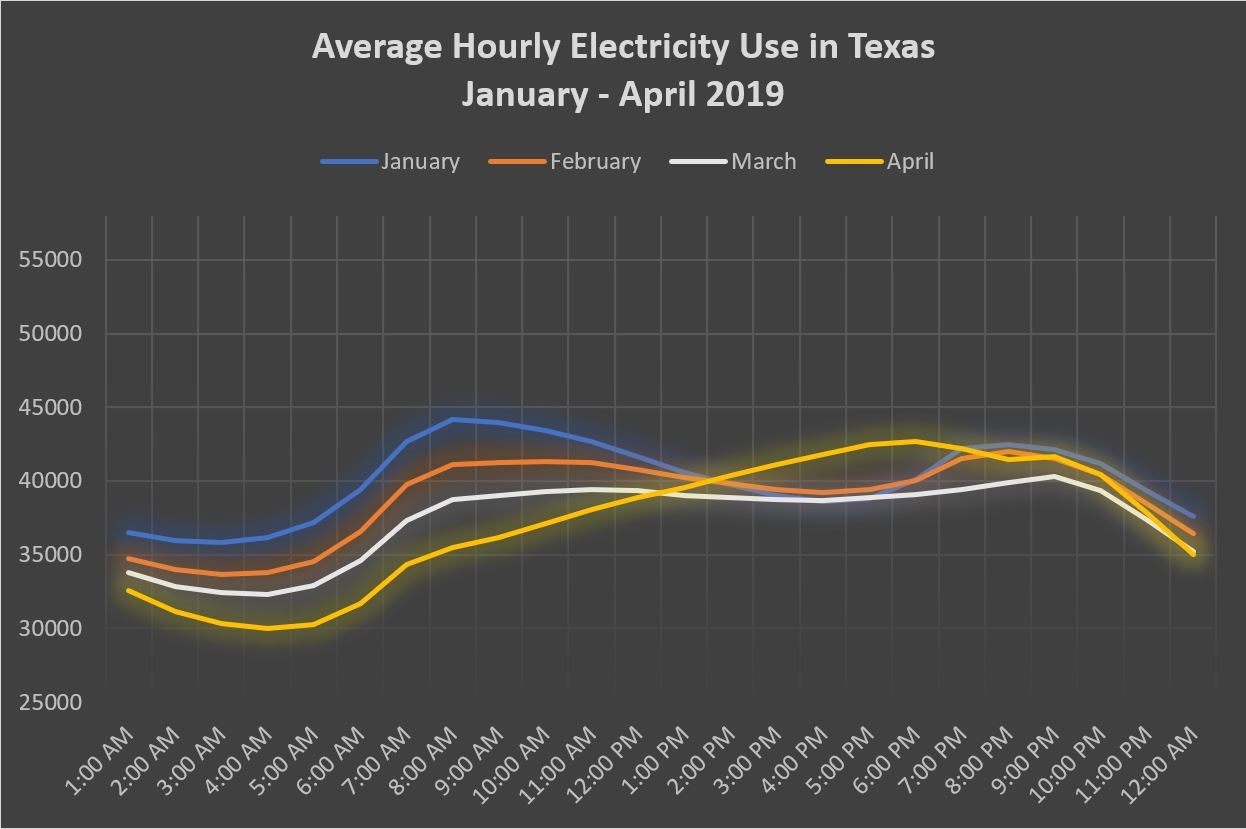 In April, as temperatures eased and days lengthened, the curve lessened. But this year, something different happened. In March 2020, the seasonality curve abruptly changed, quickly turning into a mirror of April’s mildness. 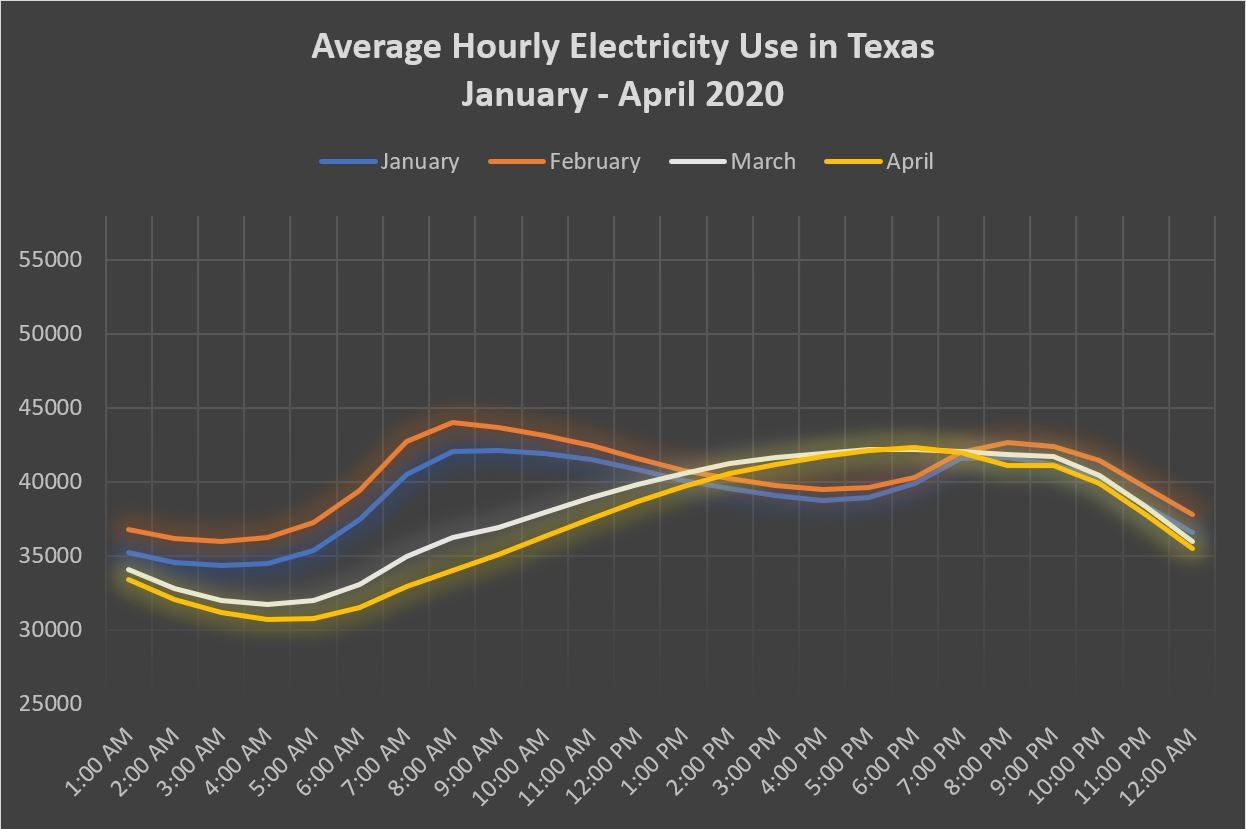 In March, though, many states were just deciding how to react to COVID-19. Texas was not yet under a stay-at-home order and businesses were operating as usual. Something was happening in Texas, but it had very little to do with coronavirus.

When the National Oceanic and Atmospheric Administration released its report on the state of the climate for March 2020, it had this to say:

“The globally averaged temperature departure from average over land and ocean surfaces for March 2020 was the second highest for the month in the 141-year NOAA global temperature dataset record, which dates back to 1880.” 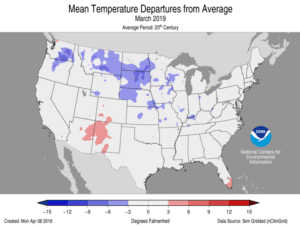 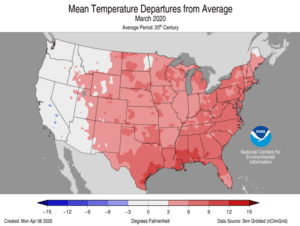 For the record, the record for the warmest global March came in 2016, in the midst of an El Niño event.  Years with El Niño events are much more likely to set record temperatures than average years. This year, there has been no El Niño event.

The coronavirus pandemic has certainly had an effect on pollution, and may cause this year to log fewer emissions, but it is not the reason electricity usage in Texas is changing. Instead, it is a problem society has known about for much longer.

“The fact that both February and March 2020 were tied for being the third warmest months on record–without the boost of an El Niño event and during the minimum of one of the weakest 11-year solar cycles in the past century–speaks to the dominant role human-caused global warming has in heating our planet,” reported Jeff Masters in Scientific American.