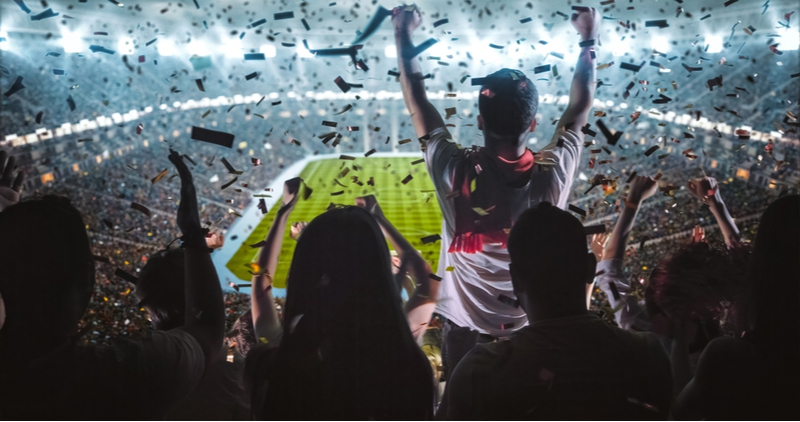 This weekend has been on every football fan’s calendar for months. Super Bowl LV is taking place on February 7, 2021, and the big game’s 55th occurrence is one of the most anticipated Super Bowls in recent history. In addition to highly anticipated TV ratings, the Super Bowl will take place in Tampa, FL. Despite the city’s beautiful, warm weather, and an excellent matchup featuring the hometown Buccaneers, Tampa is expected to draw only 22,000 spectators in Raymond James Stadium.

The reason, of course, is COVID-19 and the fears around travel and massive gatherings. The audience will include vaccinated health-care workers for the most part.

That’s a far cry from last year, when more than 65,000 fans fit into Miami’s Hard Rock Stadium for the big game. More than 100 million watched on television.

This year’s game is on CBS, and ratings have been up for the playoffs. So it’s not unreasonable to expect that at least as many people will be gathered around televisions to watch this year.

The physical energy footprint in Tampa:

When thinking about the energy it takes to power the super bowl festivities, there are several factors that are often forgotten, though they might not line up this year with typical events. Some of the factors that normally influence the energy footprint include:

Last year, about 150,000 visitors flocked to the Miami area for Super Bowl week. This enormous influx of visitors to the already densely populated Miami area automatically increased the energy footprint. From highways to hotels, the sharp increase in the population demanded more energy resources to meet the needs of all the Miami inhabitants and the visitors. That won’t be the case this year, of course, with limited audience members and practically no travel.

TV sets around the nation will be turned on for the nearly 4 hours it takes for the entirety of the Super Bowl. This time includes the actual game being played, the halftime show, and all the advertisements that will be televised. Generally, when a regular season game is on, viewers might tune in to watch the last quarter or most of the game if it’s a highly anticipated match-up.

The Super Bowl is unique because it’s one of the only few entertainment events where the audience is excited to watch the advertisements. Super Bowl advertisements are renowned for being some of the most creative and entertaining ads that viewers see all year. While some major advertisers are opting out this year, that has opened the field for new ones, creating excitement for what will come.With this increased watch time from advertisements, the energy consumption for TVs will likely be at an all-time high during 2021.

Normal TV sets consume about 100 watt-hours, but during the Super Bowl the average TV will consume well over 125 watt-hours. This is additionally compounded by all the TVs that are concurrently streaming the Super Bowl, totaling more than 30 million TVs nationwide. The cumulative energy consumption for the Super Bowl just from TVs alone will be more than 40 million gigawatt hours. For context, this is equal to more than 500 million LED light bulbs.

With the popularity of football at an all-time high, there are several ways future Super Bowls can improve energy efficiency. To optimize efficiency, the NFL could consider the following sustainability initiatives for ongoing efforts:

Stadium consumption is one of the most obvious aspects of energy consumption that the NFL can tackle. Switching to energy-efficient LED lights can save millions of gigawatt hours of energy. Optimizing the efficiency of additional aspects, such as heating and AC, the scoreboard and the sound systems, can also reduce the energy footprint.

Lowering the amount of energy each fan uses is one of the most impactful avenues the NFL can take to further sustainability. Assuming restrictions are loosened or removed by the 2022 event, simply traveling to the stadium can have a significant impact on the total energy consumption. If the NFL provided buses from parking locations near the stadium, they could reduce the energy footprint while potentially adding an additional stream of revenue.

With many fans switching over to electric vehicles for transport, the NFL could facilitate charging stations for fans. Stadiums nationwide already have made strides to include solar panels to power their energy use, but this extra step can help the NFL go green and be a leader in sustainability in American sports.