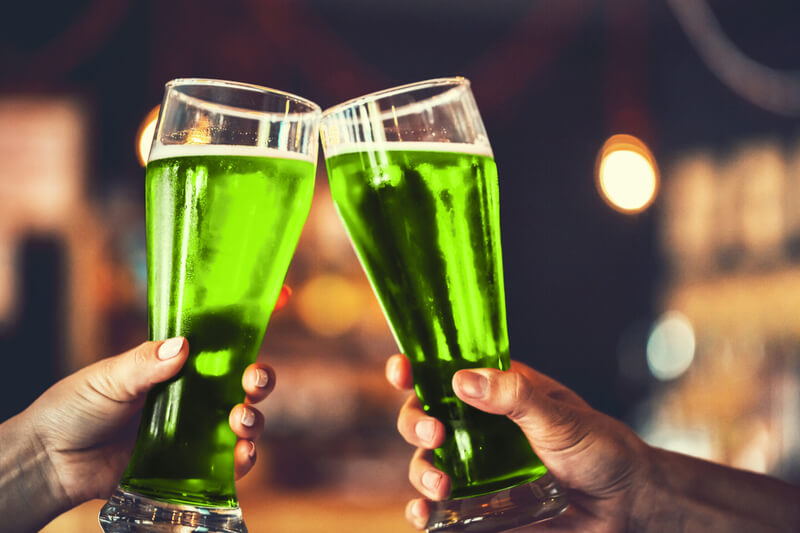 St. Patrick’s Day is known for shamrocks, leprechauns, and all things green. And, of course, many also think about the famous green beer that normally is consumed in excess. From brewing giants such as Guinness to local microbreweries, St. Patrick’s Day will likely always be a favorite holiday among beer drinkers.

It comes as no surprise that Texas is a leader in the brewing industry. With 283 craft breweries, the Lone Star State ranks eleventh in the nation, producing well over a million barrels of craft beer annually. The craft beer industry earned $5.1 Texas billion in 2018 and supplied more than 550,000 total jobs nationwide.

But how much energy does it take to make a bottle of beer? And what about the energy required to power a brewery? This St. Patrick’s Day, learn more about the energy it took to put that beer in your hand.

What it takes to brew beer

For example, the water used to brew beer must go through a strict purification process to make sure it has the right levels of calcium and acidic content. And before adding the malt, it needs time to germinate, dry in a kiln, or go through a roasting process.

The brewing process is made up of three distinct stages: brewing, storage and fermentation, and bottling. The brewing phase includes steps such as crushing, mashing and lautering, all which prepare the beer to ferment.

The amount of energy a brewery consumes depends heavily on the brewery’s size, location and product. Breweries typically use two types of energy – electrical energy and thermal energy (or natural gas). Typically, natural gas makes up about 70 percent of the energy used in breweries, although it only accounts for 30 percent of energy costs. The rest of the cost comes from electricity usage. Craft Brewing Business estimates breweries in the U.S. spend more than $200 million in energy expenses annually.

So, how much energy to breweries actually consume? According to Ember Strategies, a 2012 worldwide survey estimated every hundred liters of beer consumes about 207 mega-Joules. This equals approximately 0.2 kilowatt-hours per bottle!

To break it down further, refrigeration makes up approximately 35 percent of electricity consumed in full-size breweries. The bottling process uses 25 percent of the total energy and brewing requires 7 percent. And in terms of natural gas consumption, brewing uses a whopping 45 percent, while packaging consumes 25 percent, according to the EPA.

The Brewers Association calculated the average energy use in breweries, determining the average electrical usage ranges between 12 to 22 kWh/bbl and the average natural gas usage to range between 1.3 to 1.5 Therms/bbl. All told, this equates to approximately 50 to 66 kWh/bbl or – at the cost of 6 cents per kWh – between $3.30 to $4.26 per barrel of beer produced.

Green energy in the brewing industry

Breweries across the world have adopted energy efficient initiatives to become more sustainable. Worldwide surveys conducted every four years note the average amount of energy consumed per beer has decreased with each survey – and has dropped by about 30 percent since the first survey in 2000.

Brewers of all sizes are making strides in sustainability. Anheuser-Busch, one of the country’s largest brewers, cut its water usage by 37 percent in an effort to achieve a more sustainable supply chain. What’s more, the Alaskan Brewing Company features the “Beer Powered Beer” process, which reuses byproducts from brewed beer as fuel for more production.

Caitlin Cosper is a writer within the energy and power industry. Born in Georgia, she attended the University of Georgia before earning her master’s in English at the University of North Carolina at Charlotte.