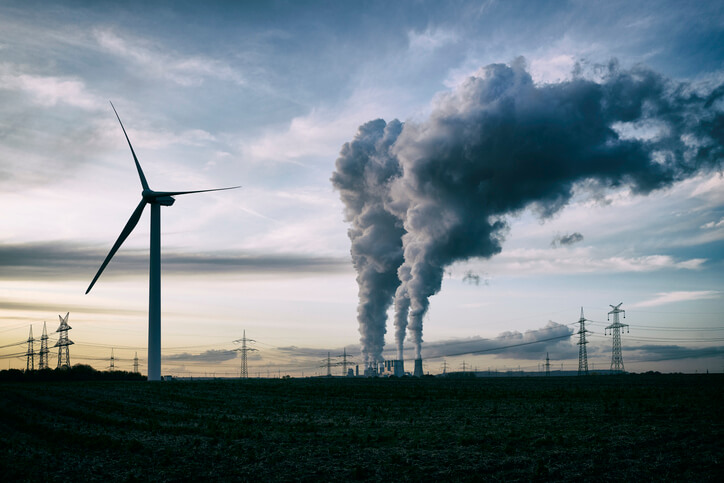 Minnesota Gov. Tim Walz wants the state’s electricity utilities to achieve carbon-free power by 2040, a decade earlier than previously agreed. The new target was presented in a package of measures in January. It follows a report warning that the state is not doing enough to meet the goal of reducing economy-wide greenhouse gas emissions by 80 percent by 2050.

Walz’s proposal would require utilities to prioritize carbon-free energy sources whenever they replace a power plant or expand their generation capacity. A separate measure calls for reducing greenhouse gas emissions from residential, commercial, and industrial buildings across the state by 50 percent by 2035.“The time to fight climate change is now,” Walz argues.

“Not only is clean energy the right and responsible choice for future generations, clean energy maximizes job creation and grows our economy, which is especially important as we work to recover from the COVID-19 pandemic.”

Walz stated in 2019 that Minnesota’s goal was to eliminate carbon emissions in electricity generation by 2050.

But the Pollution Control Agency (PCA) warned in a report released in early January that Minnesota’s progress towards cutting greenhouse gas emissions has slowed dramatically over recent years. In response, Gov. Walz decided a more ambitious goal of carbon-free electricity by 2040 was necessary.

Minnesota aims to cut greenhouse gas emissions by 30 percent from 2005 levels by 2025. However, the state has currently managed to reduce them by just eight percent. Since the PCA’s previous report was tabled two years ago, emissions have actually gone up.

The report noted that emissions from transportation and agriculture were the main causes of the increase. It proposed adopting a zero-emissions vehicle mandate. This mandate is similar to a policy in California to encourage more purchases of electric vehicles (EVs).

In contrast to the transportation sector, electric utilities point out that they are already managing to reduce their carbon emissions in line with the greenhouse gas reduction plan. Much of the decline has been achieved by taking coal power plants offline, replacing some of them with natural gas, and investing in solar and wind power. Minnesota Power, one of the state’s two main utilities, announced last fall that it has reduced carbon emissions by 50 percent from 2005 levels.

Both Minnesota Power and Xcel, the state’s other major utility, have targets to achieve 100 percent carbon-free electricity by 2050. Xcel is on course to generate 85 percent of its electricity from carbon-free sources by 2030.

Minnesota Power aims to reach a 70 percent target for carbon-free generation by 2030 and will be coal-free by 2035. The utility intends to add a further 400 megawatts of solar and wind power over the next 15 years. It has pledged to invest in a “modern, flexible transmission and distribution grid” to support the transition to renewables. This plan was presented before Walz moved the state’s carbon-free target up to 2040. It remains unclear whether it will be revised.

Julie Pierce, vice president of strategy and planning at Minnesota Power, stresses that technological developments will be decisive if utilities are to meet the 2040 goal. “We need more energy sources that are dispatchable, carbon-free, and can operate for long durations of time and operate round the clock,” she comments. “That is that last increment.”

Smaller utilities serving customers in rural parts of the state could face bigger challenges in their efforts to achieve the 2040 goal. The endeavor will require substantial investments in new power generation assets.

Another potential hurdle in achieving Walz’s target is the disagreements between Democrats and Republicans on Minnesota’s energy policy. Democratic lawmakers have begun drafting new rules to ensure the 2040 target is achieved. A proposal currently being discussed in the state legislature would require utilities to generate 40 percent of their sales revenue from renewable sources by 2025 and 55 percent by 2035.

Republican members of the Minnesota Senate, where the Republicans have a majority, are concerned that the earlier carbon-free target will push up energy prices. Senator Dave Senjem supports the idea of prioritizing carbon-free energy sources when replacing aging power plants but says percentage targets for utilities won’t work. “I don’t think we’ll be taking up a percentage goal,” he says. “We’re focused on affordability and reliability.”

Democratic lawmakers would prefer to see clear targets in the legislation. However, Rep. Jamie Long, who chairs the House’s energy committee, believes a compromise can be found. He says, “I think the end product, the place that we’re all pointing towards, is the same, which is that we want to help strengthen the ability for replacing retiring assets with clean energy.”