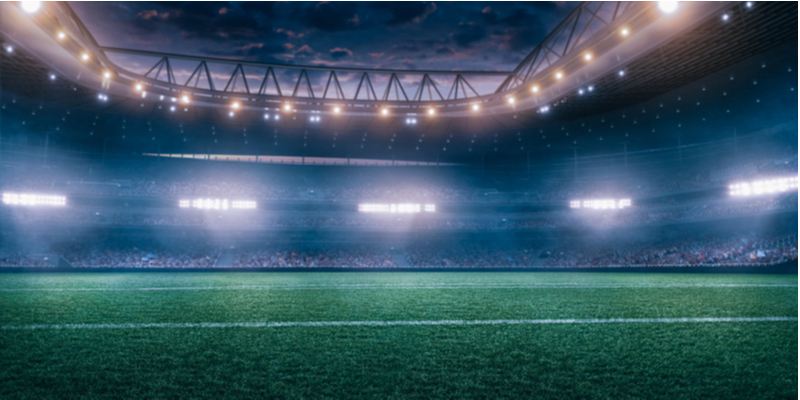 Save for towering skyscrapers, it’s difficult to think of a public building with more potential to impact the environment than a sports stadium. These venues are massive, regularly invite heavy traffic flow, generate a great deal of waste and consume a ton of energy.

However, as the world slowly but surely moves toward broader knowledge of the challenges it faces in these areas, ownership groups and design teams appear to be taking note. It’s hard to point to an entirely green stadium (the way some airports, skyscrapers and the like are being planned). But some new stadiums on the sports scene are making strides in the right direction, incorporating solar and wind energy and other creative approaches.

Johan Cruyff ArenA (once known as Amsterdam ArenA) is actually not a new stadium at all. It was built in the mid-90s and opened to the public in 1996. However, the arena – now home to the Ajax soccer club and, sometimes, the Dutch national team – experienced a major sustainability overhaul in 2018.

Specifically, a wind turbine and over 4,000 solar panels were installed, along with an escalator that harnesses energy through use and a grid of used batteries from electric cars. The result is not just that it’s an especially efficient stadium, but it has in fact become Europe’s biggest commercial energy storage site. With these systems and tools in place, the Johan Cruyff ArenA is capable of powering 7,000 households in the surrounding neighborhoods for up to an hour.

Emirates Stadium isn’t brand new, either. But having been opened in 2006, it’s still relatively fresh for a major sports venue. This London arena is home to Arsenal FC, which is one of the most popular soccer clubs in the world, typically competing at the highest levels in England and Europe (even if recently the club has become known for frustrating its extensive fan base). This means it’s a very busy stadium, both in terms of match-to-match crowds and general attention.

From a sustainability standpoint, this stadium couldn’t get much better. Emirates Stadium is fitted with 154 solar panels, which may be a drop in the bucket next to Johan Cruyff Arena, but which still allows the stadium itself to operate entirely on renewable energy. The stadium also uses recycled water and has a system in place by which food waste (which is significant at any major sports arena) is converted into energy.

This is a new stadium built for the NBA powerhouse Golden State Warriors. Online sportsbooks newly active in the U.S. are predicting something of a down year for the Warriors in their first season in the Chase Center. However, these predictions don’t mean the venue generates any less publicity. The Warriors have been the class of the NBA for several years now, which means, regardless of their odds to win a title this season, there have already been a lot of eyes on their new arena. It’s a gorgeous stadium and one poised to emphasize profit above all else.

But sustainability was also a major point of emphasis as the privately funded arena was being constructed. This is largely advertised through various waste management systems, as well as the use of recycled building materials. The Chase Center is also equipped to reflect sunlight and harness its surrounding environment to reduce energy directed toward cooling. Additionally, most of its energy is being supplied, indirectly, by wind power.

Estadio Mineiro was built back in the 1950s in the Brazilian city of Belo Horizonte. In 2013, however, with Brazil preparing to host the 2014 World Cup, this and several other soccer stadiums around the country were updated. The update in this case included a very strong and extensive solar panel network being fixed onto the roof.

As with the Johan Cruyff ArenA in Amsterdam, this stadium now powers the surrounding area rather than just the stadium itself. Specifically, there are about 6,000 solar panels on top of this stadium, which are able to generate electricity for between 900 and 1,200 homes.

Sometimes simply referred to as “National Stadium,” this 55,000-seat arena was built for the 2009 World Games and is now used mostly for soccer (despite not having a resident club). It’s best known for the unique architectural design, which some say resembles a giant, coiled dragon.

However, the design of Kaohsiung World Stadium isn’t just interesting to look at – it’s also engineered for efficiency. More than 8,000 solar panels supply all the power the stadium needs for its relatively robust output. In fact, some articles claim this was the first stadium to be powered by 100 percent solar energy.