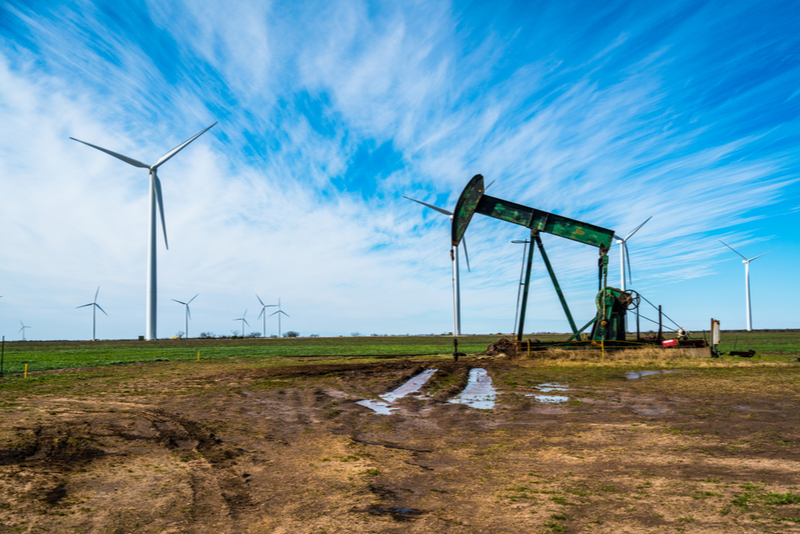 The federal government plans to open close to 2 million acres of national forests and grasslands in Texas to oil and gas drilling. If the rounds of public consultation stay on schedule, energy producers could have the opportunity to purchase leases for up to 20 years for land in eastern and northern Texas by 2021.

Four forests in the Haynesville Shale of East Texas and Louisiana and two grasslands in the Barnett Shale of North Texas would be affected by the plan, which aims to access over 68 million barrels of oil and 4.2 trillion cubic feet of natural gas. The U.S. Forest Service is proposing to allow oil and gas firms to drill more than 1,000 horizontal and 500 vertical wells to access the new sources of fuel.

The proposal has prompted opposition from environmental groups concerned about the impact the drilling would have on rare animal species and the local environment. But energy sector officials argue that oil and gas companies already have a presence in both areas and take adequate measures to ensure no damage is done to local waterways and wildlife habitats.

“Texas oil and natural gas operators comply with all state and federal regulatory requirements and adhere to the highest levels of safety and environmental standards,” said Ed Longanecker, president of the Texas Independent Producers & Royalty Owners Association. “This commitment holds true in all areas of oil and natural gas development throughout the state of Texas.”

Oil and gas companies drilled in both areas until 2016, when the Obama administration imposed bans on drilling on federal land following campaigns by environmental groups.

For the oil and gas sector, the opening up of new resources could help alleviate mounting concern over a widely reported slowdown in the shale oil and gas boom. Oil and gas drilling operations are down by 20 percent and 26 percent respectively since the fall of 2018, and the Energy Information Administration has repeatedly revised down its estimate for oil production growth in 2020.

But government officials and analysts argue that production growth in the Haynesville Shale could serve growing demand for liquified natural gas (LNG) exports. Infrastructure to transport the gas to market, including pipelines and gas processing stations along the Gulf coast, is already in place. Advocates of LNG say it can serve as a transitional fuel to help reduce carbon emissions, since it produces less greenhouse gases than coal.

“Given Haynesville’s proximity to the Gulf Coast, the natural gas produced in the play will have easy access to market, specifically to LNG plants which will depend on gas produced in the region,” said global oil and gas analyst Andrew Folse. Folse predicts a steady growth in demand for gas to be converted into LNG over the coming five years, saying that around $18 billion in investments are planned for LNG facilities in Texas and Louisiana.

On the other hand, opponents of the government proposal warn it could adversely impact the environment and efforts to combat climate change. They claim air quality in Houston and Dallas, two cities already struggling with smog issues, would be negatively affected. Endangered breeds, like the red-cockaded woodpecker, would lose their habitat.

“We need to be cutting our greenhouse gas emissions in half over the next decade to avoid the worst impacts of climate change, not opening up more land to fossil fuel extraction,” said Wendy Park, an attorney for the Center for Biological Diversity. “This is going in the wrong direction.”

Vast quantities of oil and gas on federal land

More than half of all U.S. natural gas resources are located on federally-owned land, according to How Stuff Works. If the 1.9 million acres of forest and grassland in Texas is opened up to leasing, the federal government will obtain 12.5 percent of revenue from the operations, while local governments and school boards will also receive financial benefits.

Federal lands in Texas are not the only areas being considered for leasing to the energy sector. The Trump administration revealed a plan last April that would open up around 1 million acres of federal lands adjacent to national parks in California to drilling. If implemented, the proposal would bring an end to a five-year-old ban on fracking in California imposed by a federal judge.

Criticism of the federal government’s proposal was triggered by the fact that the drilling operations would require up to 80 million gallons of water per year. Meanwhile, residents in some of the areas concerned are dealing with shortages of drinking water.

In Texas, the federal government’s plan would entail using 5 billion gallons of water to pump oil and gas from the underground wells. The operations would create 32 million gallons of waste water each year that would have to be disposed of, most likely by being injected back into the ground.

The U.S. Forest Service is scheduled to prepare a report on the leasing proposal before another round of public comment opens later in 2020. A final environmental assessment will be produced by the fall of 2020, following which a final decision on leasing the land will be taken.