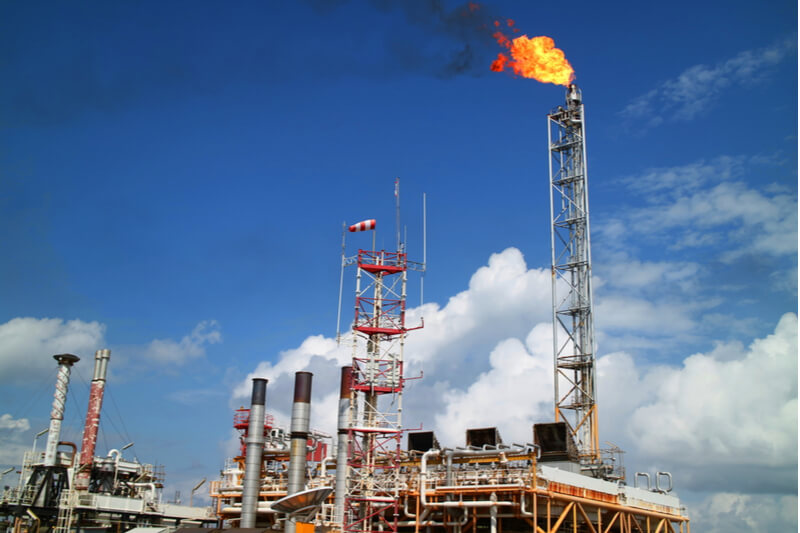 Environmentalists have long criticized oil and gas companies in Texas for flaring, the practice of burning off excess methane gas produced by oil and gas extraction. But despite numerous pledges by regulators and industry players to clean up their act, a recent survey by the Environmental Defense Fund suggests the problem is worsening.

Surveys over the Permian Basin conducted by a helicopter fitted with an infrared camera revealed that more than one in ten flares were either malfunctioning, failing to burn all of the methane, or were completely turned off. As a result, large quantities of uncombusted gas are vented into the atmosphere, a process that is even more damaging to the environment than flaring.

“Malfunctioning and unlit flares are a longstanding problem for the industry and one of the largest sources of methane emissions in the Permian,” explains David Lyon, a scientist with EDF. “The fact that we have not seen any improvement in flare performance over three separate surveys tells us that industry and regulators need to get much more serious about the problem. The best solution is to eliminate routine flaring altogether.”

The EDF conducted its surveys in February, May and June. In addition to revealing that a large number of gas flares do not function properly, the study also showed that overall flaring in the Permian is rising sharply. Although it declined rapidly between February and May due to the oil price crash and economic slowdown associated with COVID-19, levels rebounded in June by 50 percent compared to the previous month.

The Texas Railroad Commission, which regulates oil and gas producers, accepts that flaring is a serious problem. However, commissioners argue that companies operating in the Permian are already doing a better job at curbing the practice than many of their domestic and international competitors. According to Commissioner Ryan Siton, Permian operators flare less gas as a percentage of total output than other major energy-producing countries and regions, including North Dakota, Iran, and Russia.

Critics disagree, saying these comparisons let the energy sector off the hook, and ignore the fact that large quantities of methane are still being released into the atmosphere. If the Permian Basin was a country, it would have come in ninth place globally for total gas flared in 2018. More gas was flared in the Permian in 2018 than in Mexico or Angola.

Responding to the mounting criticism, the Commission moved towards adopting tougher rules around flaring and venting at its meeting in early August. Companies will have to provide more specific information to justify the need to flare when applying for a permit. Additionally, under each permit the length of time flaring is allowed could be cut by between 50 and 80 percent. RRC chairman Wayne Christian described the measures, which will come into force after a 30-day consultation period, as “an important first step.”

Supporters of tougher flaring regulations for oil and gas producers point to growing evidence of the risks to human health caused by the process. For example, a recent study conducted by researchers at the university of Southern California and UCLA found that women living close to oil wells where flaring takes place are 50 percent more likely to give birth prematurely than women who are not exposed.

The study noted that flaring releases harmful substances, including benzene, carbon monoxide, and heavy metals, into the surrounding environment.

Researchers also found that the negative impact of flaring disproportionately affected socially disadvantaged populations. “Women who identified as Latina or Hispanic in our study were exposed to more flaring and more likely to see an increased risk of preterm birth, raising environmental justice concerns about the oil and gas boom in south Texas,” says Lara Cushing, an environmental health scientist at the UCLA Fielding School of Public Health. “Our study adds to the evidence that oil and gas development is negatively impacting birth outcomes and suggests stricter regulation of the industry is needed.”