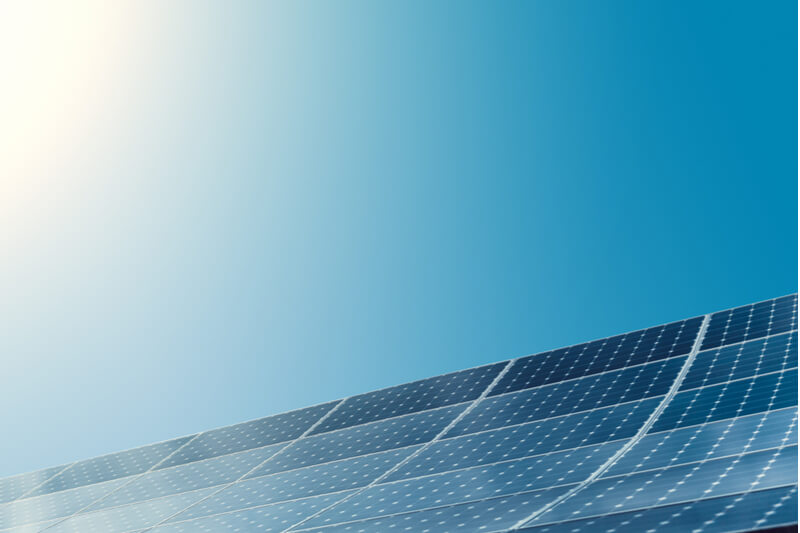 San Antonio leads the way when it comes to solar capacity among cities in Texas. CPS Energy, the municipally-owned utility which provides power to residents and businesses, increased its solar capacity by 36 percent over the previous year, according to a recent report by the Environmental Texas Research Policy Center. On the national level, San Antonio came in fifth place, with Los Angeles leading the way.

CPS Energy either owned or has contracted 254.47 megawatts of solar power, which is the second-largest capacity of any publicly-owned utility in the nation. Mayor Ron Nirenberg welcomed the increase in solar power, describing it as a sign that the city is “moving in the right direction to ensure a sustainable, resilient future.” Nirenberg added, “Over the long run, the move toward solar is both environmentally and economically sound.”

The growth in solar power over the past year may appear modest in retrospect, especially if CPS Energy’s latest plans for a vast expansion of solar panels takes place on schedule. As part of a goal to obtain 50 percent of the utility’s energy from renewable sources by 2040, CPS announced in July its plan to add an additional 900 megawatts of solar generation over the next few years.

The ambitious new proposal, which includes 50 megawatts of battery storage and 500 megawatts of “new technology solutions,” is currently at the request for information (RFI) stage. Information gathered by the utility will be fed into a request for proposal (RFP) at a later date, at which point providers will be able to offer their services.

The 900 megawatts of solar generation included in CPS Energy’s plan equates to 20 percent of currently installed solar capacity across Texas as a whole. But the utility isn’t the only one looking to significantly grow its solar portfolio. According to the Solar Energy Industries Association, solar capacity in Texas is expected to increase by more than 14.4 gigawatts over the coming five years.

CPS is also participating in a pilot project to promote increased use of solar power. The Big Sun Community Solar initiative, run by Go Smart Solar, aims to install 2,000 solar panels at parking lots across the city. The panels will be offered for purchase to residents or business owners who can’t install their own solar panels. In return, the owners of the panels will get a rebate on their CPS Energy bill.Another element of CPS Energy’s plan is energy efficiency. The upcoming RFP is likely to help support a new stage of the utility’s Save for Tomorrow Energy Program (STEP). Between 2009 and August 2019, STEP brought 771 megawatts in energy efficiency savings, and CSP intends to increase those savings going forward.

The expansion of solar capacity and other renewable sources of power generation in San Antonio appears likely to reduce the city’s reliance on coal and nuclear power sources. Between 2008 and 2019, the percentage of CPS Energy’s power generated by renewables more than doubled from 7.4 percent to 14.9 percent. During the same period, coal generation collapsed from more than 40 percent to 22.4 percent, while the share of nuclear power declined gradually from 36 percent to 29 percent.

The largest source of power generation for the city remains gas, which accounts for 32 percent of total energy production. This reflects CPS Energy’s assessment that ensuring affordable energy rates for consumers demands a balance between fossil fuels and renewables, which are still more expensive than coal and gas.

CPS plans to maintain two coal power plants through at least 2032, a decision that has angered environmentalists. The Spruce Unit 1 coal power plant, which cost $1 billion to build, only came into service in 2010 and has a lifespan of 40 to 60 years, meaning CPS could still be relying on coal power by 2070 if the facility is run to the end of its capabilities.

This prospect is frustrating for Sierra Club organizer Greg Harman, who rejects the claim that shutting down coal plants sooner would be costly. “A lot of people are making fast assumptions that the mothballing and closing of the Spruce units means higher bills and higher costs,” commented Harman. “The costs of solar are coming down and coal can actually be more expensive.”

But CPS chief executive Paula Gold-Williams disagrees, pointing out that coal plants continue to have an important role to play. “Now, do we still have (emissions)? Yeah, but we reduced them significantly. And for now the reliability of those units are huge,” she said.