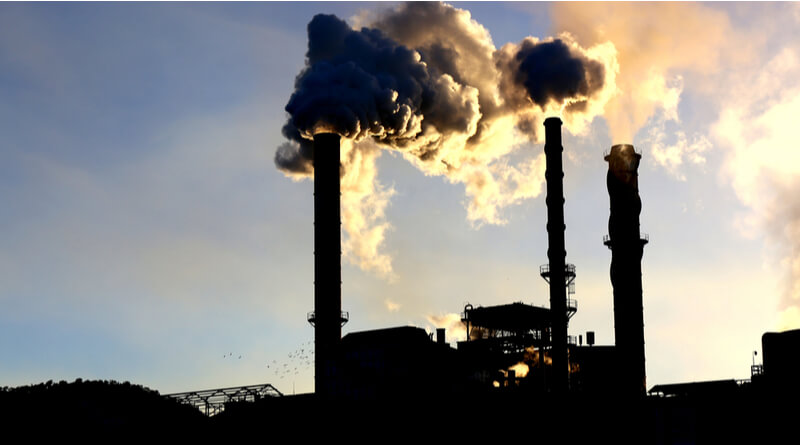 The Texas Oil and Gas Association, the main industry group for energy producers in the state, has acknowledged that fossil fuels contribute to climate change. Todd Staples, president of TXOGA, stressed that more needs to be done to safeguard the climate, and oil and gas companies are in the best position to take those steps.

The president’s comments mark a shift in the industry’s public position, which has long been to deny or downplay the effects of burning fossil fuels on the climate.

“I think Texas is at risk if we don’t have a very real, factual-based conversation about our climate, about our environment, and about the progress that needs to be made,” said Staples. “I think Texas-based oil and natural gas companies are committed to making climate progress. They’re committed to a lower emissions future.”

Staples is an opponent of the Paris Climate Accord, which was reached in 2015 and calls on signatories to take steps to reduce carbon emissions. The TXOGA president also remains a critic of strict state regulation of the energy sector. Instead, he argues that industry players can make their own contribution to emissions reduction by embracing new technologies, like carbon capture.

The TXOGA’s shift on climate change is part of a broader turn in the fossil fuel industry toward stressing the need for a lower carbon future. The American Petroleum Institute (API), the main fossil fuel industry body in the United States, is leading the way with a slight but significant change in its terminology.

Instead of referring to its members’ operations in the “oil and gas” sector, the phrase long used to describe the energy market, API now prefers the term “natural gas and oil.” The change means that natural gas, which produces much lower levels of carbon emissions than oil, receives more attention at public events and in advertising.

“Bold and achievable action on climate change at the global level is essential,” he said, “and America’s natural gas and oil industry is committed to innovation and leadership to make these ambitions more than just hopes and dreams.”

Is natural gas cleaner than coal?

Advocates for the oil and gas industry’s ability to produce cleaner energy point to the decline in US greenhouse gas emissions in 2019. According to the Rhodium Group, emissions declined by 2.1 percent, primarily due to an 18 percent drop in coal power generation. Coal was largely replaced with cheap natural gas power generation, which produces just half the levels of carbon emissions created by coal plants.

However, a recent report from the Environmental Integrity Project points out that the expansion of the natural gas sector in Texas and Louisiana is set to be so dramatic that the lower levels of emissions may be offset by the sheer quantity of natural gas used. The study found that over the next five years, greenhouse gas emissions could rise 30 percent compared to 2018 levels.

Opponents of the fossil fuel industry are extremely critical of its attempts to promote the benefits of natural gas. They argue that higher levels of methane, which is a more powerful greenhouse gas than carbon dioxide, could make gas no better in terms of emissions than coal or oil.

If methane leaks into the atmosphere during natural gas production, it can heat the planet at a speed 80 times greater than carbon dioxide over a 20-year period. Robert Howarth, an earth system scientist at Cornell University, estimates that North American shale gas production could account for one third of the global increase in methane emissions over the past ten years.

“This embarrassing attempt at rebranding doesn’t change anything about the dirty fossil fuels API is pushing,” argued Kelly Martin, director of the Sierra Club’s Beyond Dirty Fuels campaign. “No matter what order they say them, oil and gas are both deadly, both dangerous, and both pose a grave threat to our communities, public health and the climate.”

A November 2019 New York Times investigation into natural gas sites in the Permian Basin in western Texas found six were releasing methane at unusually high levels. According to the report, the companies operating the sites are currently lobbying for a relaxation of methane regulations so that operators are not required to install technology to detect and repair leaks.

Tim Doti, a former official at the Texas Commission for Environmental Quality, described the leaks identified by the Times inquiry as “a crazy amount of emissions.”