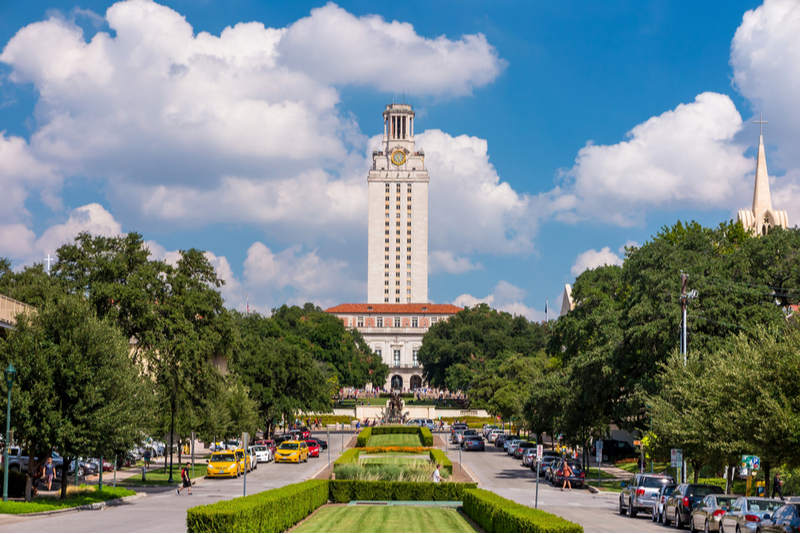 Texas is home to a deregulated energy market, the most wind-generated power in the country, and the oldest winner of the Nobel Prize for chemistry. Dr. John B. Goodenough, a professor of engineering at the University of Texas, Austin, made waves last year with his role in developing rechargeable lithium-ion batteries.

Alongside colleagues Stanley Whittingham and Akira Yoshino, Goodenough received this honor at the age of 97 – beating out the previous record holder, Arthur Ashkin, who was 96 when he won the award.

In a statement, Goodenough said, “Live to 97 and you can do anything. I’m honored and humbled to win the Nobel Prize. I thank all my friends for the support and assistance throughout my life.”

According to The University of Texas at Austin’s staff biography, Goodenough’s role in developing the lithium-ion battery was crucial. “He identified and developed the critical materials that provided the high-energy density needed to power portable electronics, initiating the wireless revolution,” his biography states.

The Nobel Committee called Goodenough’s breakthrough “a decisive step towards the wireless revolution” that has “laid the foundation of a wireless, fossil fuel-free society and are of the greatest benefit to humankind.”

A life of education, service and research

Goodenough’s accomplishments began long before winning the Nobel Prize. Born in Germany to American parents, Goodenough went on to attend Yale University, earn his bachelor’s degree in mathematics, and serve as a U.S. military meteorologist in World War II. He later earned his master’s degree and Ph.D. in physics at the University of Chicago.

After graduating, Professor Goodenough began his professional career at the Lincoln Laboratory at the Massachusetts Institute of Technology (MIT). Here, he laid the foundation for what would become the random-access memory (RAM) for digital computers.

Goodenough later left MIT, joining the University of Oxford as the head of the Inorganic Chemistry Laboratory. During his time at Oxford, he discovered and conducted extensive research into the lithium-ion battery.

Taking the first functional lithium battery, Goodenough and his colleagues were able to double the battery’s potential by implementing lithium cobalt oxide as the cathode of a lithium-ion battery. Since this development in 1979, the lithium-ion battery has become the centerpiece in many of the technologies we rely on today.

Goodenough has been a professor at UT Austin since 1986. Further, he has served as an adviser to the Joint Center for Energy Storage Research. In addition to the Nobel Prize, Goodenough has been awarded the National Medal of Science, the Charles Stark Draper Prize, and the Copley Medal.

Even now, Goodenough continues to develop new battery concepts with fellow researchers. He currently is focused on all-solid-state batteries, which may provide better safety.

“I have learned to be open to surprises,” Goodenough told the University of Chicago Magazine. He also explained it’s important to “not have preconceived ideas or close your mind from listening to what might work.”

Caitlin Ritchie is a writer within the energy and power industry. Born in Georgia, she attended the University of Georgia before earning her master’s in English at the University of North Carolina at Charlotte.  Reach out to us with any questions or concerns.