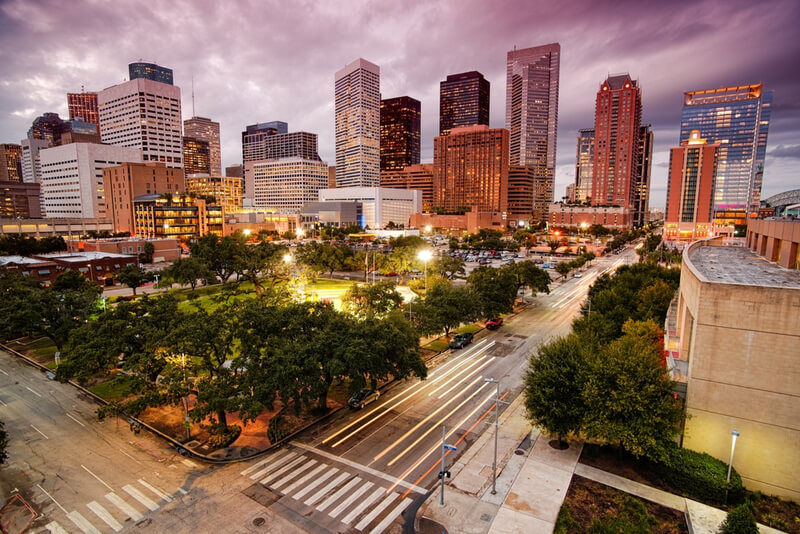 On Monday, Governor Gregg Abbott announced he would allow the Texas stay-at-home order to end on April 30. This will initiate “phase one” of the state’s reopening plan.

In a press conference, Abbott explained all retail stores, restaurants, movie theaters and malls would be permitted to reopen on May 1 – with the caveat that they limit occupancy to 25 percent. Museums and libraries are also allowed to reopen as long as they keep interactive areas closed. Abbott also encouraged “vulnerable populations” to remain at home “if at all possible.”

If phase one is successful, phase two could begin as early as May 18. The second phase would allow businesses to increase their occupancy to 50 percent. Phase two may also allow barbershops, salons, gyms and bars to reopen.

The Texas stay-at-home order began on April 2. When it expires on April 30, the Lone Star State will have the shortest of these orders in the country. Abbott maintains that Texas residents should continue to practice social distancing, and Texas leaders have urged everyone to wear masks or facial coverings.

Rural counties with less than five cases of COVID-19 will be allowed to open approved businesses with 50 percent occupancy. Half of the counties in Texas fall into this category.

ERCOT predicts the end of the Texas stay-at-home order will impact electricity usage. 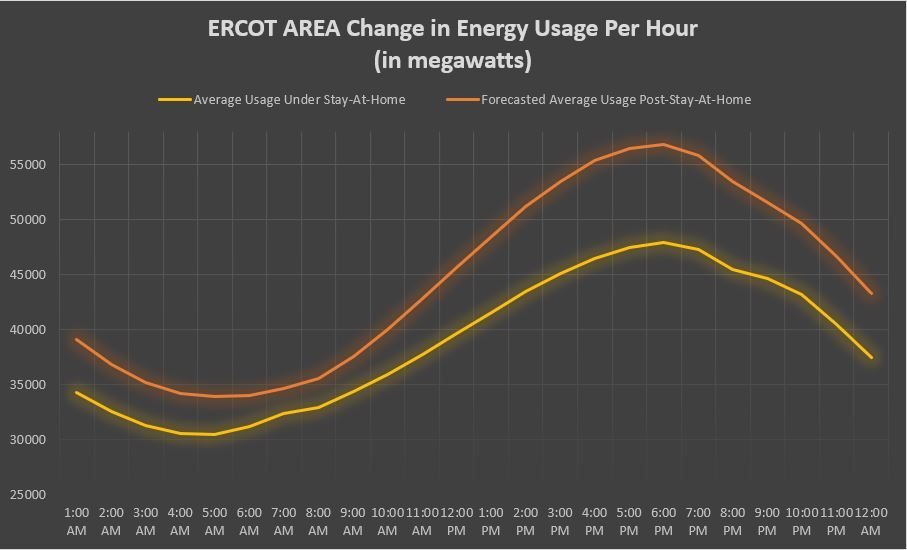 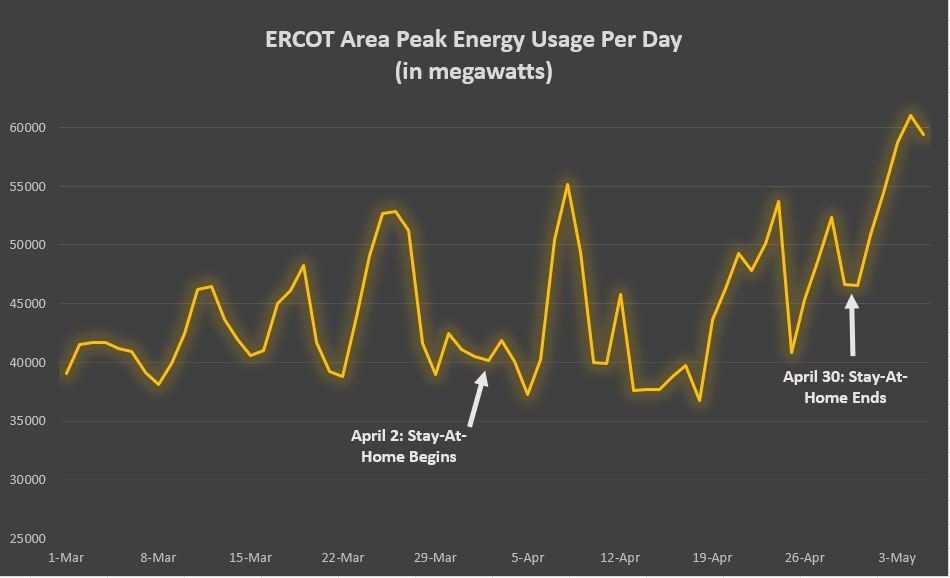 Under statewide quarantine, the Lone Star State saw a decrease in electric demand due to commercial buildings being closed. Overall, residential energy usage was up across the state.

ERCOT believes the Lone Star State will see a spike in electricity demand as approved commercial businesses begin to reopen at a sudden rate. Many of these businesses will likely require additional electricity as they work to get their retail locations back in working order.

ERCOT provides weekly reports and will likely comment on the accuracy of these predictions in the coming week. Choose Energy will continue to monitor these reports.

Learn more about the Choose Energy Writing Team. And drop us a line with any suggestions, questions, or comments.