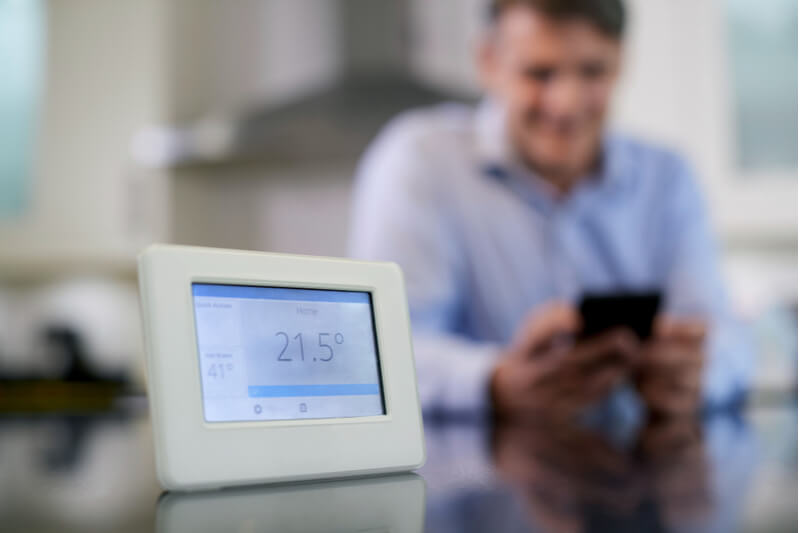 The Public Utility Commission (PUC) has made changes to smart meter rules that allow customers take advantage of new technologies to manage energy costs. Although the decision doesn’t go as far as allowing consumers to monitor their usage in real time, they can now request on-demand readings from their electricity provider.

Whereas an on-demand reading provides an overall snapshot of energy consumption in a customer’s home or business, real-time technology allows constant monitoring of fluctuations in energy costs and usage. Supporters of real-time monitoring say it can help customers save costs by turning off appliances when energy prices go up or setting them to run when prices decline.

A previous version of the PUC’s proposal suggested imposing a cap on the number of on-demand readings consumers can request. But this was removed in a decision welcomed by the Texas chapter of the Sierra Club.

The new rule “is much improved from its previous version, although it still falls short of assuring that Texas consumers who have paid for and will continue to pay for smart meters through rates have sufficient access to real-time or near real-time data to better control their energy use,” according to the Sierra Club’s Cyrus Reed.

The PUC’s decision is aimed at ensuring electricity providers and customers can benefit from smart metering technology.

Smart Meter Texas (SMT) was launched statewide by the Electric Reliability Council of Texas (ERCOT) in 2007. Its supporters argued it was a key part of the deregulated energy market, since it would allow customers to monitor the cost of energy and decide when to use certain appliances. For example, dishwashers or clothes dryers could be scheduled to run at night or over the weekend, when energy prices are typically lower.

But SMT has yet to fulfill its potential. In 2018, less than 1 percent of the 7.3 million meters linked to SMT were using the functions to track energy prices in real time. Critics say this was because electricity providers failed to make the system easily accessible to customers. Centerpoint, for example, complained that it spent over $30 per year for the maintenance of each of the network devices required to use the SMT system.

The PUC and a group of major utilities reached a compromise solution allowing customers to receive on-demand readings no more than twice an hour.

The deal was criticized at the time by Griddy, which offers its customers the option to buy power at wholesale prices in real-time. “The big utilities have big investments in the existing way and going to real time and more transparency isn’t really in their best interest,” commented Greg Craig, Griddy’s CEO.

In 2018, the PUC also  approved an overhaul of the SMT website designed to make it easier to use for customers and electricity providers.

Are customers missing out?

“There is so much focus that has been put on the Home Area Network, which is an older technology that did not have great customer uptake,” Michael Jewell, a consultant who has worked with the Solar Energy Industries Association and demand response firm Enel X, says in an interview with Utility Dive. “What is being ignored, is there is new technology that could meaningfully take advantage of real-time data. To close the opportunity for that communication with the meters, at the very time when that technology is coming to the fore, doesn’t seem to be forward looking.”

However, Oncor, the largest electricity utility in Texas, believes that changes in technology make the proposal for real-time readings unworkable. Additionally, the utility supports restricting two-way communications between customers and providers to advanced meters only. This means that smart technology in the home, like dishwashers or HVAC systems, would not be able to respond directly to price changes.

Utilities in the parts of Texas not regulated by ERCOT appear to agree. In a submission to the PUC, they argue that on-demand readings are “the reasonable minimum capability that should be required considering that it appears few customers need or want HAN.”