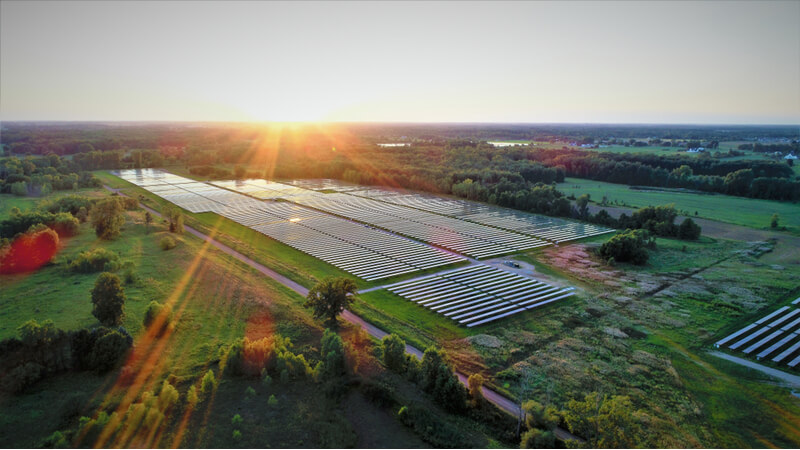 As part of an ambitious drive to cut carbon emissions, Vistra plans to construct six large solar facilities in the Texas electricity market by 2022. Together with a new battery storage site, the projects will cost a $850 million. These projects are part of the Irving-based company’s Vistra zero initiative, which aims to achieve net zero emissions by 2050.

The solar projects range from two 200-megawatt facilities in Henderson County and Hood County, to a 10-megawatt expansion of the Upton 2 Solar and Energy Storage Facility in Upton County.

Vistra will also add 260 megawatts of battery storage capacity with its DeCordova Energy Storage site. The total of 930 megawatts of capacity across Vistra’s seven facilities is enough to power around 190,000 Texas homes during peak demand.

The company’s announcement of almost 1 gigawatt of solar and storage in Texas is the first step in a transition away from coal power generation. Another 1 gigawatt of solar is already in the pipeline. “Vistra’s commitment to our transformation to a low-to-no-carbon future is unequivocal and offers unique opportunities for growth and innovation,” said Vistra CEO Curtis Morgan.

The company estimates that the two largest solar projects, in Henderson and Hood counties, will support 2,000 jobs during the construction phase, which will be completed by 2022. Vistra did not specify how many permanent employees it would need for its six solar sites and one storage facility.

Changed days for the energy company

Vistra’s embrace of renewables marks a major shift in the company’s operations. Vistra brands include TXU Energy, which planned to build 11 new coal power plants in 2005. Only three of those plants were constructed as many energy companies began to invest in renewable power sources.

Over the past four years, the company announced the closure of 19 coal power plants. These closures include three huge facilities in Texas with a combined generating capacity of 4 gigawatts.

In 2017, Vistra financed construction of the largest solar power facility in Texas at the time. The Upton County Solar 2 project has a capacity of 180 megawatts and is operated by Luminant, Vistra’s subsidiary.

Luke Metzger of Environment Texas, an advocacy group focused on promoting clean energy and environmental protection, acknowledges Vistra has made progress. “They deserve credit,” commented Metzger. “They still have some significant environmental problems they need to address. But their trends are definitely encouraging.”

Although the company is moving rapidly to shutter most of its coal fleet, natural gas will continue to account for most of its energy production over the coming years. Natural gas currently makes up about two thirds of Vistra’s generation capacity, and it is set to remain at that level 10 years from now.

Even with the coal plant closures, Vistra will continue to rely on coal for 10 percent of its energy generation in 2030. Renewables, which currently account for a mere 0.5 percent of the company’s energy, will increase to 18 percent.

Vistra argued in favor of its push to increase renewables and cut back on coal in its Climate Report. The September document describes climate change as “a defining issue of our time.” The report included a target of cutting greenhouse gas emissions by 60 percent by 2030.

The report projects investments in around 6 gigawatts of renewable energy projects over the next decade across Vistra’s operations. Texas accounts for around 50 percent of Vistra’s overall business, so some of these projects will be built outside of the Lone Star State.

However, the report noted that natural gas facilities “will be critical resources to maintain the reliability and affordability of electricity in the U.S. for the next several decades.” The report added that technological advances could help lower emissions from its natural gas plants, which “may be able to be retrofitted to use hydrogen as a fuel.”

Climate change experts argue that while natural gas produces lower emissions than coal, its widespread use associated with the shale oil boom has resulted in higher carbon emissions. A study published by Stanford University in 2019 found natural gas use rose so sharply over the preceding six years in the U.S. that the additional carbon emissions more than offset the reduction in greenhouse gases caused by the declining use of coal.