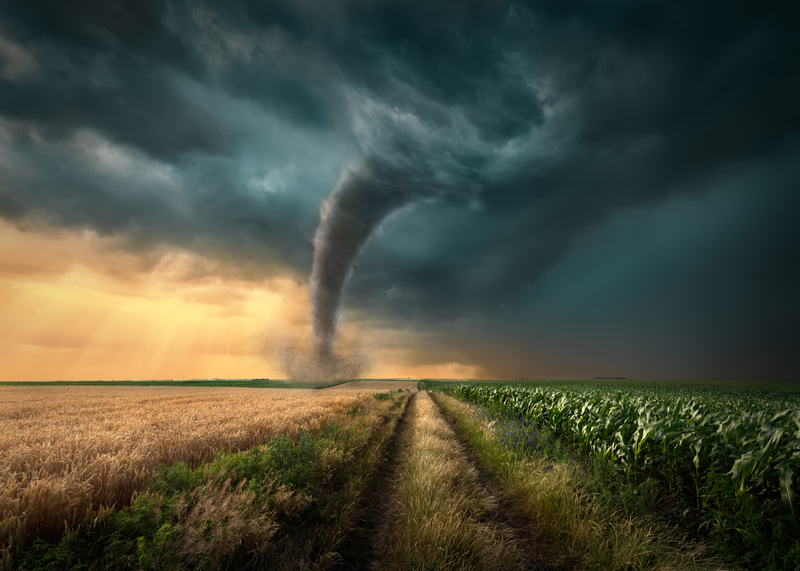 Unlike hurricanes, there’s no set season for tornadoes. The powerful storms can strike nearly anytime at some location in the U.S. True, the peak time in the Southern Plains is wrapping up, but things in the Northern Plains, upper Midwest and the South are just really getting cranked up.

About 1,200 tornadoes occur in the U.S. every year, according to the National Severe Storms Laboratory. The narrow, violently rotating columns of air span from the ground to the base of a thunderstorm.

Researchers don’t completely understand how tornadoes form, according to the NSSL. Rotating thunderstorms called supercells or mesocyclones generally are considered the genesis of tornadoes. From there, temperature differences across downdrafts that wrap around the supercell often trigger the higher winds, hail, downpours and other conditions characteristic of tornadoes.

Note the word often, however. The NSSL says these temperature variations aren’t always present and weren’t for the May 3, 1999, tornado outbreak in Oklahoma – which killed 36 and caused $1.5 billion in damage, with winds reaching more than 300 mph or higher. It is one of the most destructive storms ever.

So what do I do before, during, and after a tornado?

The Centers for Disease Control have some excellent advice for tornado safety. Some of the CDC tips:

Fact No. 5: Tornadoes are dangerous, but with a lot of preparation and a little luck, you can stay safe during the storm.

Arthur Murray directs ChooseEnergy.com’s newsroom, taking advantage of nearly 30 years of newspaper and magazine experience. A native of Virginia, Arthur attended the University of North Carolina at Chapel Hill and graduated with a bachelor’s in journalism. Reach out to us with any questions or concerns.