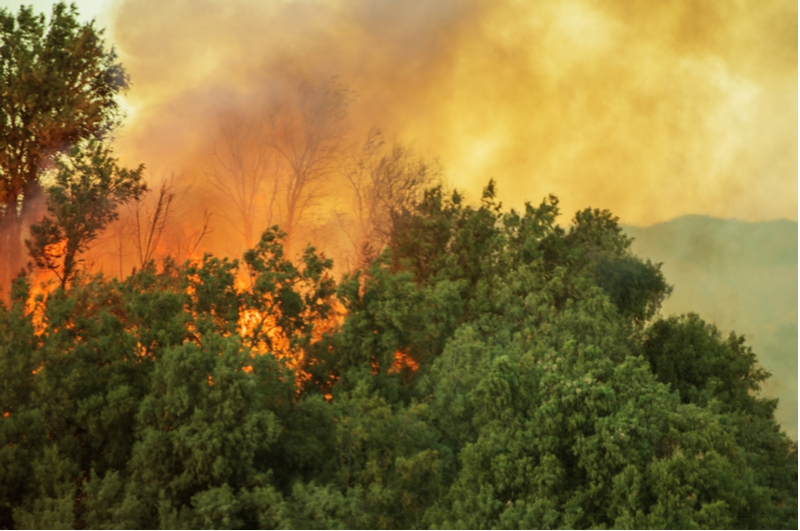 The California Public Utilities Commission has approved a plan allowing the state’s utilities to increase power shutoffs during this summer’s wildfire season. The proposal, which also includes intensified efforts to clear branches and brush from around power lines and monitor weather-related risks, aims to reduce the threat of power lines triggering wildfires.

In its decision, the commission stresses that shutoffs should only be used as a last resort, under conditions in which there is an extremely high threat of a fire breaking out, such as during high winds. “When those conditions exist, this is one of the tools we have in our toolbox to save lives and prevent destruction,” explains commission Liane Randolph.

Michael Picker, president of the CPUC, warns that people living in high threat areas “should not count on getting a warning or having a reliable supply of electricity” during the summer months.

Other actions by the commission

The CPUC also backed other measures aimed at combatting the threat posed by California wildfires. Pacific Gas & Electric, whose areas of operation are most affected by the plan, and other utilities must also improve their warning systems for emergency situations.

Additionally, the utilities will step up the use of HD cameras to monitor their power lines and establish more weather stations so that they can better determine when the wildfire risk increases.

In addition to PG&E, the new rules impact California’s other two major investor-owned utilities, San Diego Gas & Electric and South California Edison. All utilities must justify their decision to shut off power to the regulator, including by explaining why they felt alternative options were insufficient. Further, the major utilities have to develop a statewide education program to inform the public about the shut-off risk.

The new measures are in large part a response to the catastrophic wildfires that have erupted across the state over recent years. The Camp Fire, which broke out last November, killed 85 people and caused billions of dollars in property damage. California’s deadliest wildfire to date was triggered by a spark from a poorly-maintained PG&E power line. The huge costs resulting from the Camp Fire led the utility to declare bankruptcy in January.

In an attempt to stop a repetition of last year, PG&E’s plan approved by the CPUC calls for the replacement of wooden power line poles with less flammable materials. Power lines will also be covered in some high-risk areas to prevent flying sparks from setting light to nearby branches, brush, or other debris.

The stricter regulations are welcomed by those who say PG&E was too lax in its safety standards prior to the Camp Fire. The tower that ignited the Camp fire was 25 years past its useful life, according to the company’s own guidelines. Since 2015, five of California’s 10 major wildfires have been linked to PG&E equipment. As Catherine Sandoval, a former California regulator, puts it, “Some people believe that you run equipment to failure. They believe ‘run to failure’ to save money. This is the danger of run to failure.”

A question of liability

Moving forward, politicians and regulators in California recognize that wildfires will be a major problem for years to come. As a result, discussions are ongoing on ways to reduce the burden for utilities to cover all costs emerging from a wildfire, particularly in situations where the fire broke out even though the utility followed all existing state regulations.

Supporters of limiting utility liability argue it is unfair to leave the companies on the hook for multi-billion damage costs. Moreover, they point out that these huge outlays, combined with the downgrading of the major utilities’ credit-worthiness, prevents critical investments being made in power grids due to a lack of funds.

California’s Commission on Catastrophic Wildfire Cost and Recovery, established by Gov. Gavin Newsome in the wake of the Camp Fire disaster, came out in favor of limiting utility liability in late May. A draft report called for an end to the state’s policy of holding utilities responsible for all wildfire damage, which is known as inverse condemnation.

One alternative that has been suggested is a fault-based model, meaning that utilities could only be held liable if evidence shows they have been negligent in operating their systems.

In a joint statement with the leaders of California’s House and Senate, Newsome indicated that reduced liability may be an option, declaring, “We are committed to continuing the exploration of the impact of strict liability on the costs to ratepayers, on wildfire victims and on the solvency of our utilities. If the trend of massive, catastrophic wildfires persists, we may need to pursue additional changes.”

Another proposal in the commission’s report is for legislators to establish a special emergency fund for covering the cost of wildfire damage and helping those affected by fires.