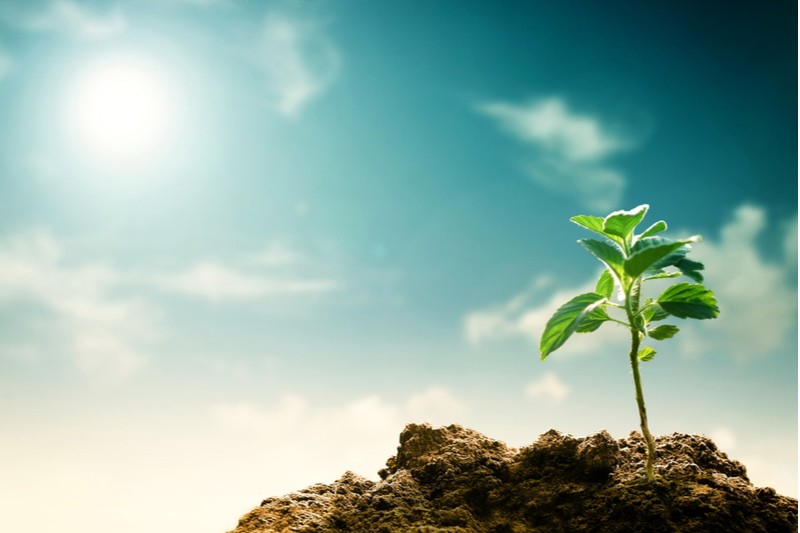 Currently, many Texans are focused on further renewable development, including the transition from centralized fossil fuel systems to a flexible, reliable smart grid. The push for this transition has led to a heated debate among lawmakers and citizens for policy change.

Clean energy transmission is intermittent. This drawback could also become a strength if enough sources can be connected, according to expert Joshua Rhodes. Building large transmission lines is very expensive, Rhodes adds, and there is often resistance from communities near the build site.

“Study after study shows that the better connected the grid is, the more renewables we can reliably incorporate into the system. If we limit how much we can connect different grid regions, it is possible to still decarbonize, but it only makes it more expensive,” explains Rhodes, research associate at the University of Texas at Austin’s Energy Institute.

While Texas holds great potential for wind and solar, it also shoulders the unique distinction of being the biggest fossil fuel polluting state in the nation. Moreover, the state faces a lag between the time it takes to move policy toward mitigating the impact of climate change and the enormous cost of fully realizing a modern decarbonized grid.

Policy change is at the crux of changing the infrastructure

“I might sound like a broken record, but if we could build transmission, it would bring down the costs,” Rhodes emphasizes. “There is no federal body that oversees electricity transmission lines like there is for pipelines (FERC), so that makes it harder to bring all the regulatory bodies together to agree to new lines.”

Currently, the Department of Energy reports there are 9,200 electric generating units with the potential to handle over one million MW through 600,000 miles of transmission lines across the United States. However, a modern grid upgrade that could handle a variety of renewable clean energy sources will not come cheap or easy.

Consultancy Wood Mackenzie estimates the switch to decarbonize the U.S. grid will cost about $4.5 trillion.

Part of the solution could include getting small scale Distribution Energy Resources optimized and interconnected by working with what is already available. The National Renewable Energy Laboratory finds the nation already has what it needs to power up renewable energy technologies.

Support for policy change is picking up speed at the national level to help spur more grid efficiency and deal with a huge energy load in the decades to come.

If passed, the proposed Energy Innovation and Carbon Dividend Act estimates carbon pricing could mitigate 40% of the carbon impact from 2016 levels over the next 12 years. The bill, which has garnered bipartisan support, projects 90% of carbon emissions will be reduced by 2050.

Recently, the U.S. Conference of Mayors met to approve their resolution calling for federal carbon pricing.

Among several key points, the mayors cite the 2017/18 Fourth National Climate Assessment and global scientific consensus that human activity and greenhouse gas emissions are to blame for global warming. Additionally, the impact of global warming may be irreversible. The mayors also focus on how charging a fee for carbon emissions could spur the transition from fossil fuels to clean renewable energy, promote innovation and reduce reliance on foreign energy sources.

Maria Valentina Harmjanz, co-president of Citizens’ Climate Lobby at the University of Texas, Dallas Chapter, said their student volunteers and professors on campus are pushing to support clean energy technology and efforts to reduce the greenhouse gas impact.

Citizens’ Climate Lobby engages UTD professors in environmental and economic disciplines both for guidance and for endorsement of the Energy Innovation and Carbon Dividend Act.

“Ultimately, we are citizen lobbyists, so we aim for members of our student-led chapter to join with volunteers from other CCL chapters to directly meet with our elected officials in lobby meetings,” Harmjanz explains.

The organization is part of an international grassroots effort to impact environmental policy. Through regular outreach on campus, Harmjanz connects the voices of students to members of congress and cultivates relationships by meeting one on one with state representatives to build support for climate solutions.

Citizens’ Climate Lobby also engages university professors in environmental and economic disciplines for endorsement of the highly anticipated passage of the bill. Their focus now is to create more awareness of the urgency and help pave the way for elected officials to support the Energy Innovation and Carbon Dividend Act.

“Grasstops support from our state representatives and grassroots support from community, both on and off campus, demonstrates to our elected officials that the political will exists in Texas to take meaningful action to address climate change,” Harmjanz states.